Do A Barrel Roll 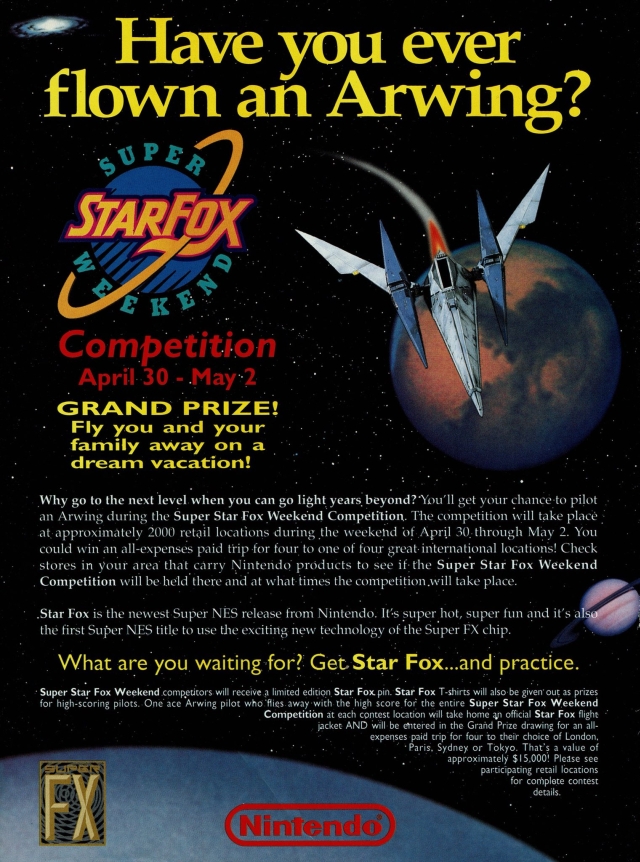 Super Starfox Weekend
Nintendo (April 30 - May 2, 1992)
One of the coolest contests Nintendo ever held began twenty years ago today.  Gamers across the country gathered at the approximately 2,000 participating retail locations to compete for the top score on the Starfox Official Competition Cartridge.  The SNES cartridges that were used in the contest were later made available for sale through Nintendo Power for $45.  They now sell on eBay for hundreds of dollars, as do the pins, t-shirts and flight jackets that were given away as prizes.