A Winner In Hazleton 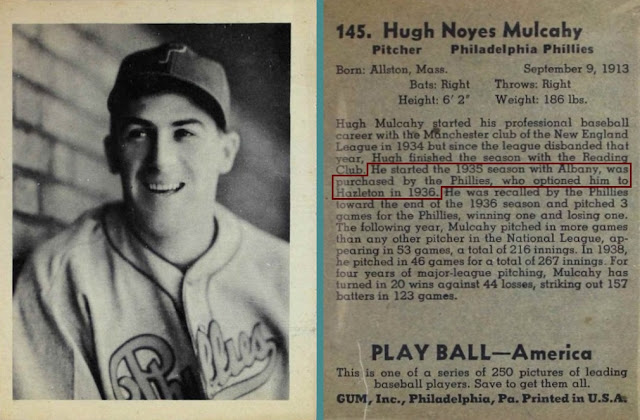 Hugh Mulcahy
Hazleton Mountaineers (1936)
In my research for the 100th birthday of "Losing Pitcher", I came across this 1939 Play Ball card that mentioned that Mulcahy pitched in my hometown for most of the 1936 season.

Hazleton is not a very large city, but it had an off-and-on presence in minor league baseball from 1887 to 1950 which included the Hazleton Mountaineers.  According to Baseball America, the franchise got its start after Star Park in Syracuse fell down and the Syracuse Stars of the Class A New York-Penn League relocated to Hazleton.  The Hazleton Mountaineers were an affiliate of the Philadelphia Phillies from 1934 to 1936, and Mulcahy was a pitching prospect who was optioned to Hazleton at the start of the 1936 season.

While his major league career may have been defined by losses, Hugh Mulcahy was phenomenal with the Hazleton Mountaineers.  The 22 year old finished the 1936 season with a record of 25-14 and won the league MVP award.

He may have been a losing pitcher in the big leagues, but he'll always be an ace in Hazleton. 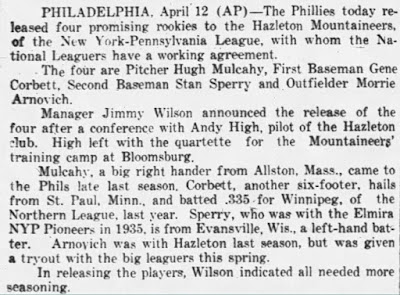 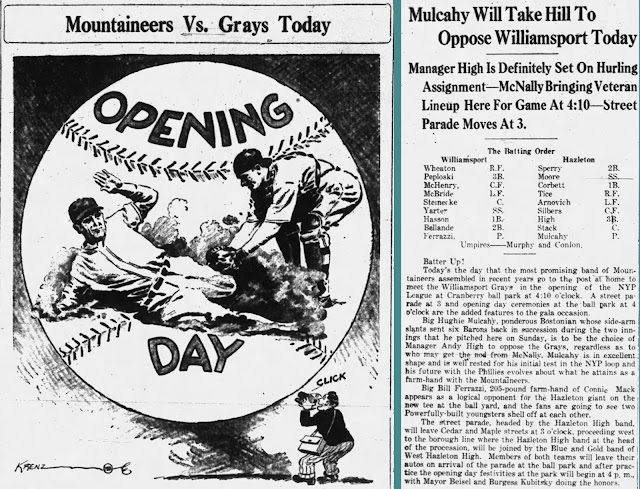 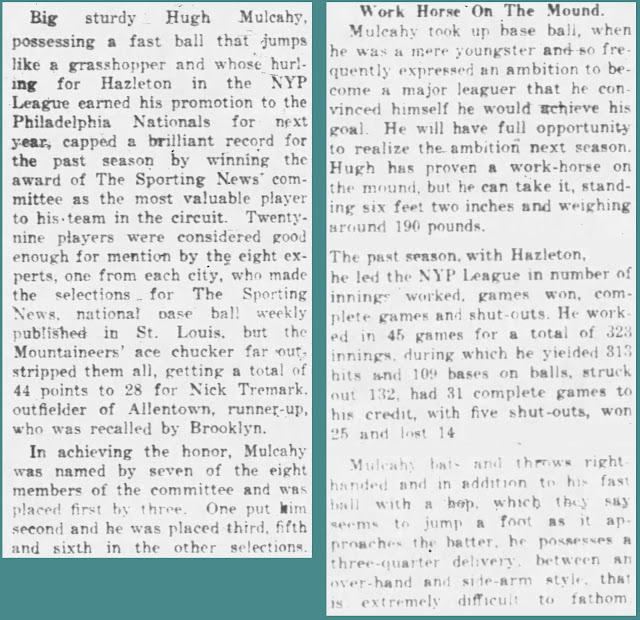