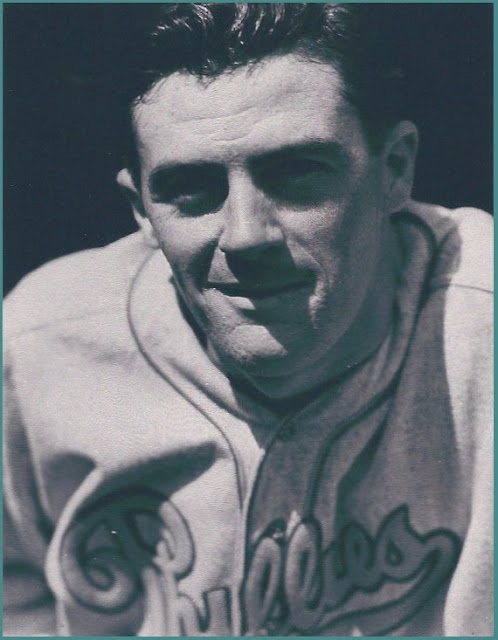 Hugh Mulcahy
Philadelphia Phillies (1935 - 1946)
Right handed pitcher Hugh Mulcahy was born 100 years ago today.  He is best known for having the unfortunate nickname of "Losing Pitcher" during his time in the National League.

In 1938, Mulcahy led the league with 20 losses pitching for a Phillies club that went 45-105.  Despite having a record of 10-20 with a 4.61 ERA, he finished 25th in the NL MVP voting.  He didn't have the most losses for the 1939 season when he finished 9-16, but he did lead the league in earned runs allowed, wild pitches and hit batsmen.  The 1940 season was simultaneously his most successful and least successful season.  He was named to the National League All-Star Team and he once again received MVP votes, but he also reclaimed his crown as the league leader in losses, finishing the season with a record of 13-22.

He managed to avoid leading the league in losses for the next five seasons after being drafted to fight in World War 2 just before the start of the 1941 season.  In fact, he was the first MLB player to be drafted to fight in the war.  He didn't come back to baseball until the war was over in 1945.  He pitched in parts of three more seasons in the big leagues, two with the Phillies and one with the Pirates.  He ended his Major League career with a record of 45-89, never once pitching a season in which he had more wins than losses.