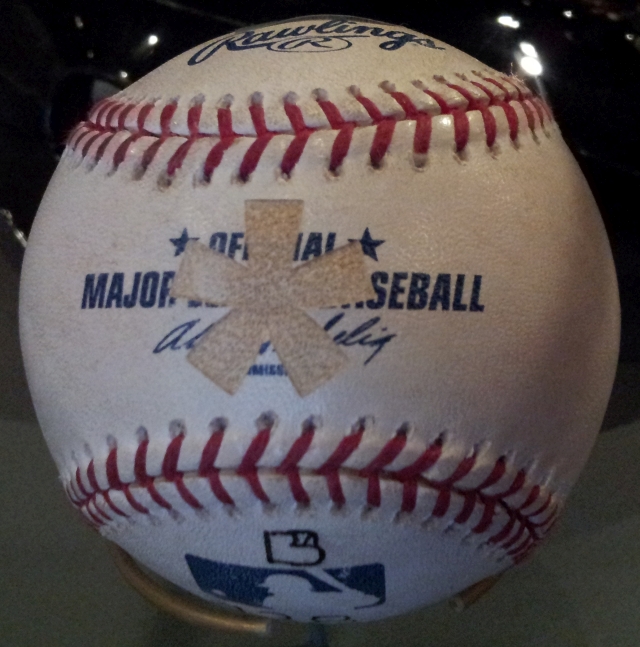 Home Run Ball: #756*
National Baseball Hall Of Fame - Cooperstown, NY
This is the baseball that steroid user Barry Bonds hit off of Washington Nationals lefty Mike Bacsik on August 7th, 2007 to pass* Hank Aaron for most career home runs.  It was purchased at an auction by Ecko Unltd founder Marc Ecko who put the ball's fate up to a vote on the internet.  Fans could either vote to send the ball to Cooperstown intact, launch the ball into outer space, or burn an asterisk into the baseball before sending it to the Hall Of Fame.

More than ten million votes were cast, and the asterisk won with 47% of the vote.  So, here it will sit forever in a display case in Cooperstown, New York as a constant reminder that the 2007 home run record is fraudulent, and the true Home Run King is Mr. Henry Aaron... until someone breaks that record honestly, instead of using performance enhancing drugs to cheat the game.