Mazan: Flash Of The Blade 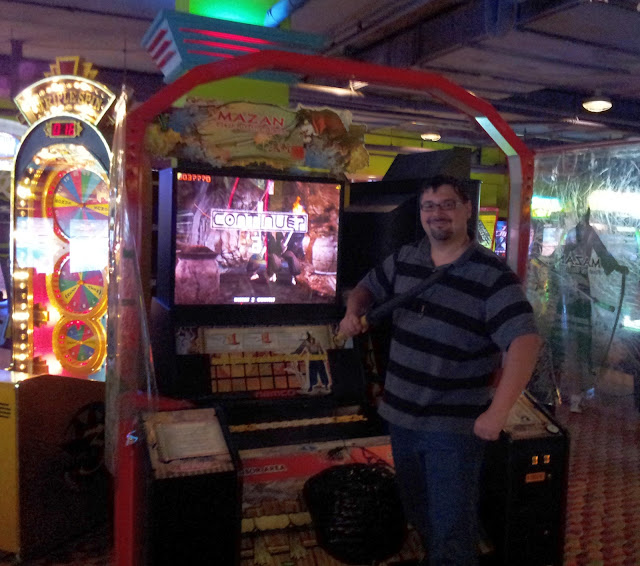 Mazan: Flash Of The Blade
Namco (2002)
This is one of the most interesting arcade games that I've seen in a long time.  The photo came out a little too dark to see it clearly, but the thing that I'm holding in my right hand up near my chest is a samurai sword.  There are no joysticks or track balls or buttons to control your character in this game.  The controller is the sword itself.  To play this game, you stand inside of a small plexiglass enclosure that surrounds an area to the left and right of the cabinet and swing the sword at the enemies, many of whom are skeleton warriors who are wielding swords, spears, and other melee weapons.  It's a hell of a lot of fun to play, and it's exactly the kind of game that would have been perfect on the Nintendo Wii, but it has never been ported to any home consoles to the best of my knowledge. 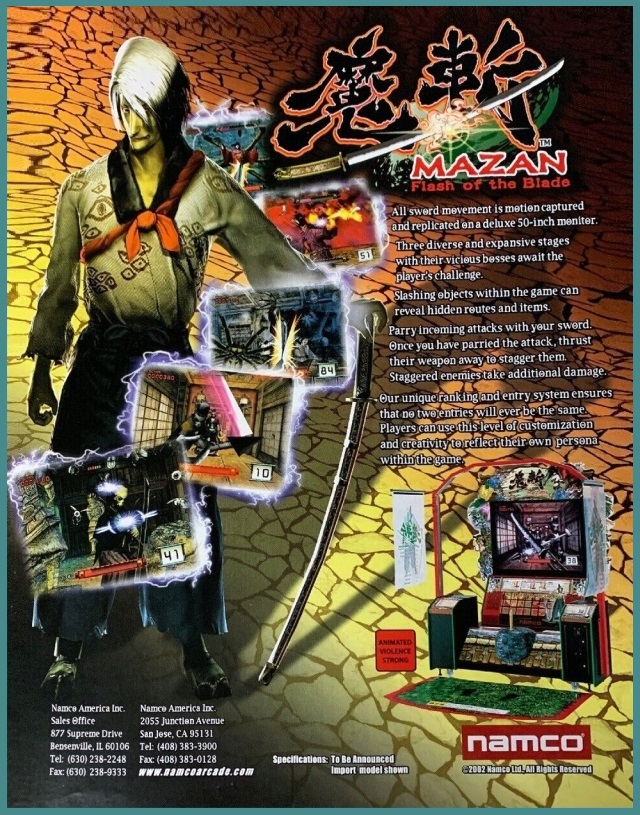 The arcade flyer shows the full cabinet, although it's quite a bit smaller than the photos that we took at The Great Canadian Midway.  You can see the sword in it's sheath-like holder at the center of the cabinet below the screen, as well as a floor mat that shows the player where to stand, and the walls that contain the player to keep them from smacking their fellow arcade gamers in the noggin with the sword. 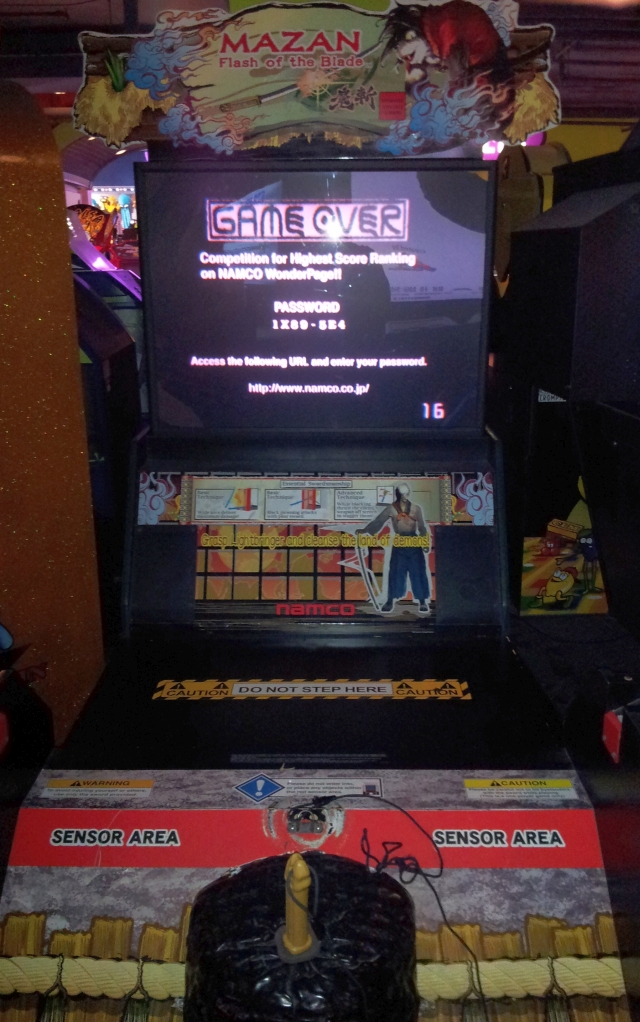 After your game has ended, the screen displays a password that you can use on the Namco Wonderpage to register your high score and see how you rank against players around the world... or at least you could have prior to April 2006.  The URL now redirects you to the Bandai Namco website, and it seems that everything relating to the old Wonderpage and its ability to log your score with a password from their arcade consoles has been removed from the new website.  However, thanks to the magic of Archive.org, you can at least see what the page looked like when this feature was still active. 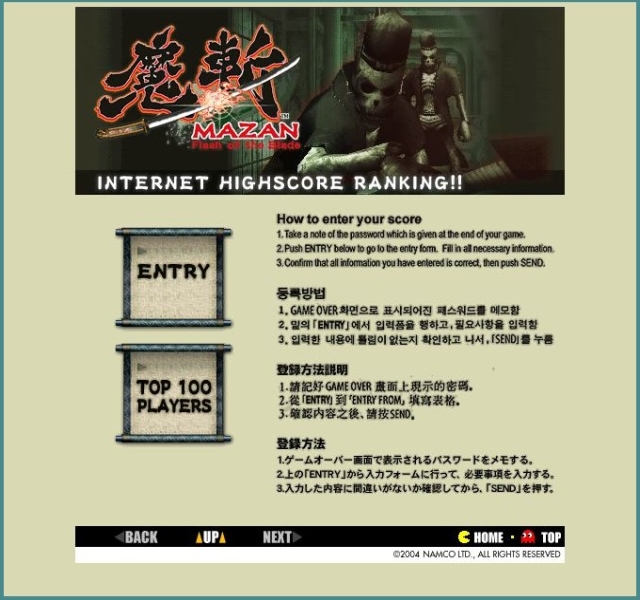 I have a special appreciation for the mid 90's to mid 2000's era of the web.  It all still seemed magical back then with so many possibilities. 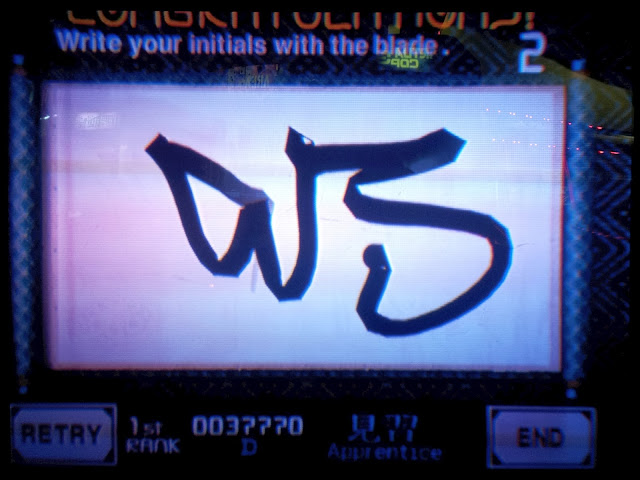 Another thing I appreciate is any arcade game that allows you to put in your initials.  I grew up in the 80's, and back in the days when my dad and my grandfather used to bring me to the arcade, almost every game would allow you to save your initials if your score was high enough to crack the top ten.  I still remember that when I was very young, I'd always put my initials in as "BBB" (for "Billy Billy Billy" I guess) because I didn't quite understand how initials worked.
Unlike those games from the early to mid 80's, this game doesn't just have you select your initials from an on-screen block of letters.  Instead, you use the samurai sword to carve them into the screen, which is pretty awesome!
I wish I had known about this game eleven years ago when it was first introduced in arcades.  If I'm this impressed with it today, I can only imagine that it would have blew my mind back in 2002 before I had ever heard of a Wiimote.  I'm not sure how common this cabinet is, but if you happen to be at an arcade and see Mazan: Flash Of The Blade sitting off in a corner somewhere, definitely spend a few quarters (American or Canadian) and give it a try.  It's a lot of fun!