A Peel Without Appeal

Peelin' Pops
Nestle (2013)
Every once in a while, we get a call, email or social media post at work from a consumer who asks where they can find the banana flavored ice cream pop that has a peel you can eat.  It's available in a few countries, but the United States isn't one of them.  Thankfully, Canada is, and I found them at a gift shop after we went on the Journey Behind The Falls. 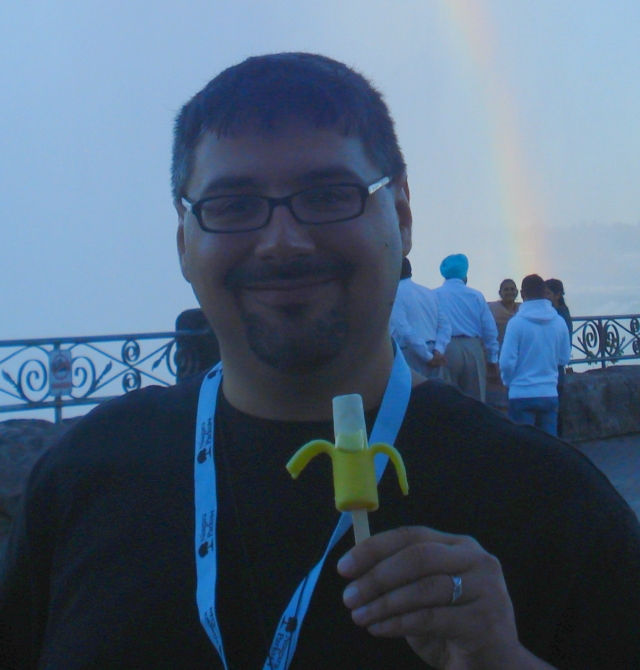 I'm glad I got to try it, but they're nothing to write home about.  The peel is kind of slimy and flavorless, and the frozen dairy dessert on the inside isn't much better.  They're not very big, although I'm not sure that you want them to be after the first bite, and before you start to peel the outer shell, it looks sort of like a tampon applicator.  That last part really doesn't really make the thing any worse, but I found it to be pretty amusing.

While I'm in Canada, I'm going to stock up on Coffee Crisps to bring back home, but I think I'll leave the Peelin' Pops for the folks up north.