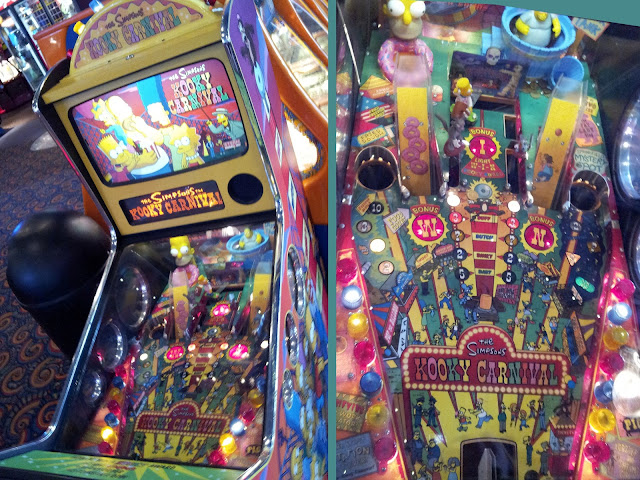 The Simpsons Kooky Carnival
Stern Pinball Inc (2004)
These photos were taken at The Great Canadian Midway on Clifton Hill, but I'm pretty sure that I saw this game before, either at the Playland arcade at Knoebels Amusement Resort or at Boardwalk Blvd in the Laurel Mall in Hazleton, PA. 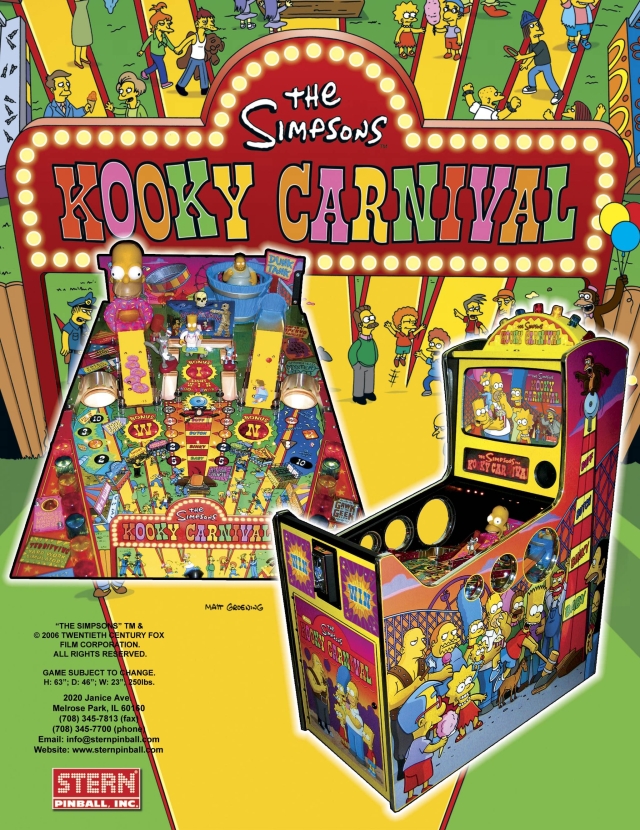 The Simpsons Kooky Carnival looks like a pinball machine and was developed by a company that makes pinball machines, but there are no small metal balls to hit or flippers to hit them with.  Instead, you insert either a quarter or a token in the front of a machine which is launched into a playing field full of targets.  Each of these targets are worth a varying number of tickets which are dispensed from the front of the machine after you hit them.  These tickets can be collected and taken to the counter at the arcade and redeemed for a prize.
Even though I'm pretty sure I saw this game before, this was the first time I ever played it.  Some ticket games are a lot of fun, but I prefer games like Skee-Ball that last a little bit longer.  The Simpsons Kooky Carnival lasts for about three seconds after you launch your coin.  I'm not going to say that there's no fun to be had here, but that fun is very brief unless you're willing to feed it a pocket full of quarters.  It's the kind of game where the licensed characters are the entire attraction.  If this game didn't have a Simpsons theme, I wouldn't have stopped to look at it at all. 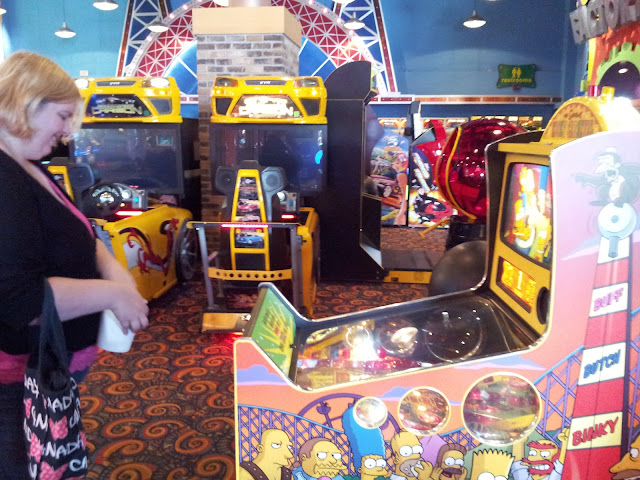 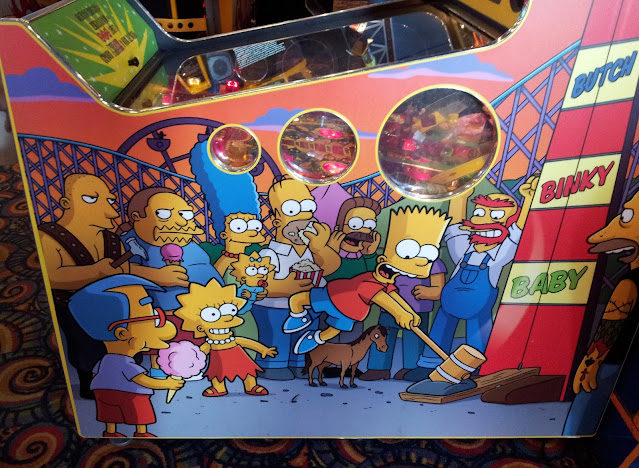 The artwork on this cabinet is pretty incredible.  As the name of the game suggests, the theme of the game is that The Simpsons are visiting a carnival.  It's loaded with references and characters from the animated series, including the Flanders' family, Milhouse, Comic Book Guy, Groundskeeper Willie, Itchy and Scratchy, Krusty The Clown, Mr. Burns, Smithers, Principal Skinner, Patty and Selma, Fat Tony, and several others.  There's even a Treehouse Of Horror reference.
If you're a Simpsons fan, there's definitely some fun to be had here, but if you're a Simpsons fan on a budget, you'd probably have just as much fun if you watched someone else play this game and then take your quarter to go play something else at the arcade instead.