A Door Is A Jar 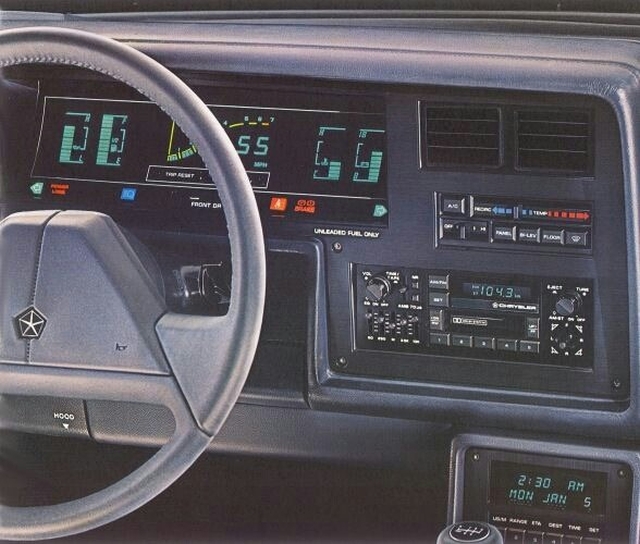 When I was a teenager, I drove a black 1986 Chrysler LeBaron.  It had pretty much every option that was available in the late 80's: leather seats, digital dash, AM/FM Cassette, etc…  The damn thing even talked!  If you opened the door while the car was still running, a very robotic female voice would exclaim “A door is ajar”, to which I would always respond “No it’s not.  It’s a door” (yes, I had a running joke with an inanimate object).
The car was over ten years old when I got it, but it was only $1,000 and it ran beautifully.  Unfortunately, I only had it for a few years.  Someone broke into it while I was at a concert and ripped it apart and the cost to repair it was more than the car was worth.  I don't think that I have any pictures of the interior of the car, but this image that I saw on Tumblr is pretty close to how I remember it.