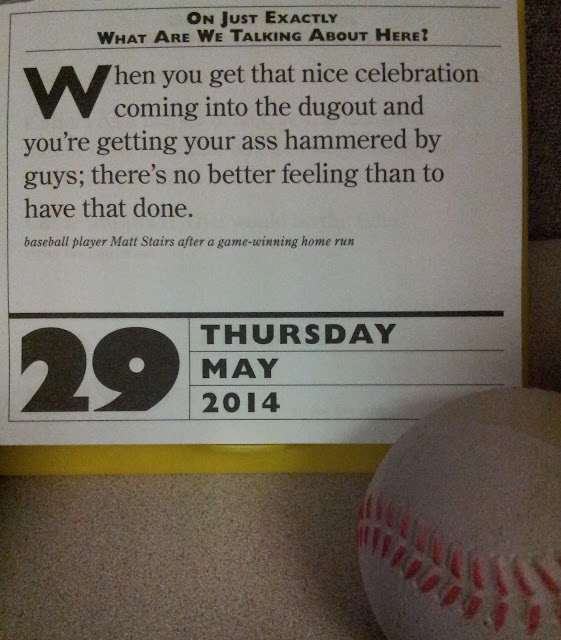 The calendar doesn't do it justice.  That Matt Stairs blast wasn't just any game-winning home run.  It was the Moon Shot from Game 4 of the 2008 NLCS.

It was the top of the 8th inning.  Shane Victorino hit a two run homer off of Cory Wade to tie the game.  The Dodgers brought in their closer, Jonathan Broxton to keep the damage to a minimum.  The Phillies brought in 40 year old Matt Stairs to pinch hit.  Stairs was just acquired in a trade with the Blue Jays just 44 days earlier, and his Moon Shot from the NLCS was etched into Philadelphia baseball history as it led to the Phillies second World Series Championship.  The bizarre quote only added to the legend.