Other Worlds Lie Outside Our Seeing 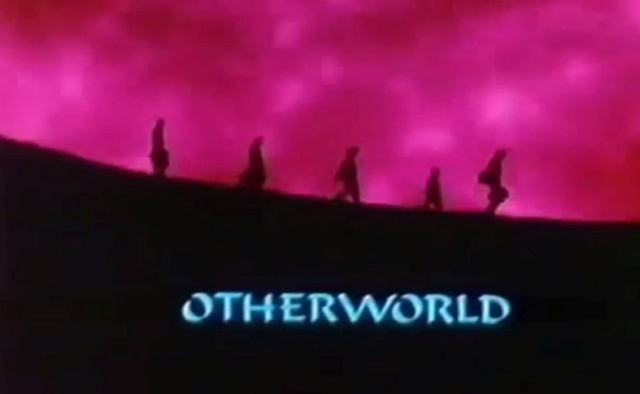 Otherworld
CBS (1985)
This is a show that was years ahead of its time.  It feels like a combination of Lost In Space, Sliders and Stargate SG-1.  While it definitely was inspired by Lost In Space in that it follows a family who are lost and trying to find their way home, it wouldn't surprise me if it inspired the other two, which it predates by a decade. 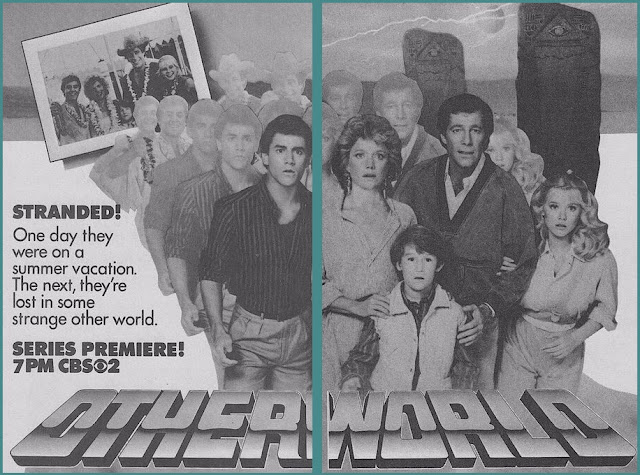 Otherworld tells the story of the Sterling family.  They're in the final days of an extended stay in Cairo where the father, engineer Hal Sterling is working on a hydroelectric project.  His wife, June, is a veterinarian, and they have three children: high school students Trace and Gina Sterling, and their youngest son, Smith Sterling, who goes to elementary school.  Smith convinces the family to pay a tour guide to lead them inside the Great Pyramid of Giza.  The tour guide leads the family to The Chamber of Ordeal where he tries to extort them out of ten dollars.  Hal refuses, and the tour guide turns his lantern off and abandons the family to find their way out of the pyramid on their own.  A planetary alignment takes place while the Sterlings wander through the pyramid.  When they escape, they find that they are on another world. 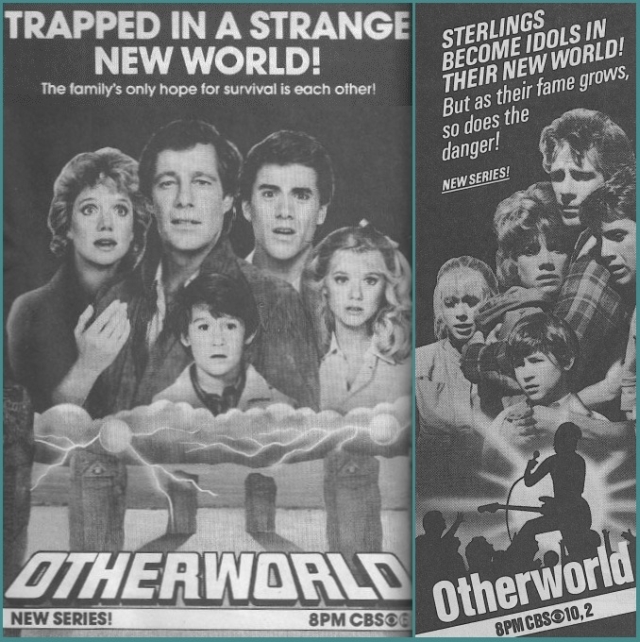 It is left up for the viewer to decide if the Sterlings have crossed into a parallel dimension or if they have traveled through time and/or space and come to another planet.  In any case, they are stranded on a world called Thel, a dystopian world run by a totalitarian theocracy called The Church of Artificial Intelligence.  The government has divided the world into 77 provinces, each of with their own distinct culture and society.  In fact, the only thing they have in common is that they're all under the control of the capital province of Imar.  The population of each of these zones have no knowledge about what happens outside of their home province.  Maps are illegal, and the only people who are allowed to travel or to go into the forbidden zone between the provinces are Zone Trooper officers, one of whom is hunting the family who were unfortunate enough to meet soon after their arrival.

Thel reminds me a bit of Panem in The Hunger Games.  Most provinces have more individual freedoms, and the government isn't quite as powerful or malevolent, but life is very controlled.  The family is able to travel between the zones using a stolen access crystal which they use to escape the Zone Troopers and to search from province to province for a way to get back home.  In their travels, they learn that they aren't the only people to have traveled from our Earth to Thel. 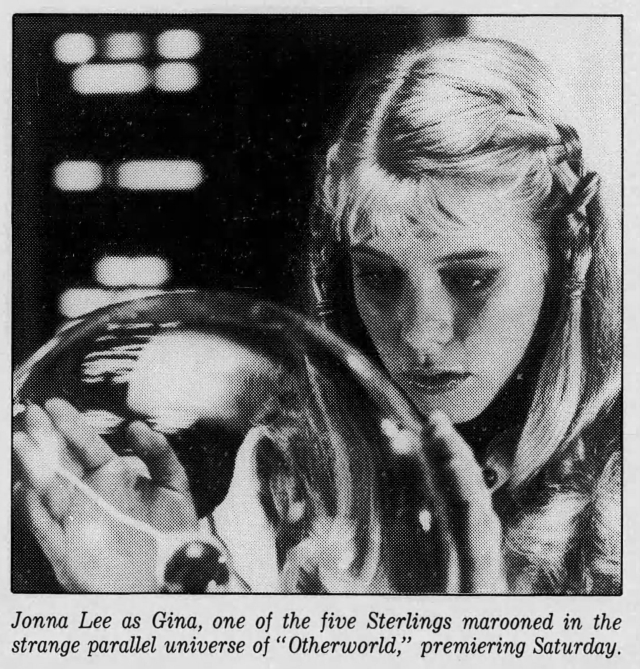 One of my favorite episodes is called Rock & Roll Suicide, which aired at the halfway point in the series.  The teenage Sterlings perform I Want To Hold Your Hand at the school's talent show to an audience that hasn't heard of The Beatles and have had no prior exposure to pop or rock music.  They go on to perform Jumpin' Jack Flash by The Rolling Stones, Modern Love by David Bowie and Bop Girl by Pat Wilson, which I've only ever heard on KROQ other than this episode.  They also reference a number of other songs that they're recording for their album, including Bennie And The Jets, Space Oddity, Hey Jude, Billie Jean, London Calling, and The Ballad Of Jed Clampett from The Beverly Hillbillies.  That's one hell of an eclectic album.  Naturally, they are pursued by the authorities for the subversive effects that their music is having on the youth.

Speaking of music, the show is backed by a score that reminds me of the music you'd hear on a Pure Moods album.  It sets an other-wordly tone that blends perfectly with the show. 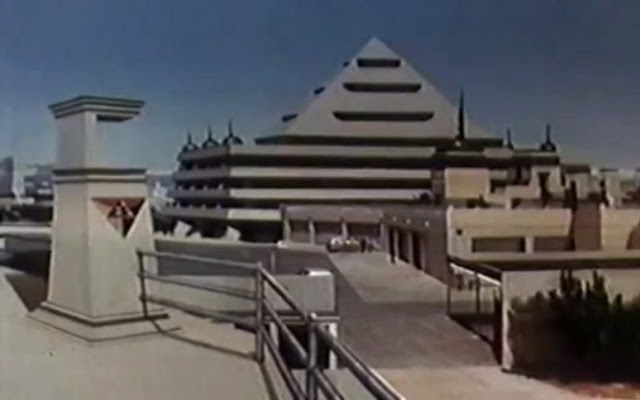 Otherworld originally aired from January to March, 1985 as a mid-season replacement on CBS.  It was given a horrible time slot (8:00 pm on Saturday), which contributed to it's quick and unfortunate cancellation after just eight episodes.  Some of the reviews were strong, but others were quick to dismiss it.  It's clear that most of the negative reviews were written by people who simply didn't understand what they were watching.  It was re-aired on the USA Network and on the Sci-Fi Channel, which is where I found it in the mid 90's.  You can find all of the episodes on YouTube.