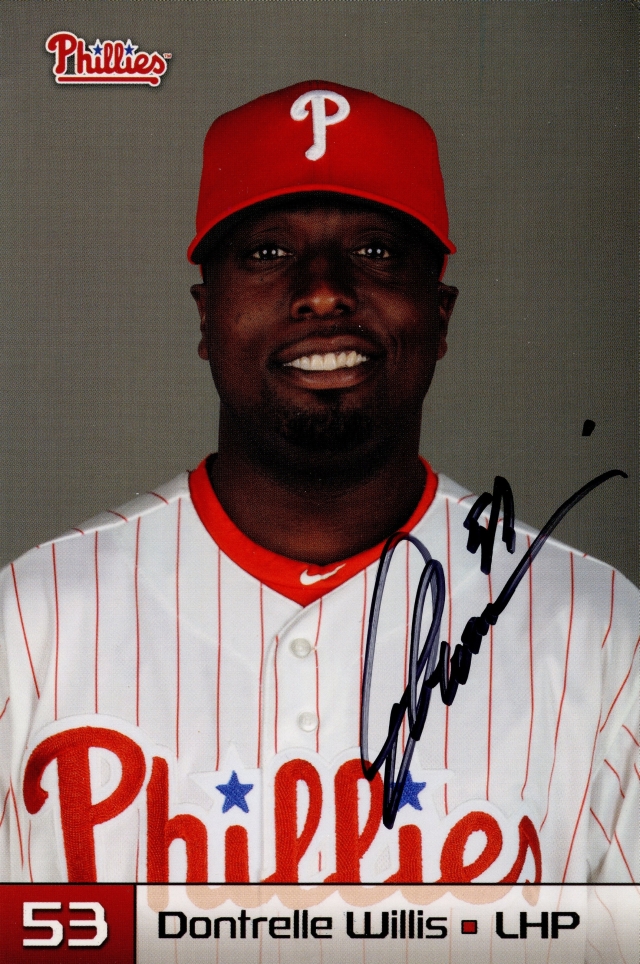 Dontrelle Willis has officially announced his retirement earlier today.  The former Marlins ace has made several comeback attempts over the past four years with the Phillies, Orioles, Cubs, Angels, Giants and most recently the Brewers, but he wasn't able to catch on.

His last major league appearance came as a member of the Cincinnati Reds in 2011.  The Phillies signed him that winter, and he made three appearances in Spring Training for the Phillies in 2012.  The hope was that he would make the team and pitch out of the bullpen and be available as a pinch hitter (he was one of the best hitting pitchers in the game).  I was bummed out when he was released before the start of the season, but the past few years have shown that it was probably the right move.

I'm sure this isn't how he wanted the second half of his career to go, but it's been a very good run that included a Rookie of the Year, a World Series ring and a 2005 season in which he went 22-10 with five shutouts and just barely missed out on a Cy Young Award to Chris Carpenter.  At his peak, he was one of the best pitchers in baseball, and by all accounts, he's an awesome dude.  I just wish I could have seen him pitch for the Phillies.

Congratulations on an electrifying career, D-Train.