The Best Garbage A Quarter Could Buy 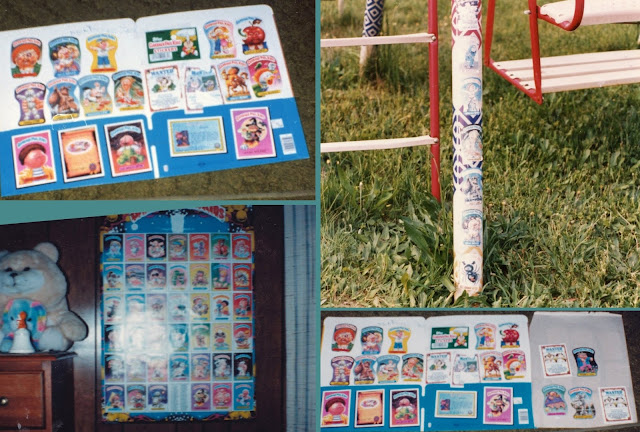 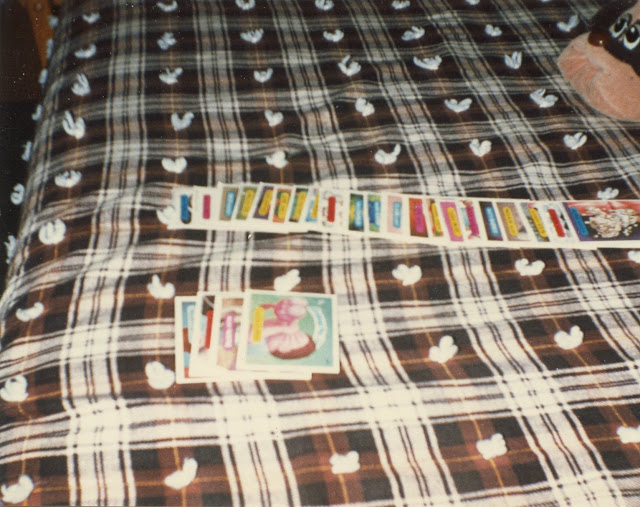 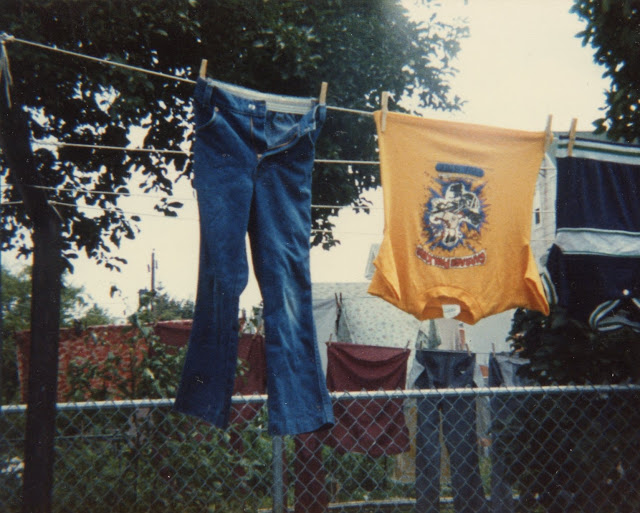 Garbage Pail Kids
Topps (1985)
Photos taken in and around Hazleton, PA (1987)
I still remember where I was when I got my first Garbage Pail Kid.  I was five years old and my parents friends came over to visit, bringing their two children with them - a girl who was a year older than me, and a boy who was a year younger.  I don't remember the names of the kids, but the girl giving me my first Garbage Pail Kids sticker somehow burned itself into my memory.  It was card #41b - Joltin' Joe.  It was the start of an obsession that lasted throughout my elementary school years.

A pack of stickers was only a quarter, so I ended up getting some any time we went to the grocery store or stopped at Pantry Quik.  The Bloomsburg Fair was where I really hit the jackpot and scored a few rack packs.  I saved the cards in a shoebox and I used the doubles as stickers that I put everywhere and anywhere, including the pole of the swing set at my grandparents house.  I had the Series 1 poster hanging on my bedroom wall.  I even wore a yellow Live Mike t-shirt.  My grandmother bought it for me from Boscov's, but it took some convincing.  She didn't have a problem with Garbage Pail Kids or with getting a shirt for me, but she couldn't get past the idea that the shirt was intended for a kid named Mike.

Looking back on it, it felt like Garbage Pail Kids were huge throughout the decade, but they were only around for a short period of time, making their debut in the summer of 1985 and fading away before the end of 1988.  Although my family was never bothered by them, parents and religious groups practiced their favorite sport of complaining until they were banned by schools across the country.  The protests were effective enough to cause the cancellation of a cartoon series before it even aired.  It was scheduled to be a part of the CBS Saturday morning cartoon lineup for the Fall of 1987.

They made a comeback in 2003 and have been around ever since, but they haven't hit the cultural mainstream in the same way that they did when I was a kid.  This year is the 30th anniversary, and Topps is releasing a special series of cards that will include characters created by the artists back in the 80's that were never published.