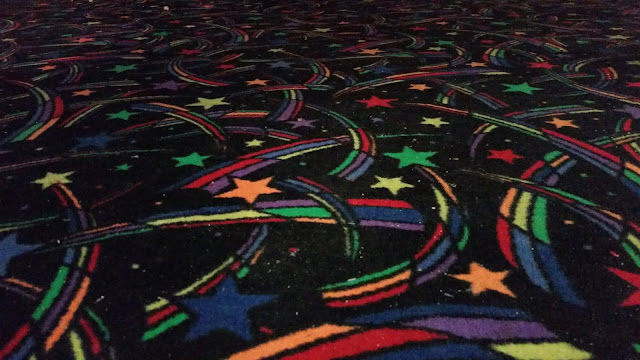 Boardwalk Boulevard
Laurel Mall - Hazleton, PA
For over a quarter century, the corner of the Laurel Mall next to one of its anchor stores was occupied by Boardwalk Blvd.  It was an arcade that opened in 1989, giving the Hazleton mall two arcades for a very brief period of time before the older Aladdin's Castle closed up shop.
Even the shoppers who didn't play games couldn't escape the presence of the arcade as it serenaded everyone within 20 feet with "Daaaytooooooona, let's go away!" from the Daytona USA machine that was once parked near the entrance to the arcade.  When I was a teenager, there was a Mortal Kombat 2, and later a Mortal Kombat 3 machine where I spent plenty of tokens.  Unfortunately, as the 90's drew to a close, the arcade began to get filled with more ticket-based games and fewer video games, but there were still enough traditional arcade games to make me stop in when I went to the mall.
Now, for the first time since Aladdin's Castle opened in 1976, the Laurel Mall does not have an arcade.
This is what remains of Boardwalk Blvd today - just a few areas that still have the carpeting.  I'm not sure what the mall has planned for this location, but it's a safe bet that it won't be as much fun as the little arcade that opened at the tail end of the 80's and thrived through the 90's, the 2000's and the first half of the 2010's before succumbing to the same fate as nearly every other mall arcade.
Thanks for the memories, Boardwalk Blvd.