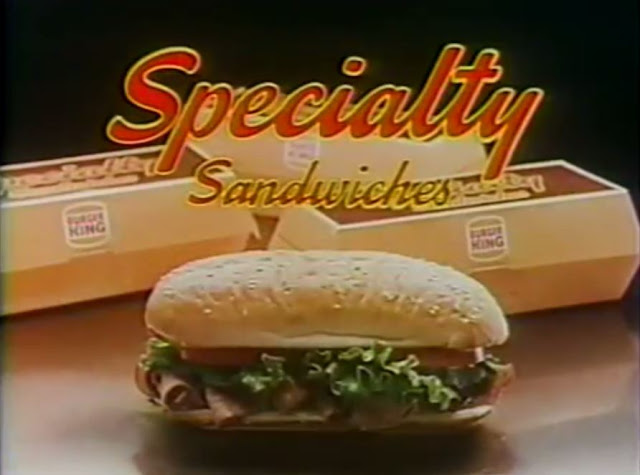 Specialty Sandwiches
Burger King (1979)
In the late 70's and early 80's, Burger King began marketing a line of specialty sandwiches to sell alongside the traditional burgers and fries on the menu.  Only the chicken sandwich remains available to this day, but there was a wide variety of sandwiches sold over the years on the long, sub-style sesame seed bun.

This is just a small sample of the different sandwiches Burger King released throughout the 80's and 90's on their long sub-bun.  I worked at Burger King when I was a teenager in 1995-96.  At the time, we sold three different International Chicken Sandwiches.  They were the American (with lettuce, tomato, mayo and American cheese), French (with ham and Swiss cheese) and Italian (with marinara sauce and mozzarella cheese). 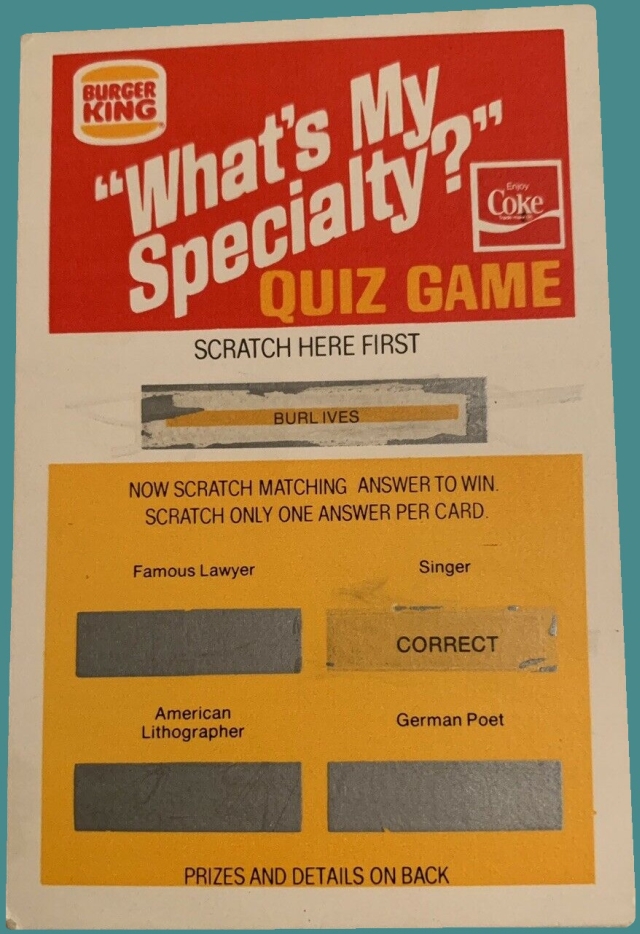 In 1980, the fast food chain ran their What's My Specialty promotion.  Guests of the restaurant would receive a game card like this one, and they would win free food by first scratching off the name of a famous person on the top.  Below this was a multiple choice of four potential answers to match the famous person to their occupation.  Winners would scratch off the box below the famous person's specialty.  The quiz game was very easy and was designed to give everyone who played a small food prize to help promote the new line of Burger King Specialty Sandwiches.