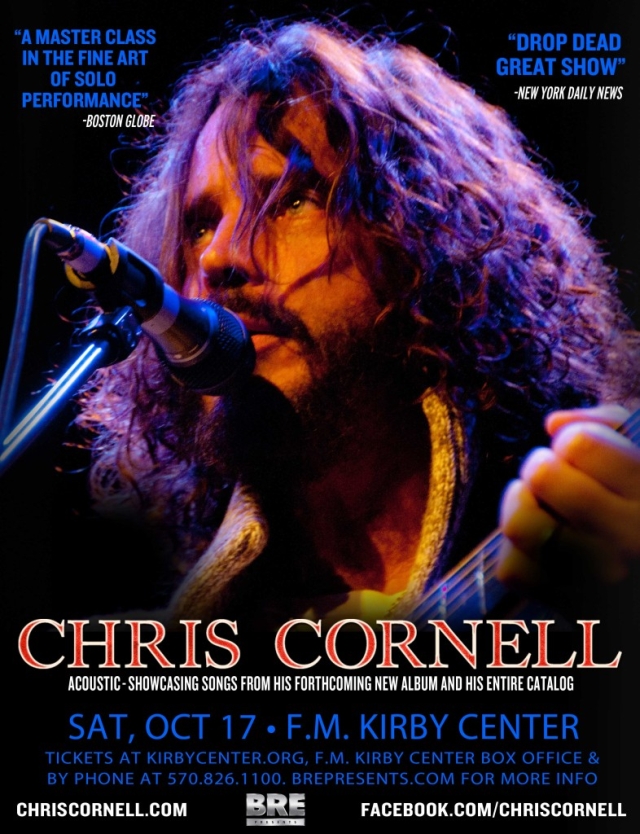 Hemming - Chris Cornell
The Higher Truth Acoustic Tour
FM Kirby Center - Wilkes-Barre, PA
When I was in middle school and high school in the 90's, I had a Soundgarden Superunknown blacklight poster hanging on my bedroom wall.  I can't even begin to count the number of hours I laid back in my bedroom with my CD boombox and a pile of albums and listened to music while I stared at that poster with the lights off and the blacklight bar shining down on it from above.  It helped me to forget about the everyday stress of life so that I could relax and get out of my own head for a little while.  Soundgarden and Temple Of The Dog were always in the rotation of music that I would play on those nights.  Chris Cornell was my favorite singer then, and he's still my favorite singer today. 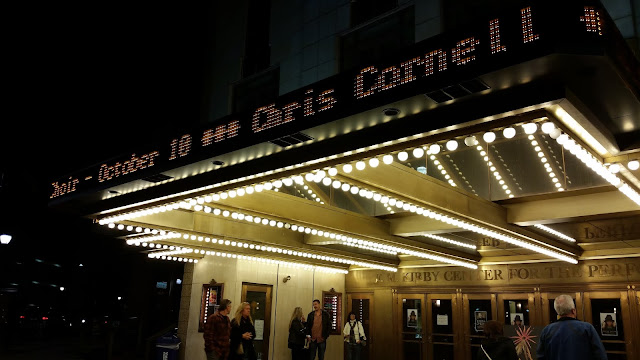 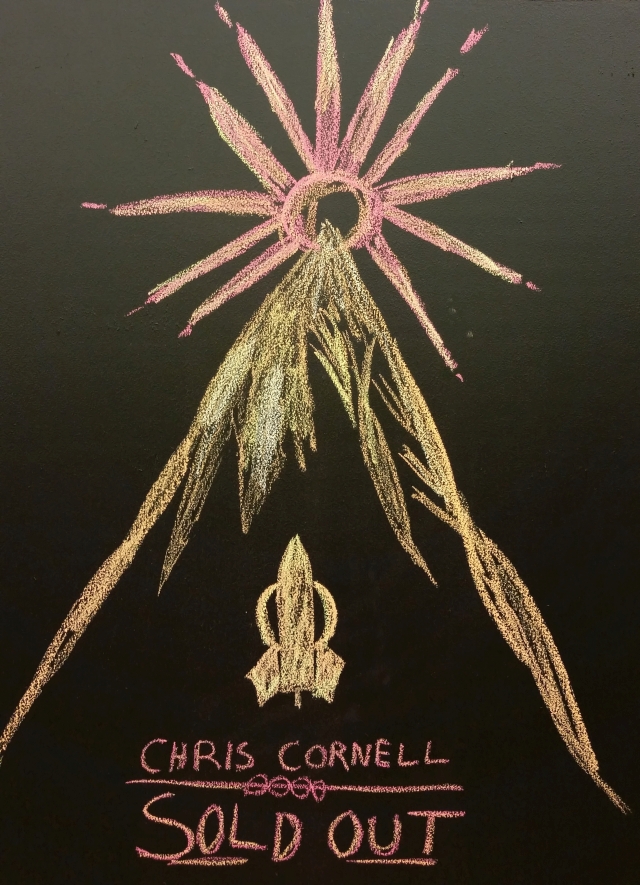 This tour was advertised a one-man acoustic performance of Chris Cornell playing guitar and singing hits that he recorded with Soundgarden, Temple Of The Dog, Audioslave and his solo work, including his most recent album, Higher Truth, which was released last month.  It wasn't a strictly solo performance though, as Mr. Cornell was joined by Bryan Gibson who backed him on cello and mandolin.  He also sang a few songs with a vinyl record providing the instrumentals, Andy Kaufman-style, which was very cool.
However, before I get into the main show, I don't want to forget about the opening performer: Hemming. 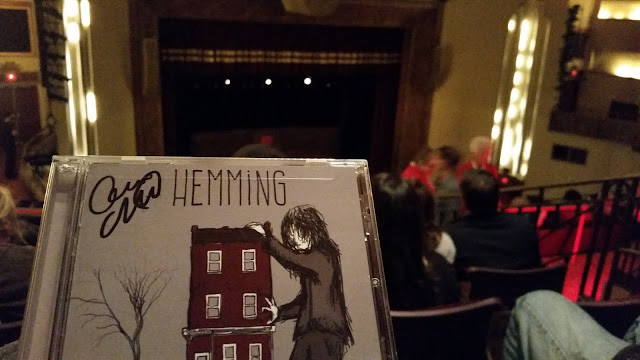 Hemming is a young woman from Philadelphia who the music contest show Make Or Break on VH1 not long ago.  I haven't heard of her before tonight, but I was blown away.  Her voice reminded me of Dolores O'Riordan without the Irish accent, and her songs have a lot of the same qualities that Chris Cornell brings to his music; a haunting, raw and beautiful sound.  Between the end of her set and the start of Cornell's, I stopped by the merchandise booth in the lobby to pick up album, which came out earlier this year.  She was there too, meeting fans and signing autographs.  I asked her to sign the cover of the liner notes, and she couldn't have been a nicer person.  I hope she goes on to great success because she most certainly deserves to. 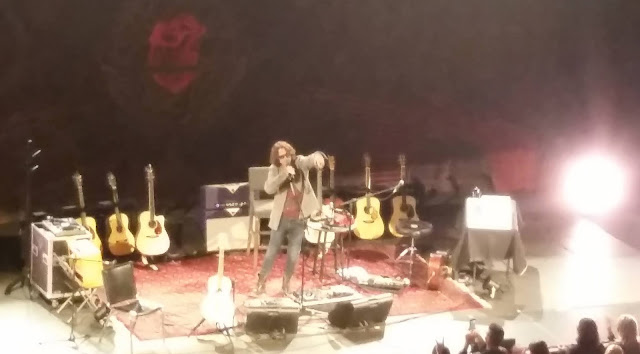 The show was as close to perfect as any concert I've ever been fortunate enough to attend.  He performed twenty-three songs from the Temple Of The Dog album that was released over twenty years ago to Higher Truth, which came out just last month.  There were also five brilliant covers, including The Times They Are A-Changin' (Bob Dylan), Thank You (Led Zeppelin), River Of Deceit (Mad Season), Nothing Compares 2 U (Sinéad O'Connor) and Billie Jean (Michael Jackson).  The latter also appeared on Cornell's second solo album, Carry On, from 2007.
The songs off of the new album were all incredible, but my favorite two were Nearly Forgot My Broken Heart, and the song he closed the show with: Higher Truth.  It was the most powerfully moving end to a concert I've ever been to.  I had shivers go up my spine as his voice echoed through the building at the end.
In total, he performed 28 songs, and I swear it felt like it went by in the blink of an eye.  I could have stayed there all night listening to him sing and tell stories.  It was absolutely wonderful.
Here is the breakdown of his songs that were performed than night, and the albums that they're from:
Temple Of The Dog (Temple Of The Dog - 1991)

Blow Up The Outside World

I Am The Highway

As Hope & Promise Fade (this was a hidden track that went by the title "Two Drink Minimum".  It was re-released on his 2011 live acoustic album - Songbook) 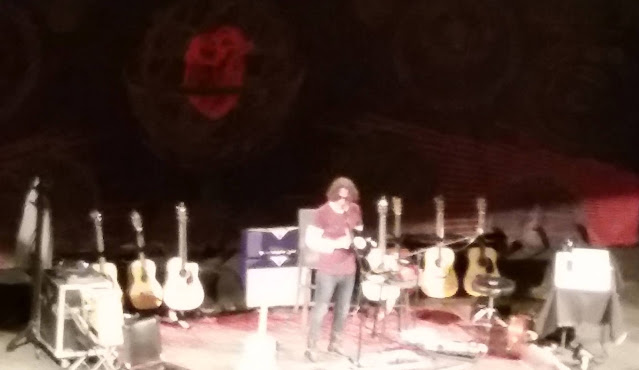 The only thing that kept this show from being absolutely perfect was the audience, who were absolutely obnoxious throughout Mr. Cornell's performance.  The show had a relaxed, chill tone, with Chris talking about the music and telling stories between songs.  It was a truly awesome experience to sit back and listen to the artist who I've listened to and admired since I was 14 years old talk as if he was sitting in my living room with his guitar, but it would have been much better if not for the jackasses in the crowd shouting out the names of songs they wanted him to perform.  I swear, I must have heard some idiot drunkenly screaming "Sunshower" while Chris was speaking at least 50 times during the show.  By the halfway point, it became pretty obvious from his change in tone that Chris was getting even more annoyed by that crap than I was.  He handled it with more grace that I would have.  If it were me, I would have refused to play Sunshower purely out of spite.  Thankfully, he is a more patient man than I am or else I would have missed hearing one of my favorite songs, but I wouldn't have blamed him for a second if he would have made an executive decision to cut it from the setlist then and there. 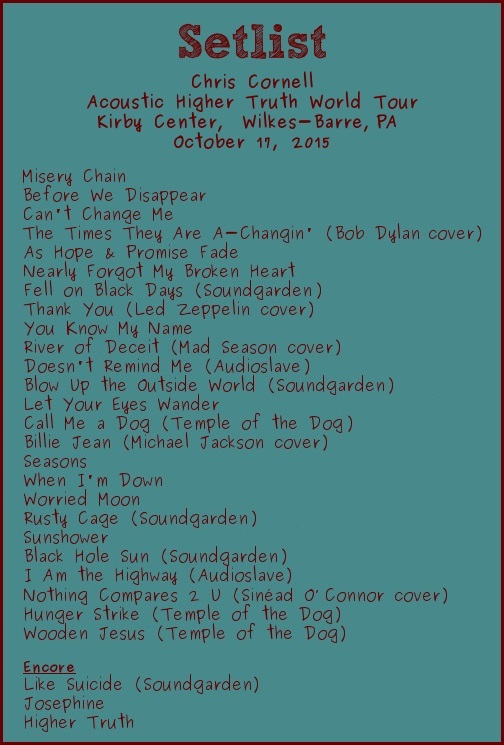