Ninety Percent Of Life Is Just Showing Up 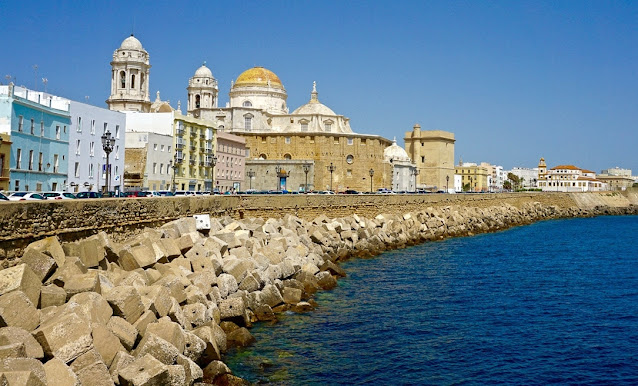 Cádiz
Andalusia, Spain
This is the port city of Cádiz, Spain.  It was founded around 1104 BC and is one of the oldest continually-inhabited cities in the world.  It also seems to be one of the best places in the world to get a civil service job if you don't want to work too hard.
According to an article from The Guardian, engineer Joaquín García was hired by local deputy mayor Jorge Blas Fernández in 1996 to work as a supervisor for Agua de Cadiz (a municipal water company).  García stopped going to work in 2004, but he still earned an annual salary of €37,000 for the next six years.  The water company believed that García worked for the local authorities and was assigned to another project, while the local authorities thought he was being supervised by the water company, so nobody noticed that he was missing.
It wasn't until 2010 that someone noticed that García hadn't been to his office in six years, and it was only discovered because his name was mentioned as a candidate for an award for his many years of service.  As a result, he was recently fined €27,000 by the courts, which is a small fraction of what he earned during his extended absence from the job.
I've worked at places that were disorganized before, and I've gotten away with being lazy at work before, but... wow.  Joaquín García has just raised the bar for slackers around the world.