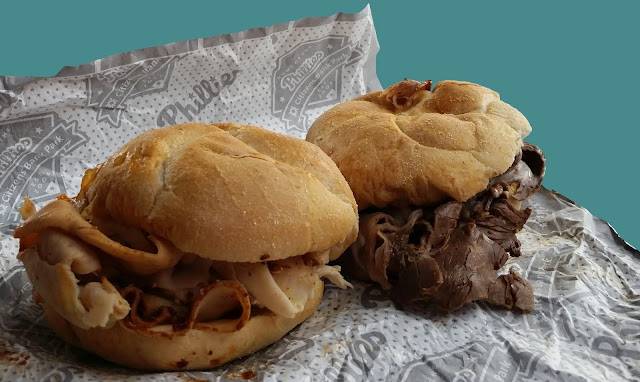 There's so much good food at the ballpark that it can be hard to decide what to get.  You can never go wrong with Bull's BBQ though.  It works well for us because I love turkey and my wife's favorite is roast beef, so we can both get dinner without having to stand in two lines. 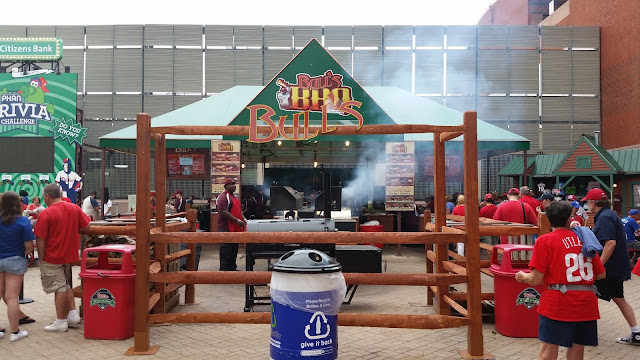 At around the 6th inning, I got a little hungry again.  I figured what the hell - it's my birthday, and if I want to overeat, I'm going to.  So, I headed back down from the 400 level to find something to eat. 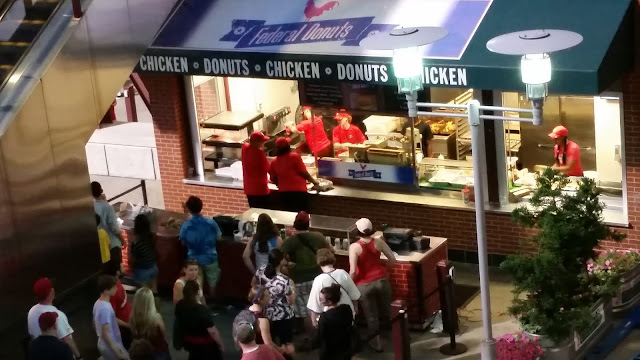 The concession stand to the right of the escalator near the left field entrance used to be the place where you'd order The Schmitter.  It was a steak and salami sandwich topped with tomatoes, fried onions, cheese and a special sauce.  The sandwich was very good, but I'm not at all sad to see Federal Donuts move into this spot. 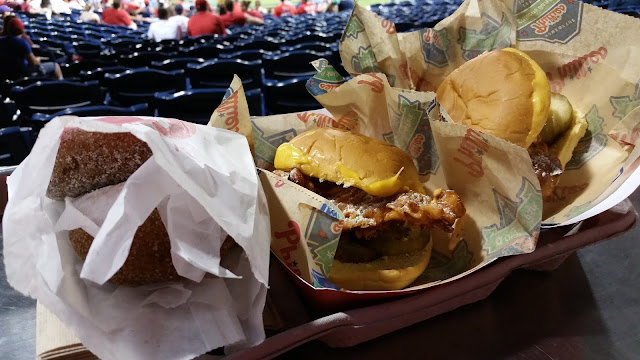 Federal Donuts has two things for sale at the ballpark - donuts and chicken sandwiches.  Naturally, I had to get both.  The chicken sandwich made from a boneless fried chicken breast that's so large that it sticks out of the potato roll on both sides.  It's topped with pickles, cheese and Rooster Sauce, and it is very delicious!  As much as I enjoyed The Schmitter, I think I like the Federal Donuts Fried Chicken Sandwich even more. 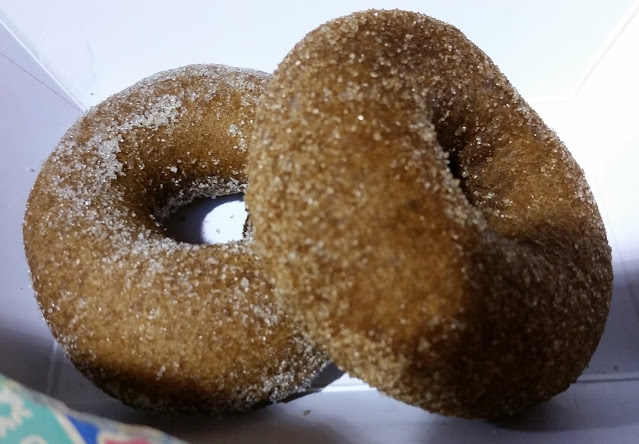 There are two flavors of donuts available at the ballpark: Cinnamon Brown Sugar and Cookies & Cream.  They're sold in a 2 pack, and they're piping hot when you get 'em.  I had the cinnamon ones, and dude, these are really, really good!  This may be my new favorite restaurant at Citizens Bank Park.