Hellboy Takes Down The Champs 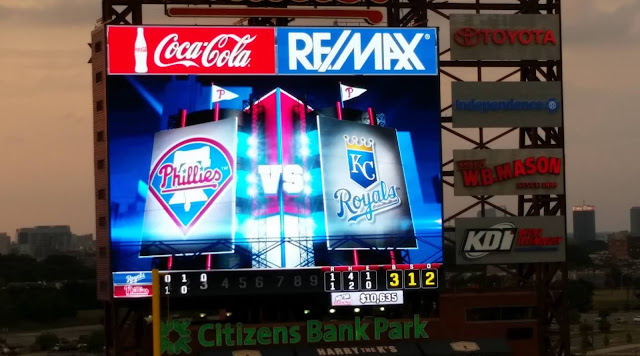 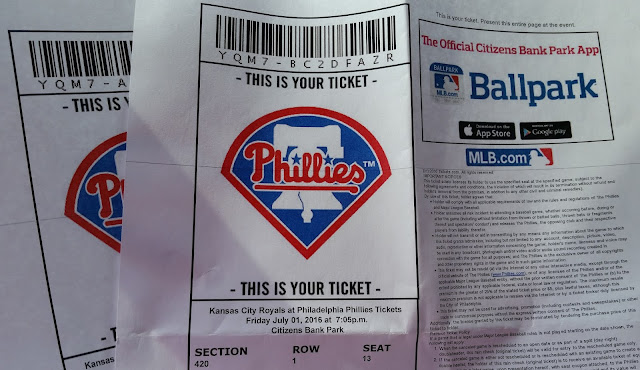 Friday, July 1, 2016
Kansas City Royals @ Philadelphia Phillies
Citizens Bank Park - Philadelphia, PA
Pitching: Ian Kennedy vs. Jeremy Hellickson
Results: Phillies defeated Royals, 4-3
The defending champion Kansas City Royals are in town, so I got to see a rematch of the 1980 World Series for my birthday game this year.  Jeremy Hellickson took the mound for the Phillies against Ian Kennedy.  I last saw Kennedy pitch in a 2008 Triple A game between the Scranton Wilkes-Barre Yankees and the Lehigh Valley Iron Pigs.  He's bounced around the league since then, pitching for the Yankees, Diamondbacks and Padres before signing a five year contract with the Royals before the start of the season. 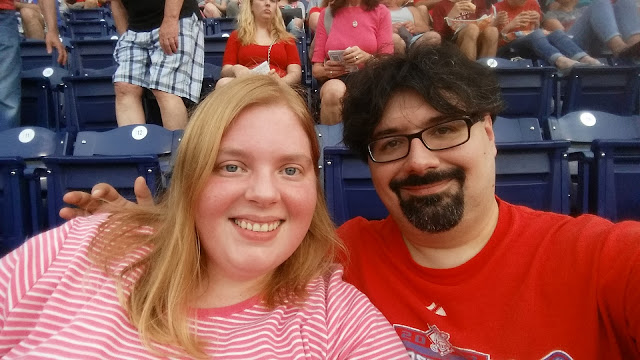 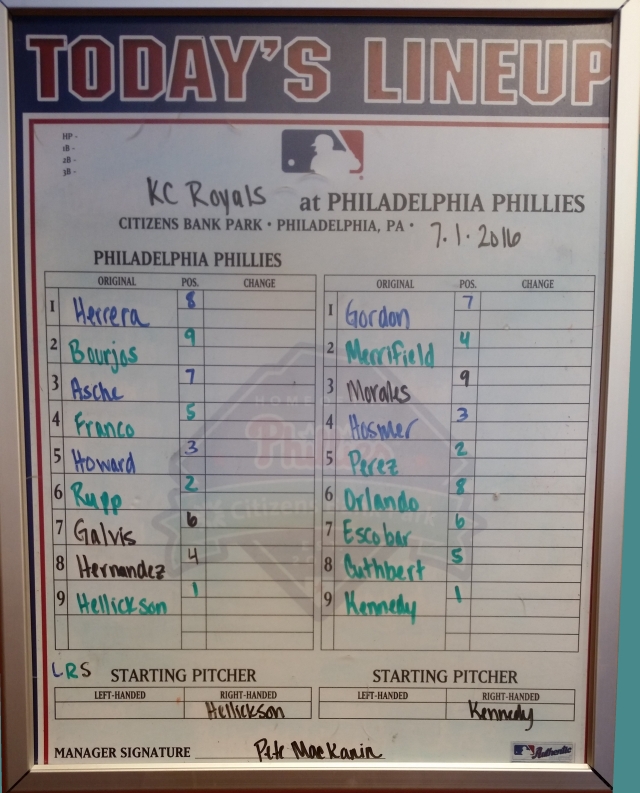 The Phillies have a heck of a lot of natural infielders in this lineup.  Although he's spent his Phillies career in center field, Odubel Herrera was a second baseman in the Texas Rangers organization when the Phillies took him in the Rule 5 Draft.  In addition, Cody Asche is in left field was a third baseman throughout his career.
Caesar Hernandez, Freddy Galvis and Maikel Franco handled 2B, SS and 3B respectively.  This is my favorite Phillies infield combination since Utley, Rollins and Polanco.  Each of them are excellent defensively, especially Galvis, who might be the best defensive shortstop in the game today.  Ryan Howard has been bumped to fifth in the lineup, and if we're being honest, he probably should be hitting 8th.  The Big Piece has been hitting under the Mendoza for quite a while now and is in what will very likely be his last season with the Phillies.  I appreciate all that he's given the team, but I wouldn't be sad to see Tommy Joseph get the bulk of playing time at first base for the rest of the season. 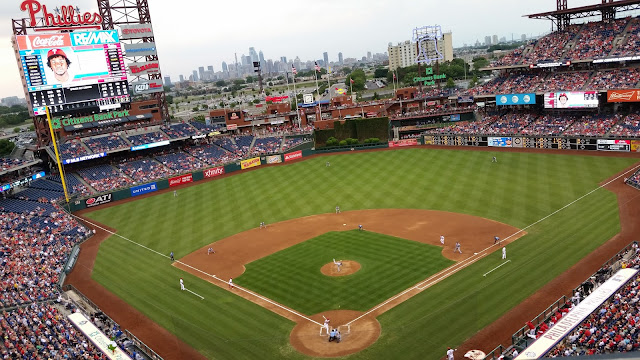 Odubel Herrera led off the bottom of the 1st by hitting a solo home run on Ian Kennedy's second pitch of the game.  Definitely a good start for the Fightins, but the Royals tied it up in the top of the 2nd with a Alcides Escobar double followed by an RBI single from Cheslor Cuthbert.
The Phillies pulled ahead again in the bottom of the 3rd.  Odubel drew a walk, then stole second and advanced to third on a poor throw by Royals catcher Salvador Perez.  With two outs, Cody Asche walked which brought Maikel Franco to the plate.  Franco got an RBI single to put the Phillies up 2-1 and bring Ryan Howard to the plate with runners on the corners and 2 outs.  Unfortunately, Howard struck out to cut the rally short.
Philadelphia padded their lead in the 5th when Cody Asche hit an RBI double to score Peter Bourjos, and again the following inning when Cesar Hernandez singled off of reliever Chien-Ming Wang.  He stole second and scored on an Odubel Herrera RBI single to extend the Phillies lead to 4-1. 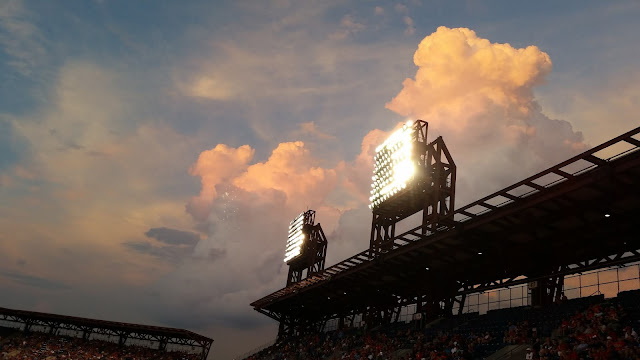 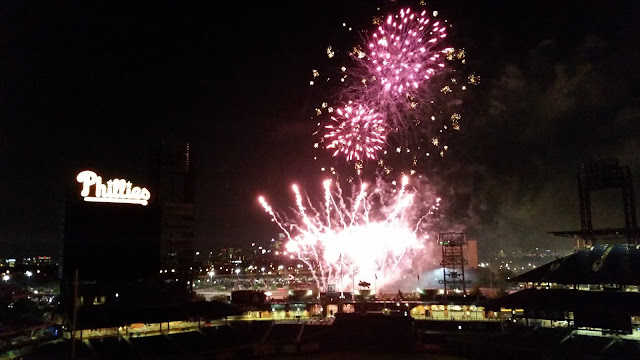 Because my birthday is so close to Independence Day, there are some years when I get lucky and get a bonus post-game fireworks display.  This is one of those years, and it was awesome as always - a great way to close out the night.