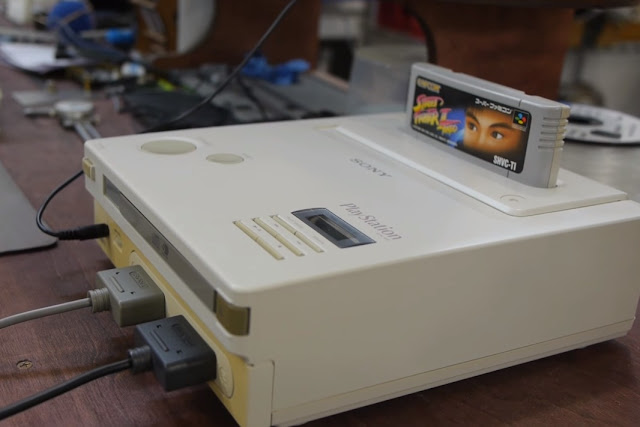 Super Famicom Playstation prototype (1992)
Late last year, it had been announced that a prototype SuperNES CD console had been discovered.  I would have bet that the story was complete nonsense, but it turned out to be true.  It was developed around 1992 by Sony when they were attempting to work with Nintendo to produce a CD addition to their 16 bit console.  Nintendo famously threw their relationship with Sony away in favor of Phillips, but Sony decided to go ahead and develop their Playstation on their own.

Engadget recently shared a video in which they booted up the console.