Art Thou A Descendant Of Erdrick? 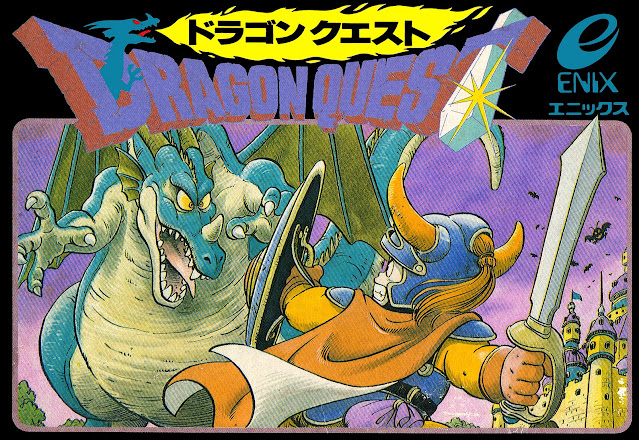 Dragon Quest
Enix (1986)
One of the most influential video games in the history of the industry was released for the Famicom in Japan 31 years ago today.  Although it wasn't the first role playing game to appear on a home computer or console, Dragon Quest laid the groundwork for many of the concepts that are widely used in JRPG gaming to this day. 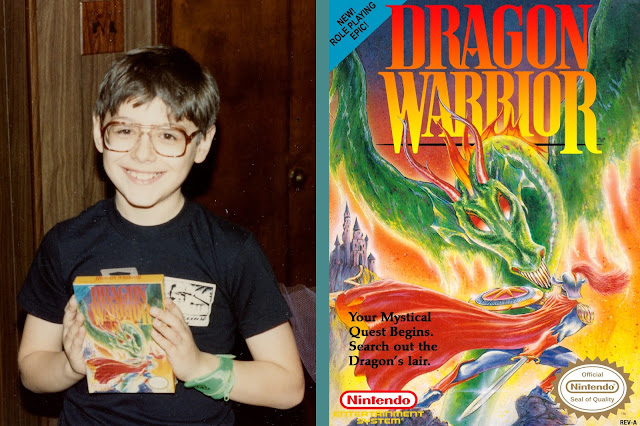 We didn't get the game here in the States for another three years.  When it was finally released for the NES in August 1989, the name of the game was changed to Dragon Warrior.  I was nine years old at the time, and I had been reading about it for months in Nintendo Power before I played it for the first time on Easter Sunday in 1990.  I was going through a rough period in my life that I'm still trying to understand almost 30 years later, but no matter what else was going on, I always had a smile on my face while I was playing Dragon Warrior.
I was living with my maternal grandparents in Beaver Meadows in the spring of 1990.  My bedroom was in the attic.  When you came down the attic stairs, you were in a small room that had a closet.  There was a hallway that led to my grandparents bedroom and a small bathroom with no shower, and a door to another bedroom that was parallel to the stairs that led to the first floor.  It wasn't a big room at all, but my grandmother had it set up with a desk, a chair, and an old console television with a Nintendo hooked up to it.  We spent hours in that room playing Dragon Warrior.  The picture tube on the tv eventually blew, so my other grandparents gave me an even older black and white television that they've had up in their attic since the 60's.  We plopped it right on top of the broken console tv, and somehow my grandfather managed to chain together enough wires to hook the Nintendo up to it.  After a few months (much of which was my grandmother leveling up our character to a ridiculous degree), we finished the game and saw the ending in glorious monochrome on a television that was built before the moon landing.