A Splendid Time Is Guaranteed For All

Sgt. Pepper's Lonely Hearts Club Band
The Beatles (1967)
One of the greatest and most influential rock albums of all-time was released fifty years ago today.  I wasn't born for another 13 years, but when I read about the transitional time that was 1967, I picture a massive traffic jam of art and culture and ideas all collecting behind a traffic light.  Things were most definitely happening, but everything was about to get amplified.  The release of Sgt. Pepper was the moment when the traffic light turned from red to green, and the flood of moment that followed became the Summer Of Love, after which the world would never be the same. 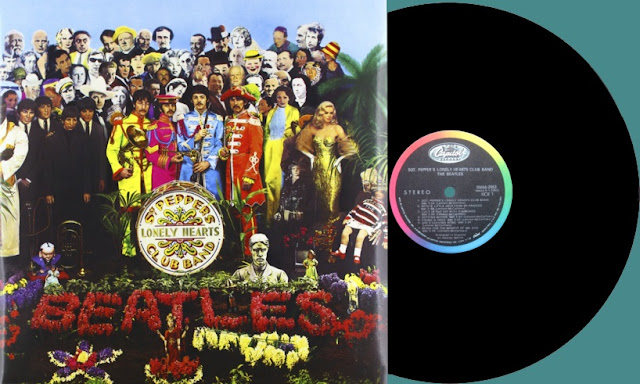 Every song on this record is amazing.  Set aside 40 minutes of your day today to put on a pair of headphones, close your eyes, and be fully present for some of the most incredible music ever recorded.