The Birds Were Chirpfully Unaware 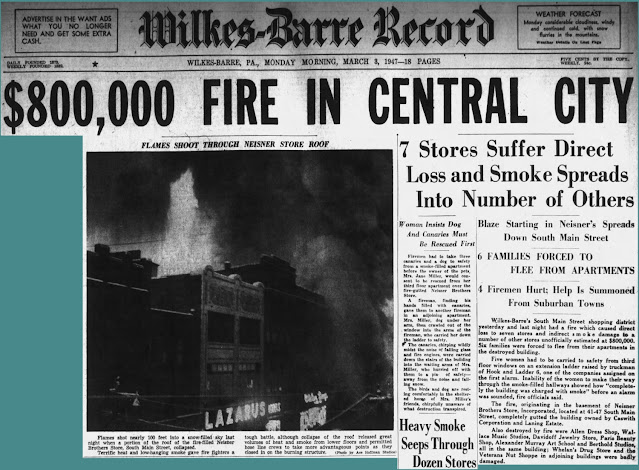 Wilkes-Barre Record
March 3, 1947
While doing research to learn more about the old Nardy's TV & Appliances building in Plains, I found this front page headline that sheds some light on the property before it became a television store.  The folks who opened Nardy's bought the property in 1955.  Prior to that, it was a store called Neisner Bros. 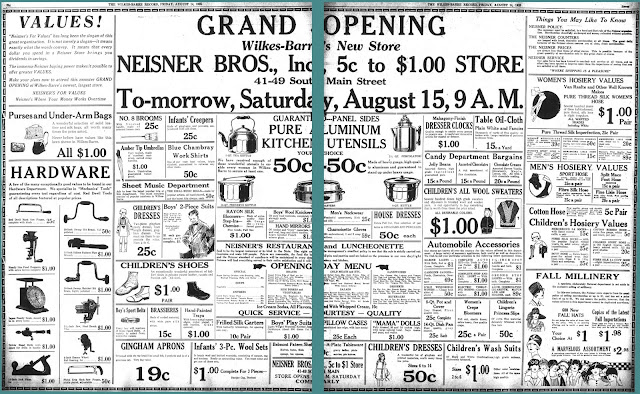 It must have been a pretty big store for the area because it took up an entire city block.  The grand opening on Saturday, August 15th, 1925 was advertised in the Wilkes-Barre Record newspaper.  From the looks of the ad, it seems like this was the Wal-Mart of it's day with merchandise that included clothes, kitchenware, tools, housewares, candy, toys and an automotive department which sold an electric vibrating car horn for a dollar.  They also had a luncheonette counter which was advertised as the largest restaurant of its kind in Pennsylvania, with seating for 140 guests.  Unfortunately, the center fold in the newspaper didn't scan, so I can't tell you how much they charged for their roast leg of spring lamb, but you could get a pot roast and spaghetti dinner for 20 cents, and a full roast chicken dinner with all of the trimmings for 35 cents. 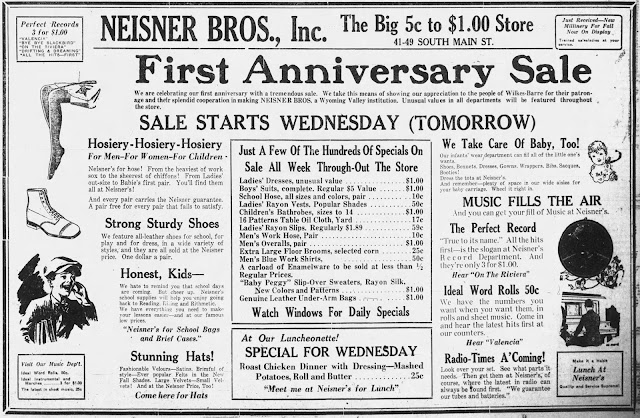 The ad for their first anniversary sale from the August 24, 1926 Times Leader has a heavy focus on their music department.  They sold all of the latest hits on record, including Valencia, Bye Bye Blackbird and On The Riviera, at the low price of three for a dollar.  They've also still got their roast chicken dinner with dressing, mashed potatoes and a buttered roll, but it's marked down to a quarter on Wednesday.
From the looks of it, Neisner Bros. had a booming business in Wilkes-Barre for 22 years.  Things took a turn for the worse in March 1947. 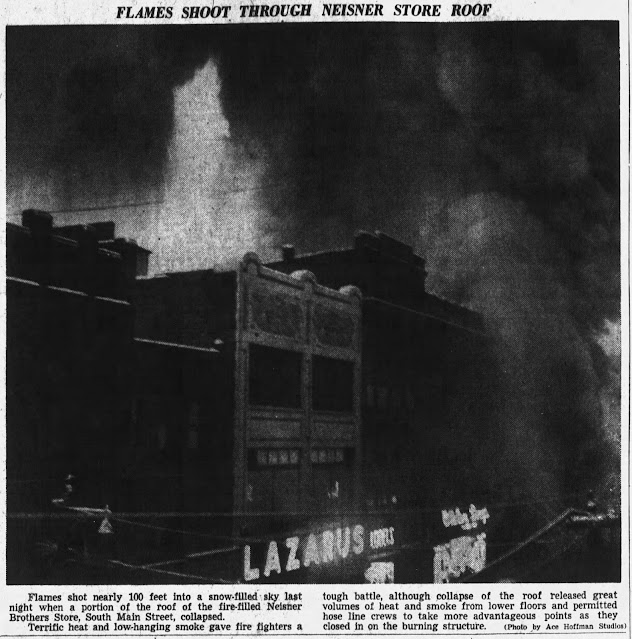 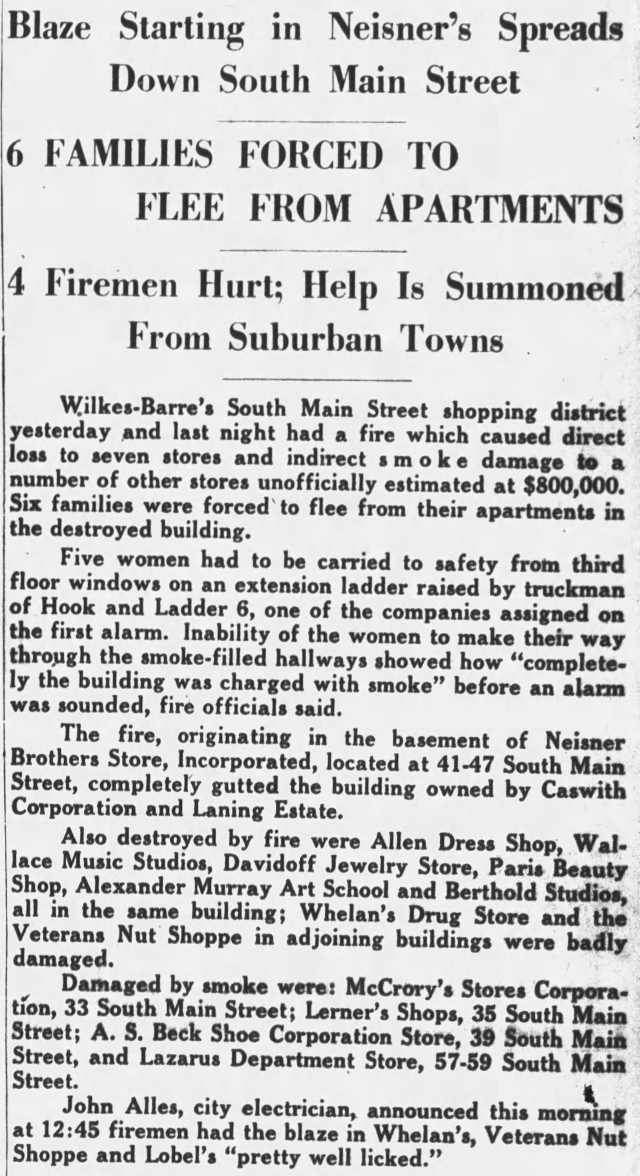 The fire started in the basement of Neisner Bros. and destroyed not only their store, but it also destroyed or damaged a dozen other businesses and six apartments in the immediate area.
Speaking of which, I have the utmost respect for Mrs. Jane Miller who saved the lives of her dog and three canaries from the third floor apartment where she lived.  She refused to allow herself to be rescued by the fire department until they took the birds to safety.  Mrs. Miller then crawled out of the window of a burning building with her pup under her arms.

The birds were "chirpfully unaware of what destruction transpired" as they rested with the dog with Mrs. Miller at the home of one of her friends.
It seems like Neisner Bros. wasn't able to recover from their loss.  Within eight years, the property was sold and operating as the region's largest tv store: Nardy's.