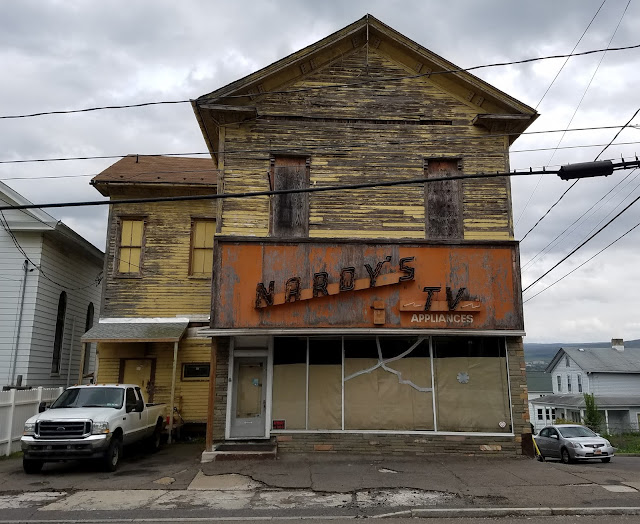 Nardy's TV & Appliances
Plains, PA
I saw this old television and appliance shop on the way home from our trip to Plains Antiques & Home Furnishings near Wilkes-Barre.  From the state of the outside of the building, it looks as if it's been closed for fifty years, but I know that it was an electronics repair shop as recently as 2002 because my wife and her brother rented the apartment upstairs at the time. 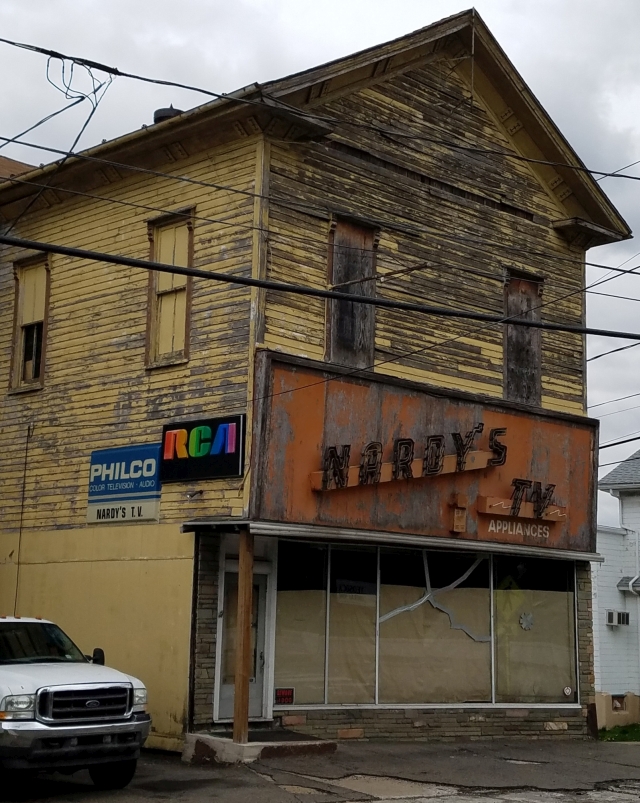 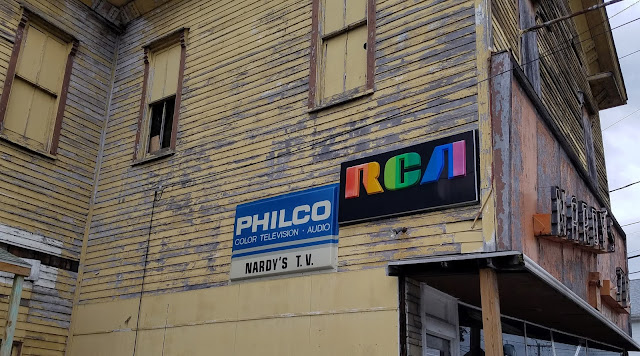 There's are a few vintage signs still hanging on the side of the building, including one for Philco and RCA televisions.  Also, it's not easy to see from these photos, but the words "Nardy's" and "TV" have neon right tubing in a zigzag pattern going through them.  There are also small neon tubes surrounding the word TV.  It must have looked incredible when it was lit back in the 50's.
Speaking of which, here is the newspaper advertisement that announced the store's grand opening on April 16, 1955:
And here's one from the following year where they outline their code of ethics:

The newspaper ads for Nardy's slowed down significantly in the 70's and 80's, but I found this one from the 1978 holiday season:
Based on the advertisements, it looks like the store kept its focus on televisions and home video from 1955 to the mid-80's.  The store seems to have diversified during the late 80's and early 90's, as there are ads with the same address for Nardy's Packing and Shipping, which offered UPS and FedEx services, and some which promoted ceramics classes on the second floor of the store.
Then, in the late 90's, the ads picked up for a whole new business inside Nardy's:
They seemed to have one last hurrah in the late 90's and early 2000's as a pager and phone card shop, but it appears that they weren't able to keep things going long enough to transition into mobile phones.
It's a shame to see the building is in such a state of disrepair today.  When I saw it, there was a pickup truck parked in the driveway.  Hopefully they'll fix the place up and bring back that awesome neon sign.