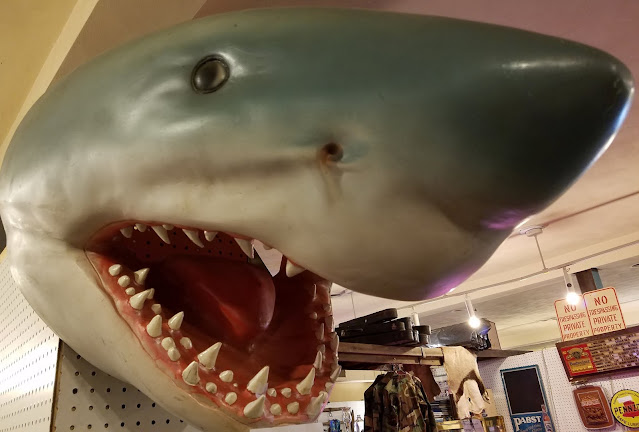 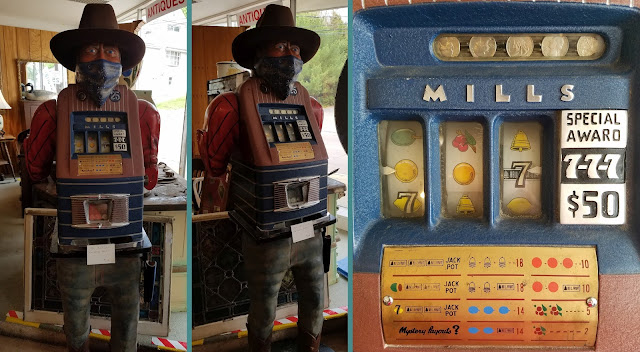 The Mills Novelty Company made slot machines, jukeboxes and vending machines from the 1800's to the 1980's.  I'm not positive, but I think this bandit model slot machine is from the 1940's. 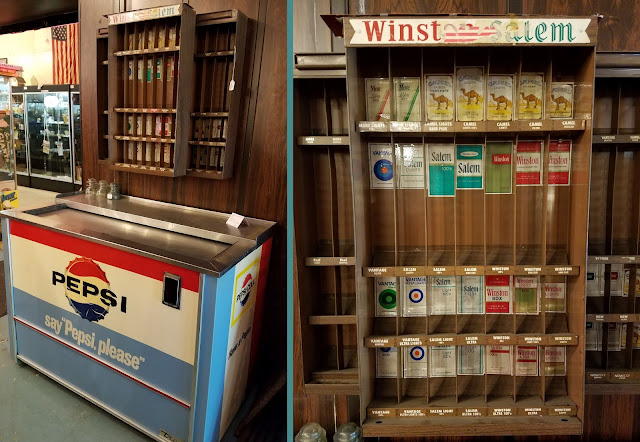 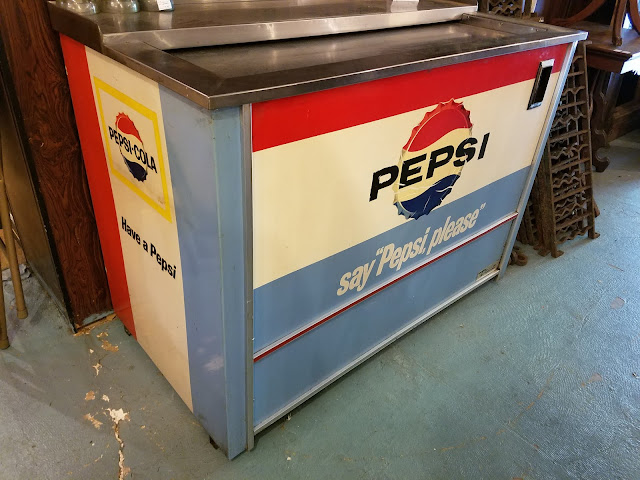 If I was going to buy anything expensive and ridiculous, it would have been this vintage Pepsi cooler.  I'm not sure what year it's from, but the bottle opener built into the front of the machine means that this was made when cola was sold in glass bottles.  Pepsi didn't start using aluminum cans until the late 60's, so if I had to guess, I'd say it's from the 50's. 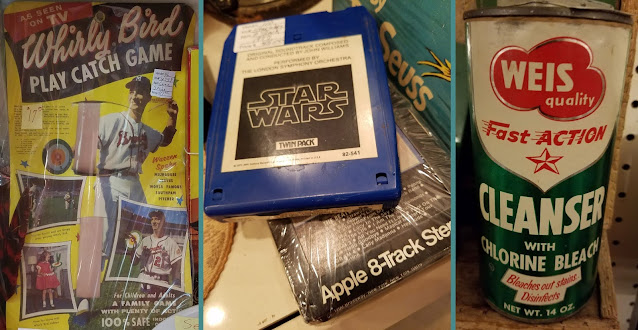 I'm fascinated by the Warren Spahn Whirly Bird game.  It was only $17 and I was tempted to get it.  If it was Steve Carlton instead of the Braves Hall Of Fame lefty, I probably would have.  The part that interests me the most is the "as seen on TV" banner on the top.  Somewhere out there, there must be a recording of the 1957 Cy Young Award winner on a commercial hawking toys to children, and I've got to find it.
The Star Wars score performed by the London Symphony Orchestra on 8-Track caught my eye, but at $45, I wasn't at all tempted.  You can get this for around $5 or $10 on eBay, and I don't even think I'd pay that much.  Don't get me wrong, it's pretty cool, but it's "dollar box at a yard sale" cool.
The old Weis cleaner just struck me odd.  How does something like this manage to sit in someone's pantry for long enough to go from the home to the antique store? 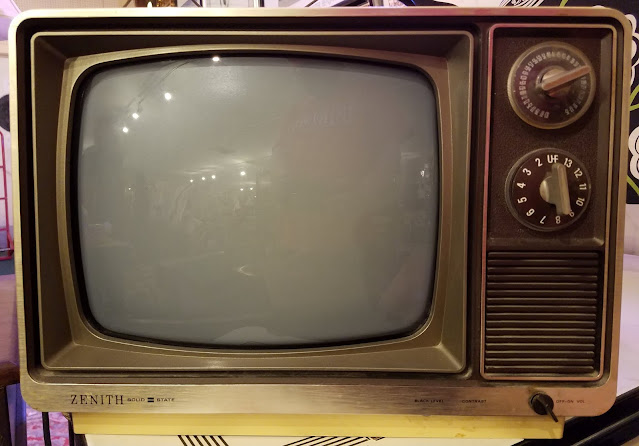 After doing some research and photo comparisons online, I found that this Zenith black and white tv is from 1981.  I didn't even know they were still making black and white televisions in the 80's.  I had a set when I was a kid that looked a little like this one, with the VHF and UHF channel knobs above the speaker, but that one was from the late 80's and was a color set. 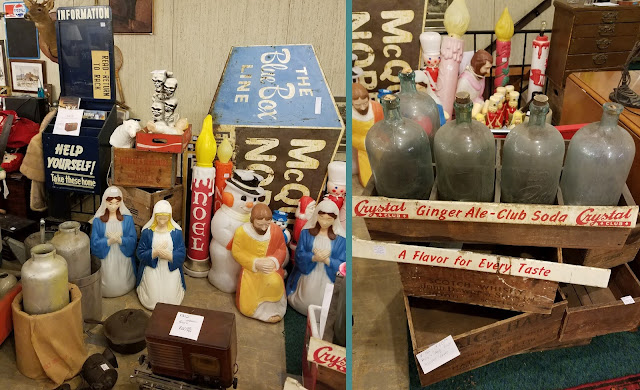 That's quite a nativity scene they've got there.  We've got a blond Mary and two brunette Marys, and there's Joseph in solemn prayer with Frosty The Snowman standing over his shoulder. 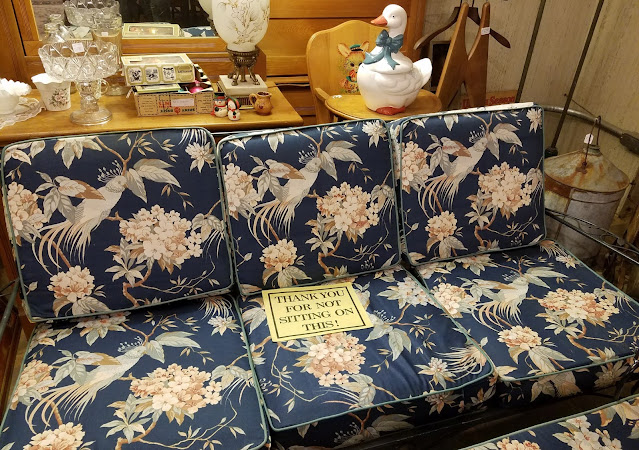 Dang, all caps and an exclamation point?  Calm down, little yellow sign.  You're welcome. 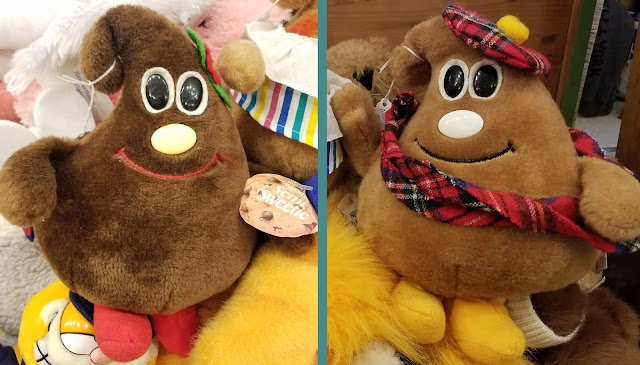 At first glance, I thought that these stuffed toys were supposed to be poo or ice cream, but they're Nestle Toll House Morsels.  The one on the left is Semi-Sweet Chocolate (the tag identifies the character as "Semi Sweetie").  The one on the right didn't have its original tags, but based on the Scottish clothing, I believe it's supposed to be a butterscotch morsel.  I was tempted to buy these for work, but not for what they were charging. 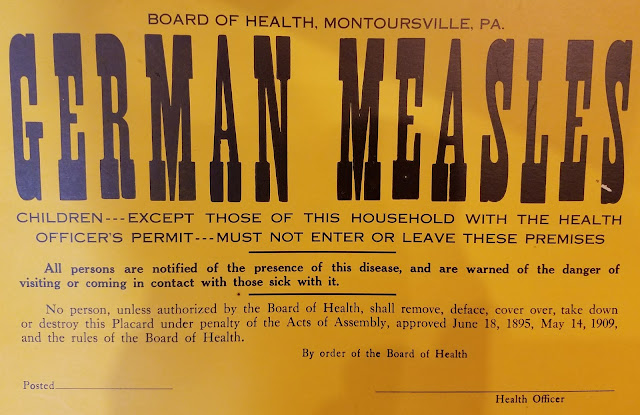 I'm not expert, but I think this German measles quarantine sign is a replica.  It looked too new and unworn to be over 100 years old.  Still, it might be a pretty good way to keep missionaries and other unwanted guests from knocking on your front door. 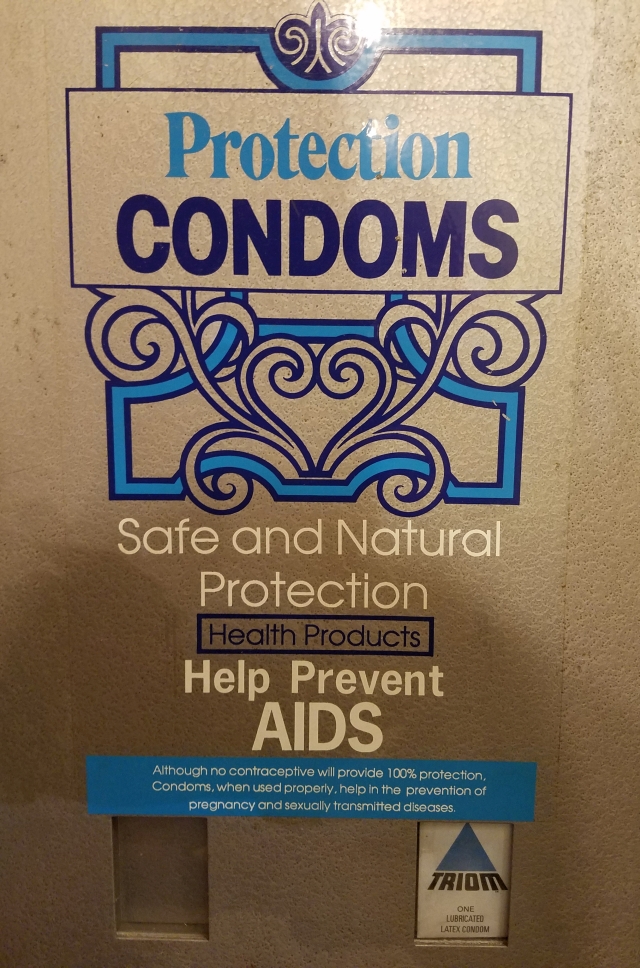 Hmmm... I can't say that I was expecting to find a condom vending machine at an antique store, but I guess it does tell the history of the early days of the disease in the early 80's.  This thing is destined to hang in a frathouse bathroom. 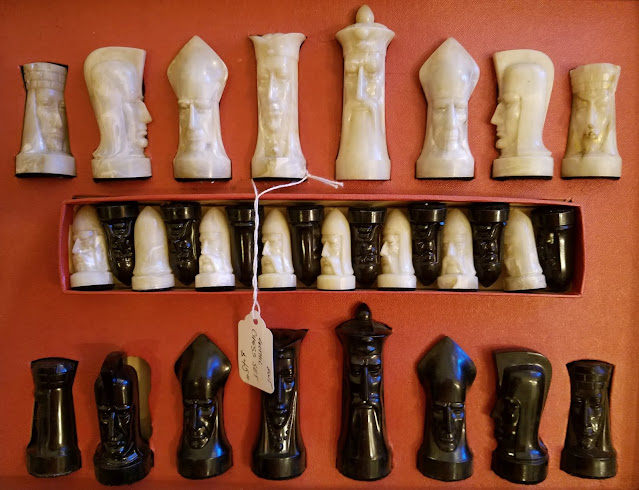 Out of everything in the antique store, this is the one item that I was the most tempted to buy.  It's nothing fancy - just a plastic chess set with cool faces on the pieces, but I was very excited to see it.
This chess set is identical to the one that my grandfather and I used when he taught me how to play when I was a kid.  I couldn't have been older than 6 or 7 years old at the time.  He beat me at every game until I was a teenager, but he showed me how the pieces moved and taught me the strategies that he knew.  I was certainly no Bobby Fischer, but for an elementary school kid, I could hold my own.  Playing chess with my Grandpa at the kitchen table is one of the happiest childhood memories that I have.
I'm 99% positive that I have the chess set that we played on back in the 80's in a shoebox in the attic.  I know I don't have the original box (that was pretty much wrecked when I first laid eyes on the set as a kid), but I didn't think it was worth spending $45 for a duplicate set just because this one came with the box.  If I had the extra money to burn, I would have, but there are bills to pay, and if I ever come into some spare cash, I know where to find it. 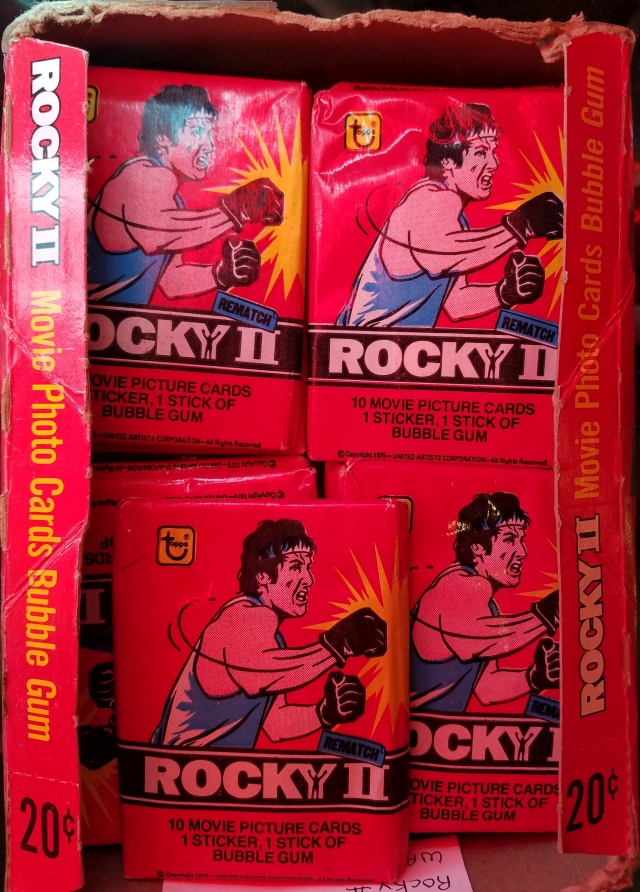 This was another temptation, but the price they were charging was more than I was comfortable paying (hint: it wasn't 20 cents a pack).  Rocky is one of my all-time favorite films, and Rocky II was my mother and father's first date.  If I ever find a set of these that isn't too expensive, I'll probably pick it up, but I had to pass on these unopened wax packs. 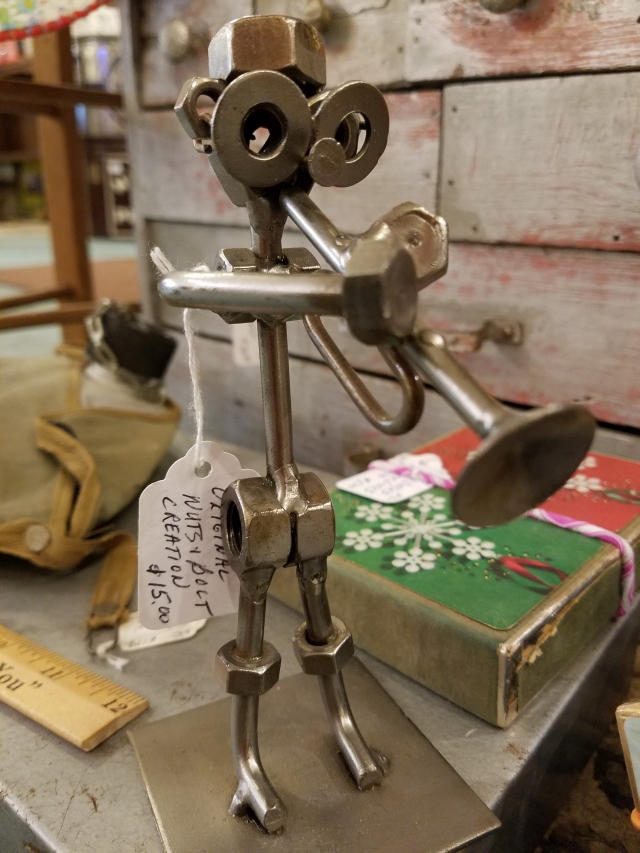 Last, but certainly not least, is this little guy.  I really wish I would have bought him.  My cousin does sculptures like this, and I've always really liked them.  It may not have been my favorite thing that I laid eyes on at the flea market, but it's the one I regret not buying.  However, I came here with a budget, and if it's a choice between a cool little sculpture and a baseball signed by Richie Ashburn, Harry The K and By Saam, the baseball is going to win out every time.