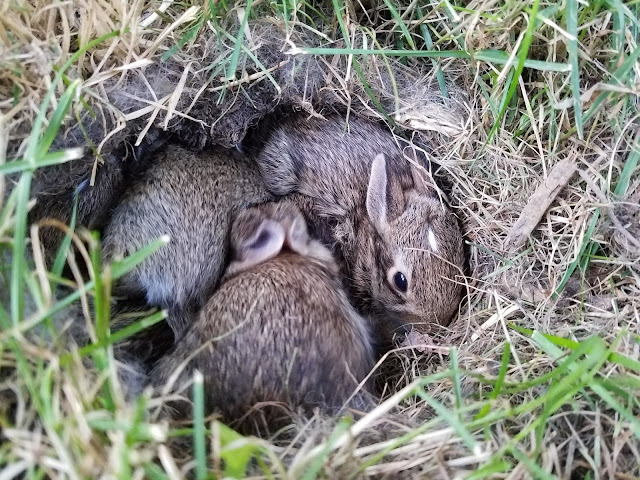 Earlier in the summer, we discovered a nest of baby bunnies in the back yard.  We put a deck chair over the hole that they lived in and surrounded it with some bricks to help protect the bunnies from the rain, and to act as a line of defense that would slow Harvey down in case his curiosity got the best of him. 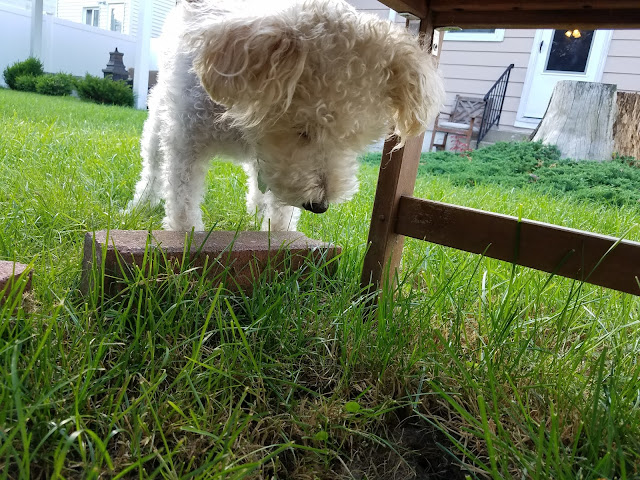 Harvey was curious, so I brought him over to the nest to have a look.  With supervision, he was very well behaved.  He watched the baby bunnies and sniffed at them a little bit, but he didn't try to paw at them or pick any of them up in his mouth.  He's a very sweet and gentle dog. 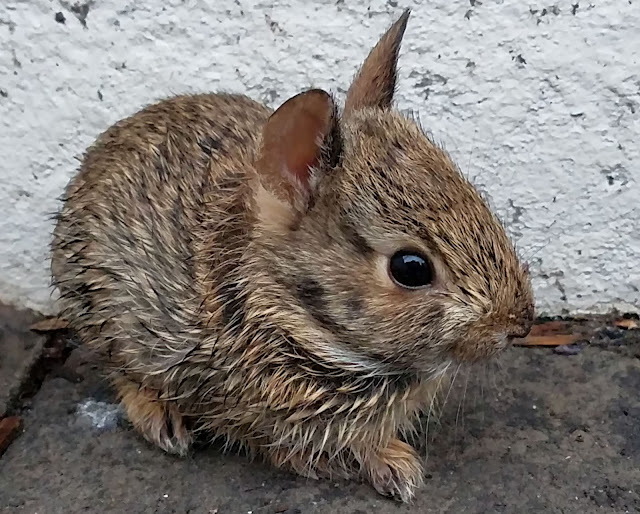 Yesterday, after several weeks of staying huddled together in their nest, the baby bunnies decided to come out and hop around.  Harvey may be a good boy, but when he saw small, furry animals running around his back yard, he happily chased after them.  I doubt he'd hurt them deliberately (he has caught birds before, and after he dropped them, they flew away completely unharmed), but he wouldn't be doing their health any favors either.  It's a risk I didn't want to take. 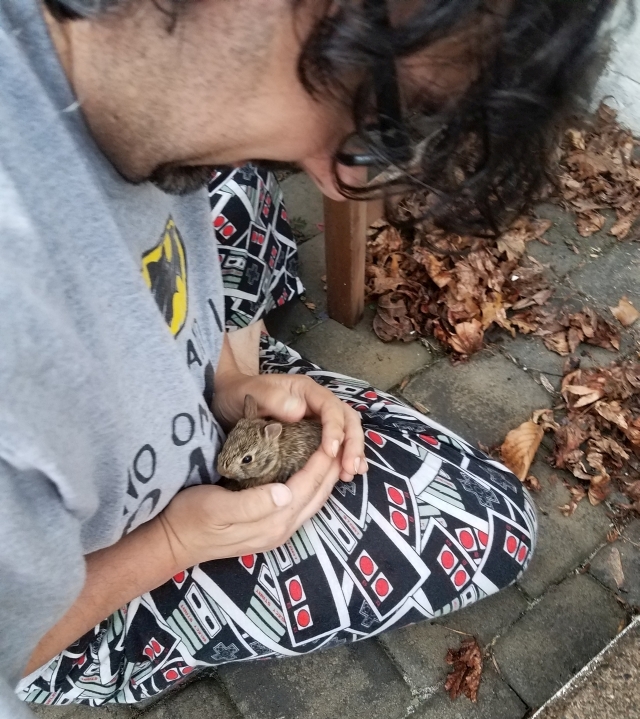 I was concerned about the mother rabbit rejecting them if they had the scent of a human, but I did a little research first and learned that it's a myth.  They were a little scared, and one was particularly hard to catch, but they were as gentle with me as I was with them when I was able to scoop them up - no scurrying or biting.  So, one by one, the baby bunnies were relocated to a nice patch of grass in the front yard with plenty of plant life to take cover from birds and the sun, and where my little pup will be unable to chase them.