Open Up And Say Ahh-Some 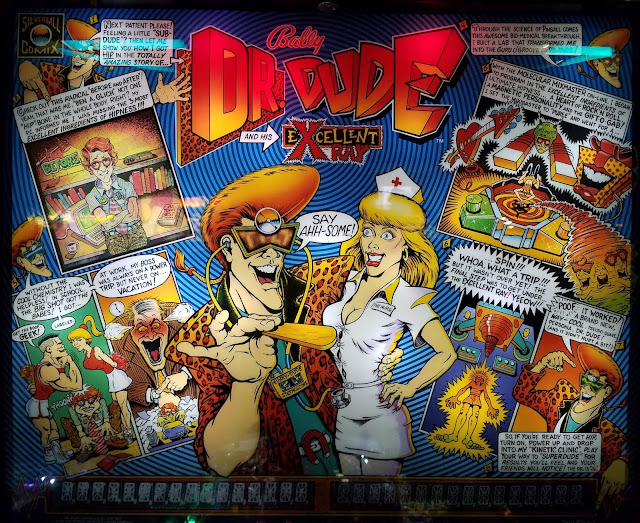 Dr. Dude And His Excellent Ray
Bally Midway (1990)
I shared a lot of photos from the Timeline Arcade yesterday, but this pinball machine is deserving of its own entry.  This is the first time I've seen or played Dr. Dude.  In fact, I've never even heard of it before, but it definitely left an impression.

The font of the words "Dr. Dude" and "Excellent" in the logo combined with the year that the game was released make me wonder if this was originally planned to be a Bill & Ted's Excellent Adventure game.  The Dr. Dude logo is different from the Bill & Ted title screen, so this is probably just my imagination, but my thoughts went straight to the film when I saw this machine. 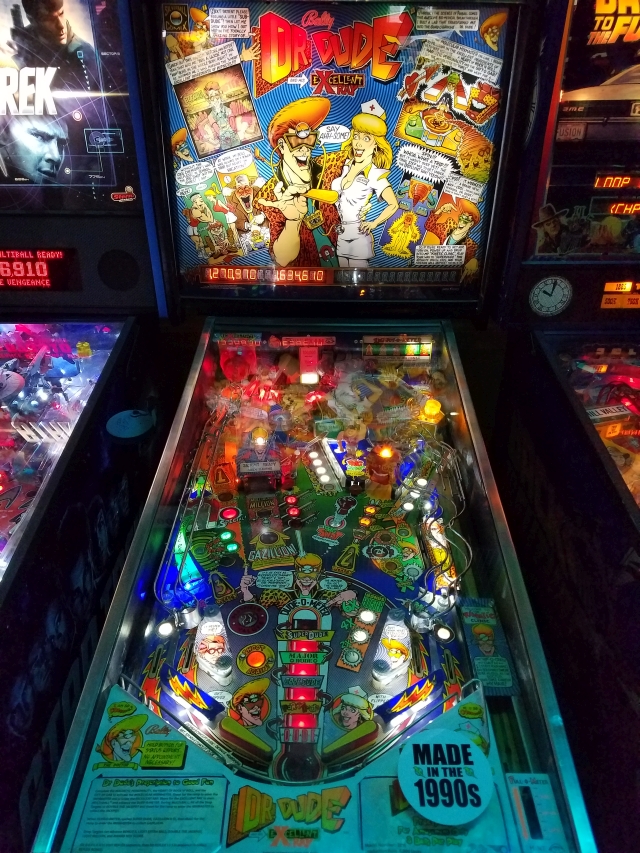 The game tells the story of a nerdy teenager named Ben A. Glitch who discovered the three most excellent ingredients of hipness that were missing from his life: a heart of rock & roll, a magnetic personality, and the gift of gab.  He invented a Jacuzzi called the Molecular Mixmaster and the Excellent Ray which enabled him to transform into Dr. Dude.  This new character is decked out in a leopard print jacket with a horseshoe magnet belt and a "Funky-Dude Stethoscope" with a built-in Walkman.  He's also got a pompadour haircut, a Bruce Campbell chin, and a head mirror with sunglasses.

The table is loaded with bonus games, including the potential to score a gazillion points if you reach Superdude Status.  You achieve this by following the steps that Ben did to transform into Dr. Dude - complete the missions for the Heart of Rock & Roll, Magnetic Personality and Gift of Gab.  Then, hit the ball into the Molecular Mixmaster, and finally to the Excellent Ray.

It's a very colorful, fun pinball game with a lot of personality.  I'm surprised that it wasn't a bigger hit for Bally Midway.  It might have flown under the radar because it was released in 1990.  This was a low point for arcades - too late for the early to mid 80's high point, and a couple years before for the arcade renaissance brought on by Mortal Kombat and Street Fighter II really took off. 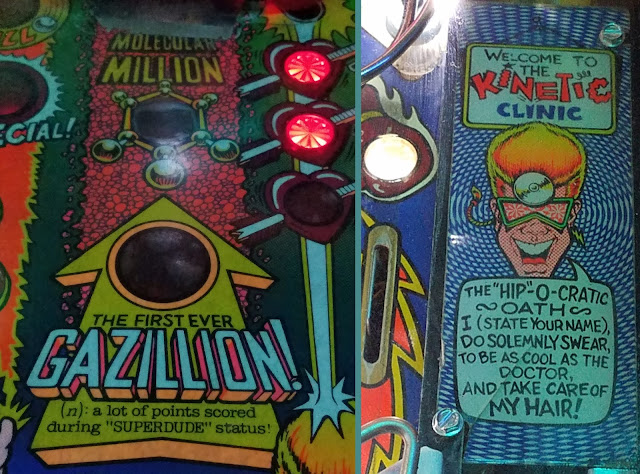 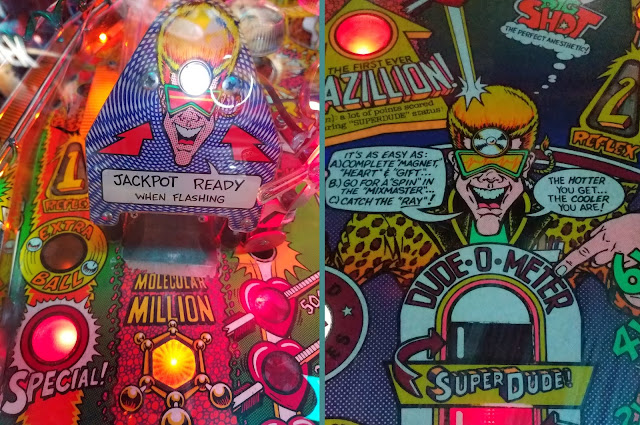