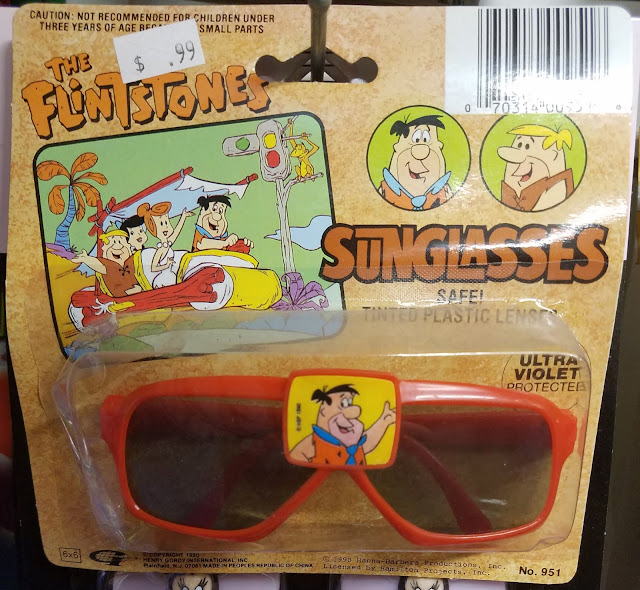 The Flintstones Sunglasses
Henry Gordy International (1990)
I love seeing things like this out in the wild.  These Fred Flintstone sunglasses came off of some assembly line in China over a quarter century ago.  They were then unpacked and hung on a shelf at a drugstore or a department store somewhere in the country.  Months went by, and thousands of shoppers walked past them.  Maybe a kid threw it into their parent's shopping cart until mom or dad discovered it, took it out, held it in the air and shouted "no" before tossing it randomly on the shelf.  Eventually, the store got tired of seeing it, so it got packed up into a box of other unsold merchandise and moved on to another store, then another, then another, until finally it ended up at the Hometown Farmers Market in Tamaqua, PA where it will probably sit for another decade until someone decides to pay 99 cents for it. 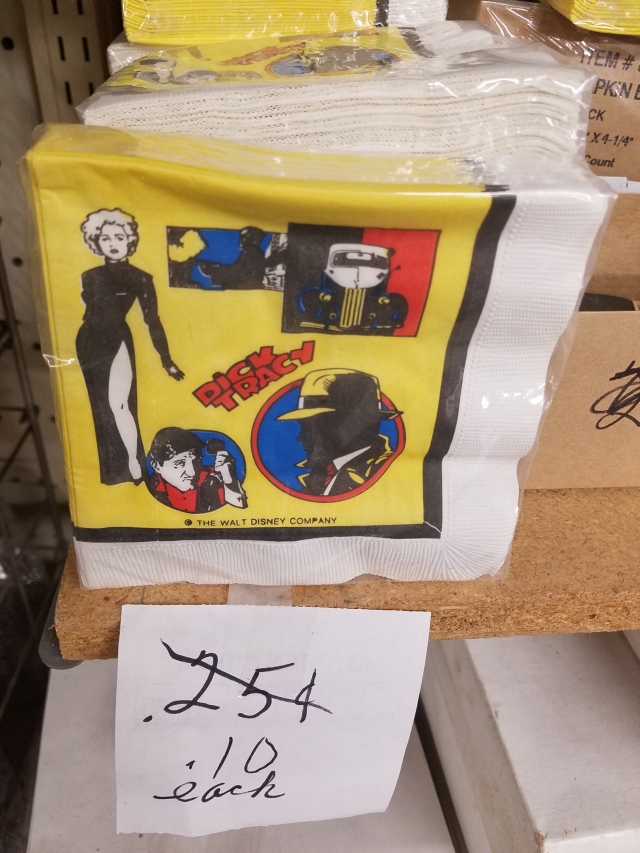 These party napkins sat around on store shelves for even longer than the Flintstones glasses.  The Dick Tracy movie came out in the summer of 1990.  I was nine years old at the time.  I am now five years older than Madonna was when she played Breathless Mahoney (pictured on the left of the napkin), and these napkins are still shrink wrapped together, waiting to be purchased and used for little Timmy's birthday.  Each pack has been marked down to a dime, so of course I bought them.  Now, I'll be all set to host a viewing party for the inevitable remake that's sure to be on Netflix any day now.