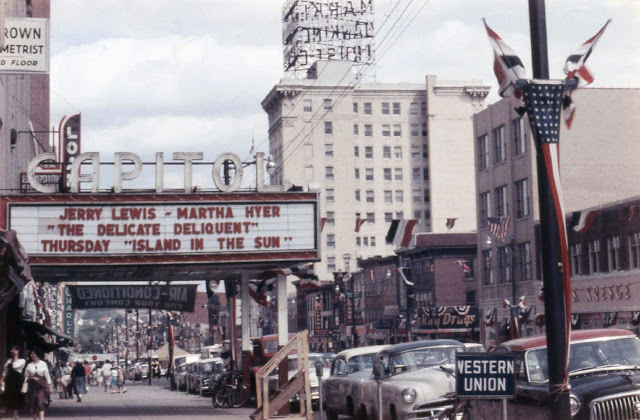 Capitol Theater
Broad Street - Hazleton, PA (1957)
This photo of The Capitol Theater was taken in mid-July 1957.  The flags and decorations on Broad Street are part of the celebration of Hazleton's Centennial.  The theater was showing The Delicate Delinquent, and were about to show Island In The Sun starting on Thursday.  Although both of these films were released in early June, I was able to find this ad from July 15th that helps to date the photo. 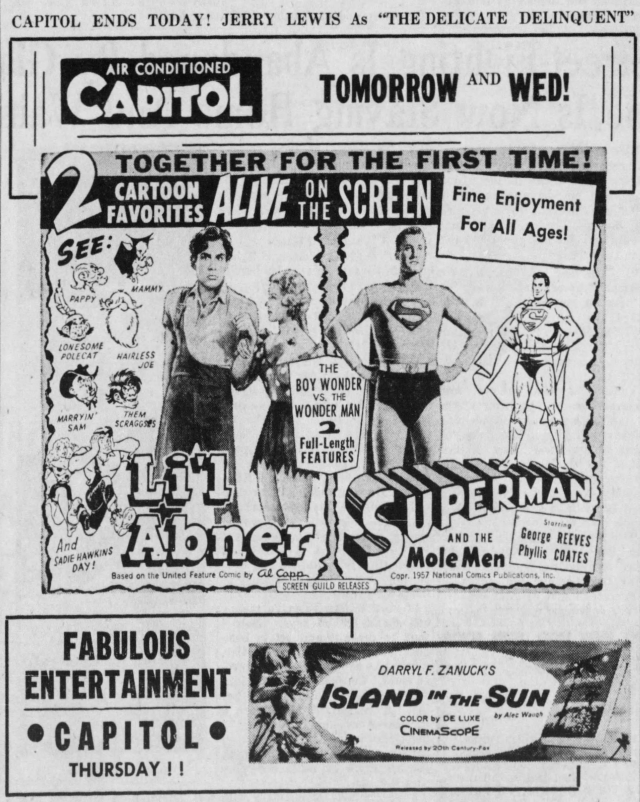 For much of the first half of the 20th century, the 2,200 seat Capitol Theater was one of the nicest movie theaters in Northeast PA.  The Capitol closed its doors on May 18th, 1963 and the building was converted into a business complex that included the S&H Green Stamp Redemption Center, Ceil's Gift Shop, UGI Gas, Mary & Louis Apparel Shop and G&J's Men's Shop.

The shops at the old Capitol Theater remained for almost 20 years until the building was destroyed by a fire in 1982.  The little that was left had been torn down, and a single-story row of shops and offices were built that stand in its place to this day.