They Should Go On Tour With Kansas 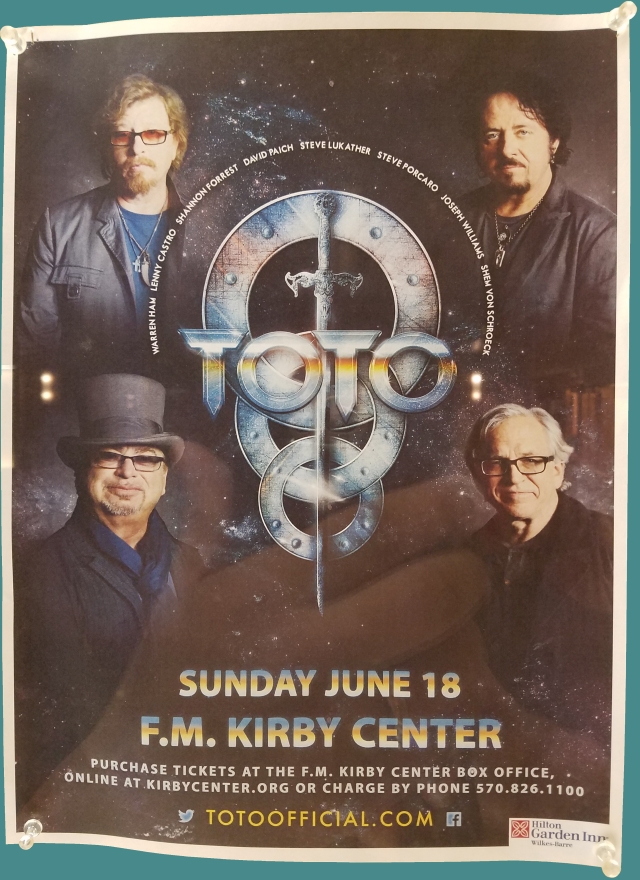 Toto
FM Kirby Center - Wilkes-Barre, PA
I'm not going to pretend that I'm the world's biggest fan of Toto.  I don't mean that in a way that is meant to be disparaging or disrespectful.  I'm just not very familiar with a lot of their music.  In fact, the only songs of theirs that I know well are Rosanna, Hold The Line and Africa, but the latter is one of my all-time favorite songs, so I wasn't going to pass up the chance to see them this close to home. 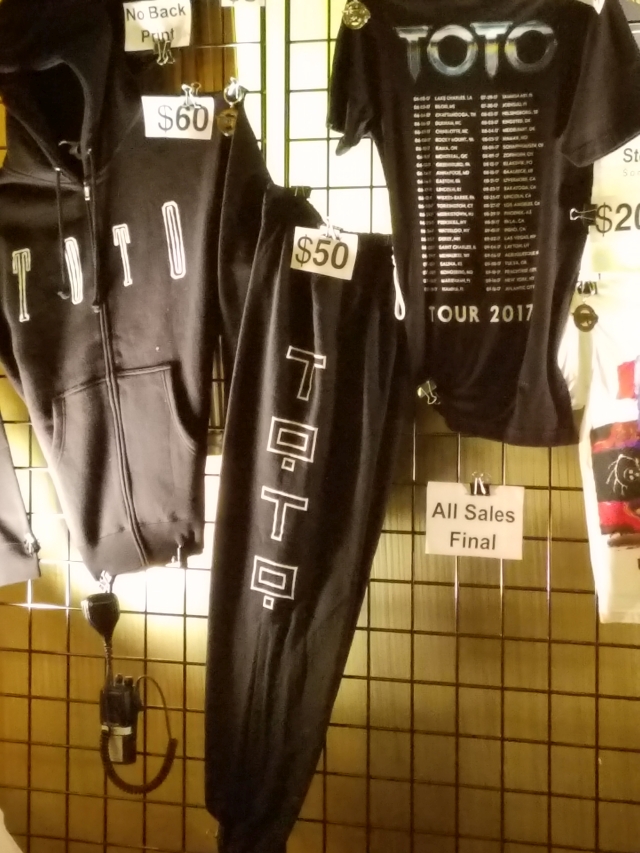 While I'm happy to fork over the cash for tickets to see a rock concert, I have to draw the line at $50 sweatpants.

I may not have been familiar with most of the songs they played, but this was a great show.  I enjoyed all of the music (both the songs I knew and the ones I didn't), and I learned quite a bit about the band that I never knew.  For example, I had no idea that lead singer Joseph Williams is the son of legendary score composer John Williams.  I also didn't know that he was the voice of Simba as an adult when he sang Hakuna Matata in The Lion King.
Over the next few weeks, I think I'm going to have to do some research and spend some time listening to Toto records so that I can catch up on a fantastic band that I haven't taken the time to fully appreciate. 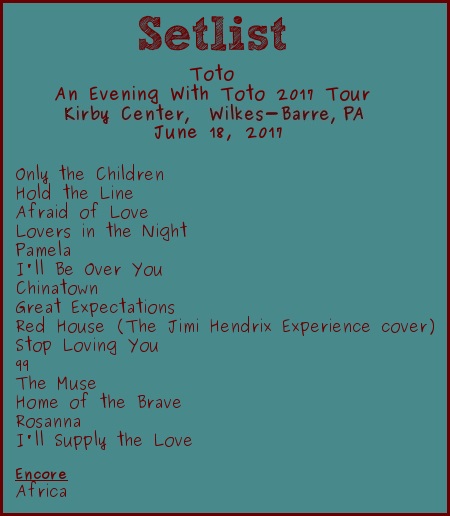