Who Says Physical Media Is Dead? 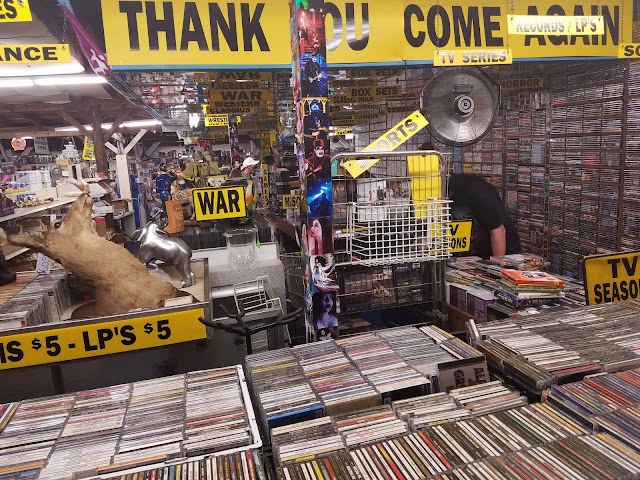 Hometown Farmers Market
Tamaqua, PA
There's a pretty decent sized music store at the Hometown Farmers Market.  They have just about everything you can think of: records, tapes, CDs, DVDs, and more movies and albums than you would ever expect to find at a farmer's market.  I stopped by to see if they had anything from The Fixx on vinyl. I wasn't really expecting to find much, but they had their entire catalog, all in excellent condition, and all at a very fair price.  Also, for some reason, there's a mounted deer's head randomly sticking out of a CD bin.  You get used to seeing that sort of thing at Hometown. 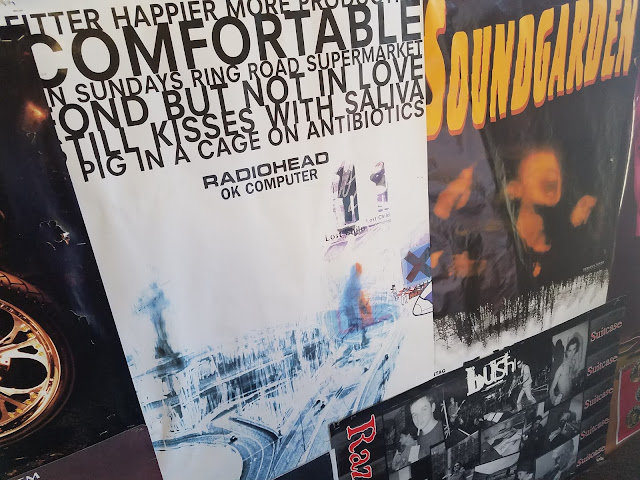 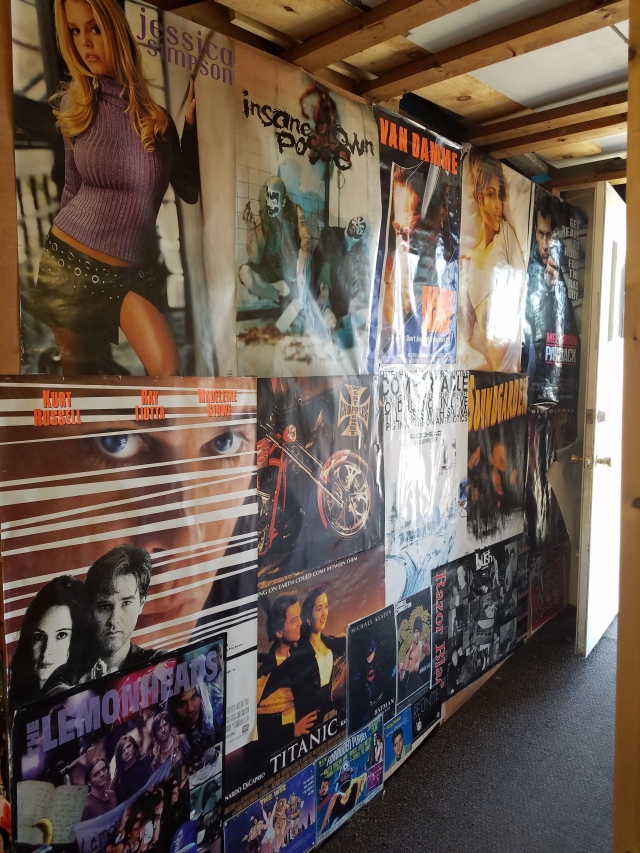 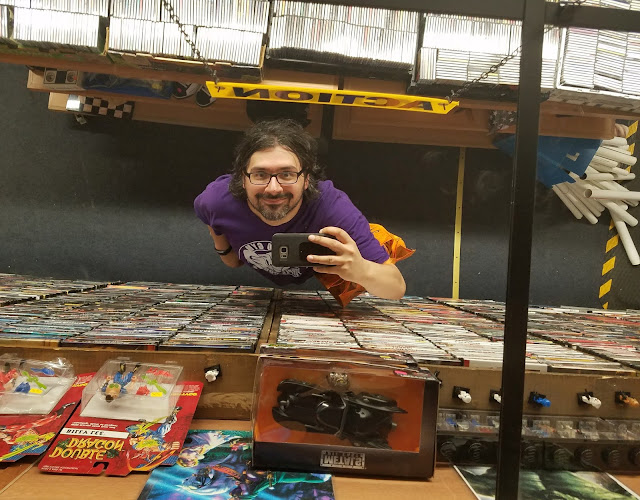 The entire ceiling of this place has mirrors.  I'm guessing this is an anti-shoplifting measure, but all it did for me was to get the lyrics to Hotel California stuck in my head for the next hour.  You'll notice that there's also a random assortment of vintage toys throughout the store, including these: 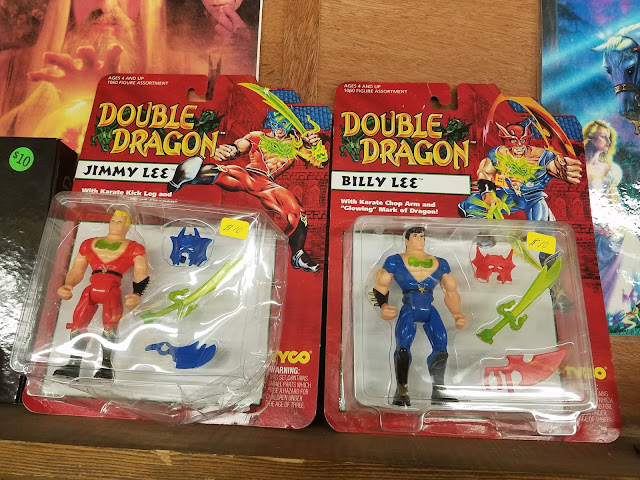 I never knew they even made action figures for the early 90's cartoon based on the Double Dragon games, but here they are in all their glory. 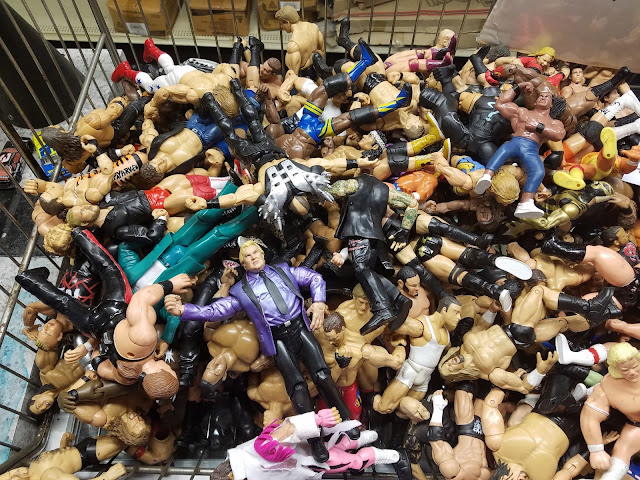 The biggest stash of toys in this place was their stock of pro wrestling action figures.  This is just one bin.  There were tons of them throughout the shop with figures ranging from the mid 80's to present day.  My days of buying wrestling toys are pretty much behind me, but seeing Bobby "The Brain" Heenan staring up at me from a pile of plastic toys is always going to bring a smile to my face.