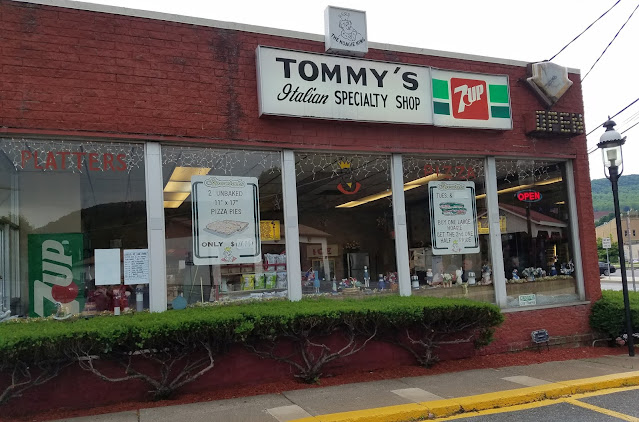 Tommy's Italian Specialty Shop
Tamaqua, PA
I've passed by this place lots of times on the way to Reading Phillies games, but I've never stopped in for something to eat before today.  The food was good, but there's something about this place that's just a little off. 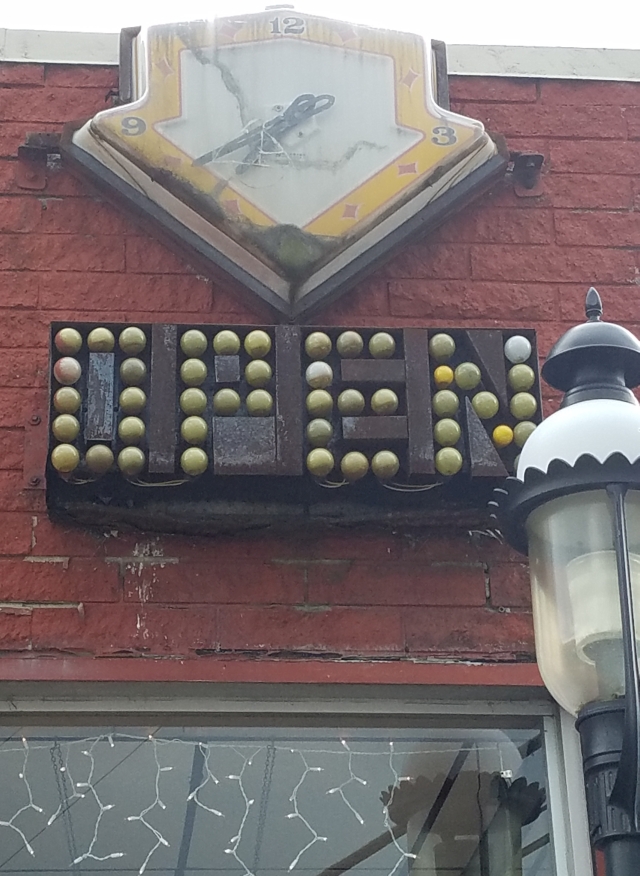 First of all, the building has an old broken clock above an old broken sign that tells you if the restaurant is open.  This is near a suspiciously old street light.  I'm not able to confirm if it's also broken, but I suppose the same could be said for just about any random street light that you come across before it gets dark.  Then again, if it is dark and the light is broken, you might not be able to see that it's there at all, so you wouldn't be able to confirm that a broken light exists.
I was tempted to bring this up to the server, but there were more puzzling things to discover inside. 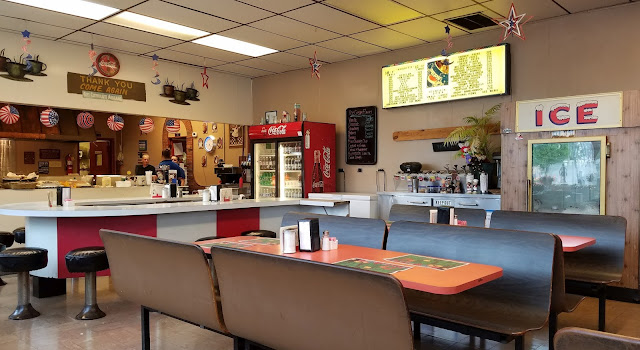 They must really like soda here, but they can't seem to settle on a brand.  The sign on the outside has a 7-Up logo, and one of the first things that you see when you walk into the place is an old 7-Up soda cooler that doesn't hold soda (more about that later).  Then, there's a Coca Cola cooler that holds the real soda, and a Coke clock on the wall.  Then, there's a menu on the wall with a big old picture of a Pepsi in the center. 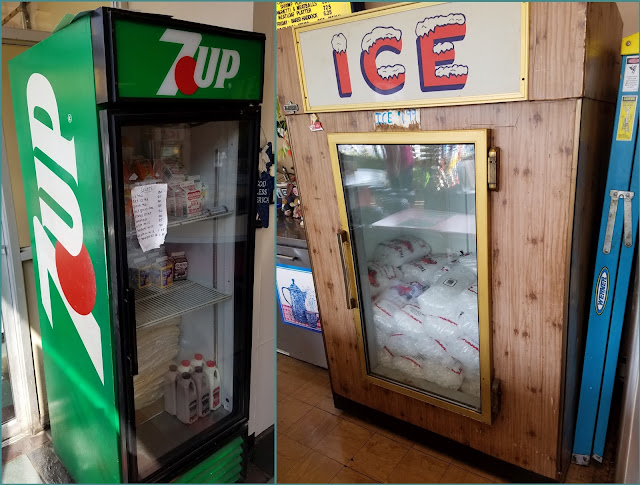 The 7-Up cooler looks like it's been there since the 70's or 80's, but at some point between then and now, it has been demoted from soda to milk, tea and pizza shells.  My first thought upon seeing this is that I wish I had one of these for my garage.  It would be pretty cool to have a vintage 7-Up cooler for drinks and snacks.  That train of thought was quickly derailed when I saw the ice freezer.
I have many questions about this freezer.
First of all, why is there a random freezer with about 50 bags of ice sitting in the dining room of this restaurant?  I've been to plenty of diners that have a candy and gum counter at the register, or even a t-shirt, but do these folks really have a side business slinging bagged ice to folks for $1.99 after they've had their lunch?  I suppose they must have had a customer one evening who finished their meal and when they were asked if there will be anything else before getting the check, they exclaimed "Golly, I really wish you sold massive bags of ice so I don't have to stop on the way home".
Also, what's with the wood paneling?  I could understand if there was wood paneled walls or if the restaurant had a cabin feel to it, but nope.  Just a faux-wooden freezer in the corner that stands out like a very bizarre sore thumb. 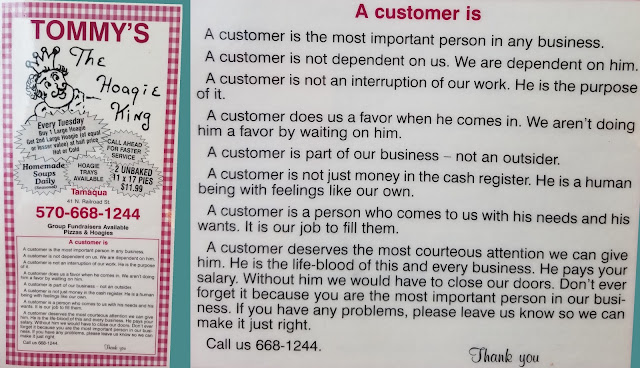 Well, enough of the ambiance.  It's time to place my order... and oh good, there's a manifesto on the front of the menu.  What is a customer?  Hmm... I guess I've never thought about it too deeply, but The Hoagie King has me covered with a full detailed explanation.  Apparently the customer is the most important person in the business, unless that person happens to be a woman.  Perhaps I'm reading too much into this, but there seems to have been a pretty deliberate effort to be gender specific.
My question is: do I have to prove my gender to deserve the most courteous attention they can give me, and if so, what form should that proof take?  Are jeans and a t-shirt enough, or do I have to grow a beard?  Can I just show you my drivers license, or do I have to drop trow right here in the dining room and show you what's going on downstairs?  Hey, I'm just asking questions here, because there are no fewer than nine pronouns specific to men.  That's a few too many to be accidental. 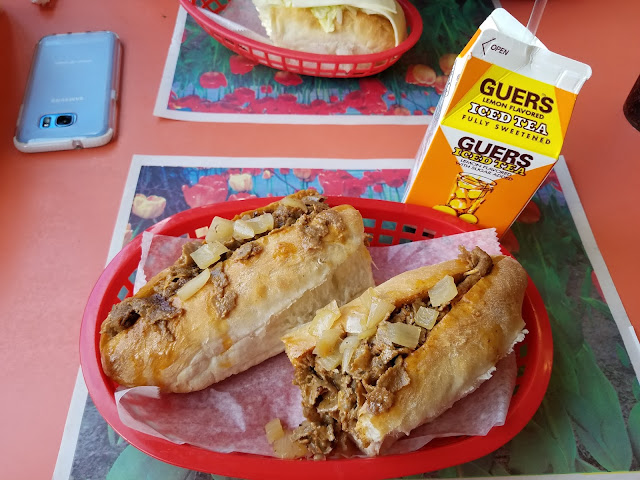 Thankfully, I decided not to wear a pink skirt and a cute little Hello Kitty top to the ballgame today, so I was given prompt customer service when I ordered my iced tea and cheesesteak.  It was pretty good; not the best cheesesteak I've ever eaten, but certainly not the worst.