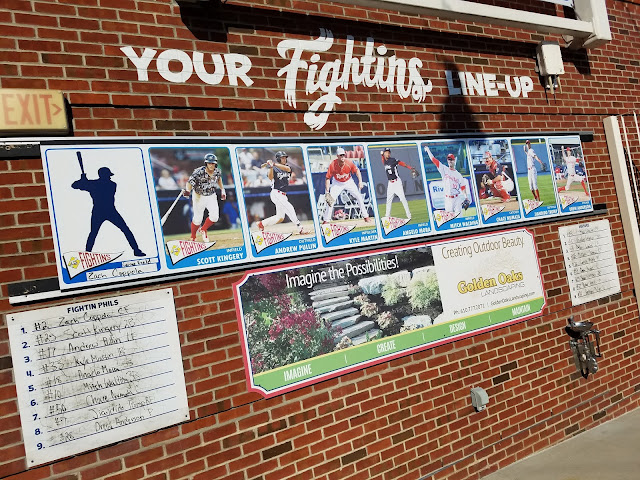 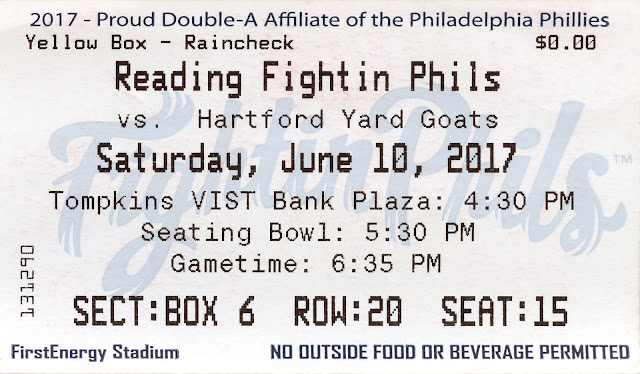 We went to a game on May 13th that rained out before it began, so we went to this game with our raincheck tickets.  It turned out to be a lucky turn of events because there was a fireworks show scheduled to take place after the game.
They do a really nice job with the fireworks after Reading Fightin' Phils games, but the marketing for it makes me chuckle.  For the last few years, every fireworks game that I've been to was promoted as "the largest show in the history of FirstEnergy Stadium".  I like to think that they have a notebook somewhere with the total number of fireworks that went off after the last game, then they go ahead and add a sparkler or something to make the next one the largest in the history of the ballpark. 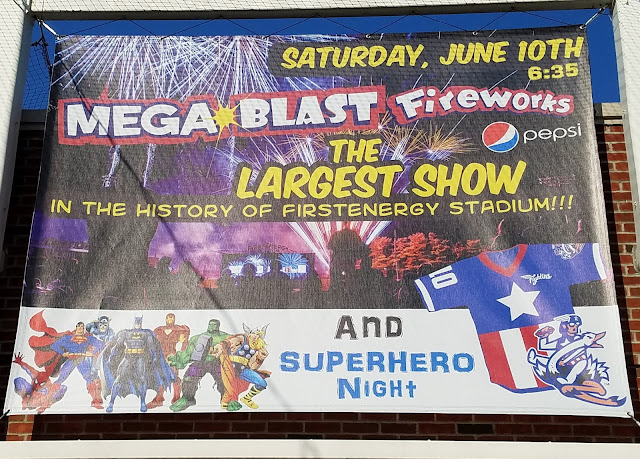 Tonight is also "Superhero Night", so the promotional team at Reading has decided to celebrate by reminding the players that they're in the minor leagues by making them wear special Captain America themed uniforms in tonight's game.  I get it... they're trying to make the game fun for kids, but I had plenty of fun at West Palm Beach Expos games when I was a kid without seeing Rondell White dressing up as the Green Lantern. 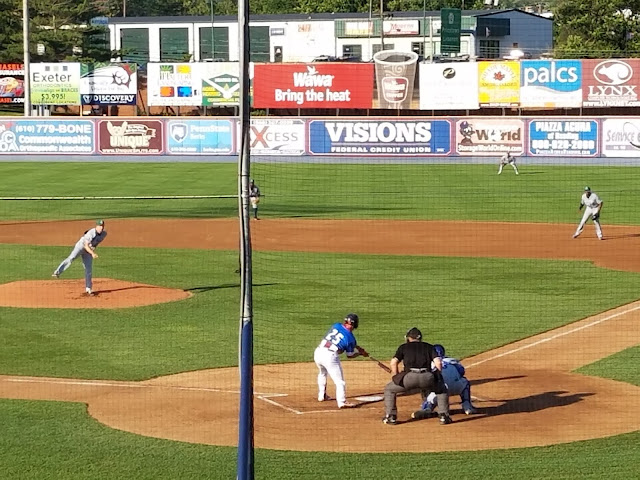 The game was scoreless until the Fightin' Phils put together a rally in the bottom of the 5th when catcher Chace Numata singled and scored on a fielder's choice.  Center fielder Zach Coppola reached on a fielders choice, and second baseman Scott Kingery drew a walk to put two runners on left fielder Andrew Pullin. Pullin helped the Fightin' Phils pull ahead even further with a two run triple to put the Phils ahead 3-0.  Reading tacked on another run in the bottom of the sixth.
Drew Anderson did his part, giving up only two hits and a walk in seven innings of work.  Yard Goats shortstop Anthony Phillips, who played for Reading in 2014, hit an RBI double off of reliever Austin Davis in the 8th, but it would be their only run of the game.  Alexis Rivero pitched a scoreless 9th to record his first save and lock down the win for the Phils.