Do You Believe In Rock 'N' Roll

Don McLean
Penn's Peak - Jim Thorpe, PA
Every once in a while, something pleasant and unexpected falls into your lap.  Tonight was one of those nights. 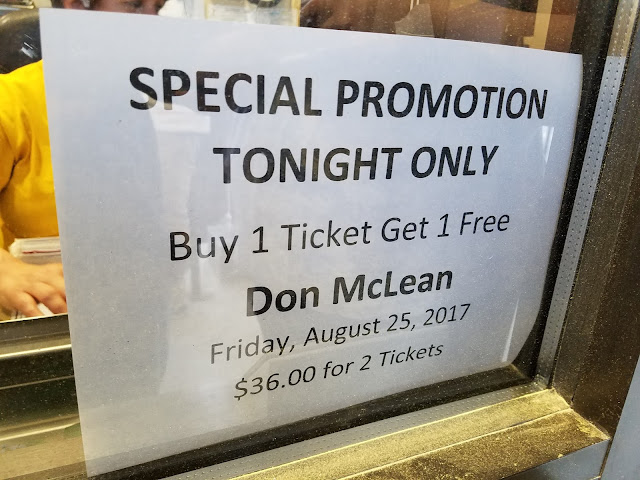 I saw Gordon Lightfoot perform at Penn's Peak back in May, and they had a sign up in the box office advertising a flash sale for tonight's show.  They were selling tickets on a buy one, get one free sale.  It worked out to $36 bucks for two tickets, which is an absolute steal!  I had no idea that Don McLean was on tour, but there was no way that I could pass up the opportunity to see him live in concert.  It would have been a bargain at three times the price. 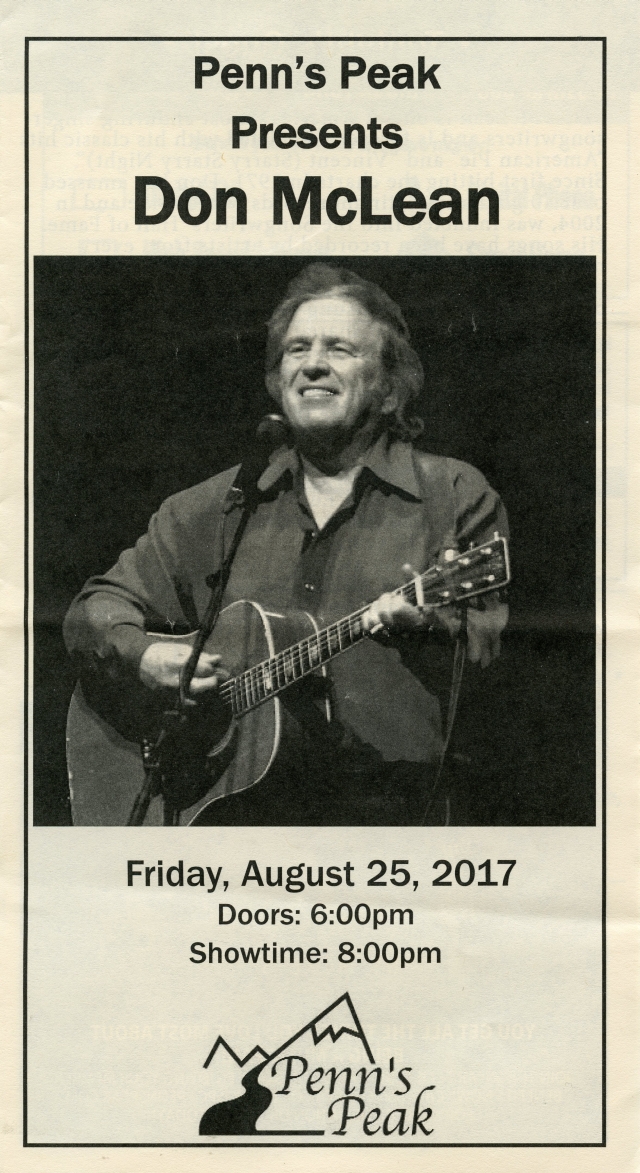 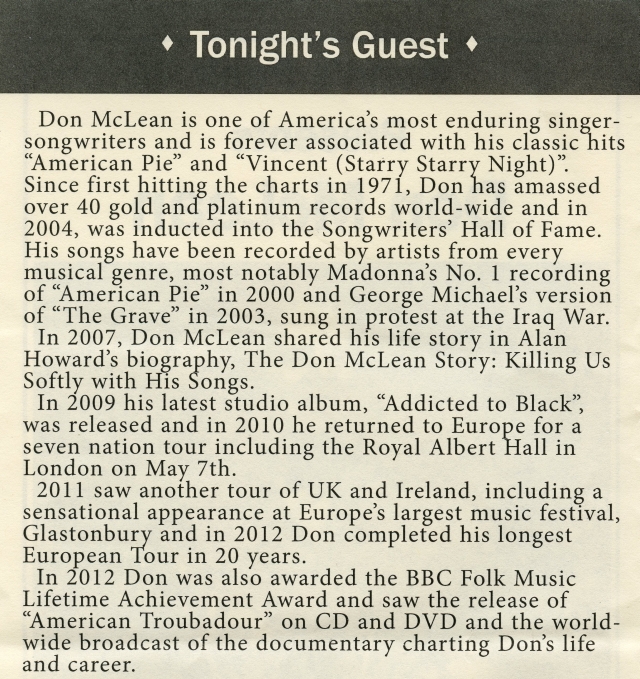 To be completely honest, I'm not very familiar with Don McLean's catalog.  I know American Pie, of course.  Everyone does.  It's one of the most recognizable and iconic songs ever recorded.  I recognized at least a few other songs that he performed tonight, but I didn't know they were his.  It was a great show and I'm thankful that I had the opportunity to be there.