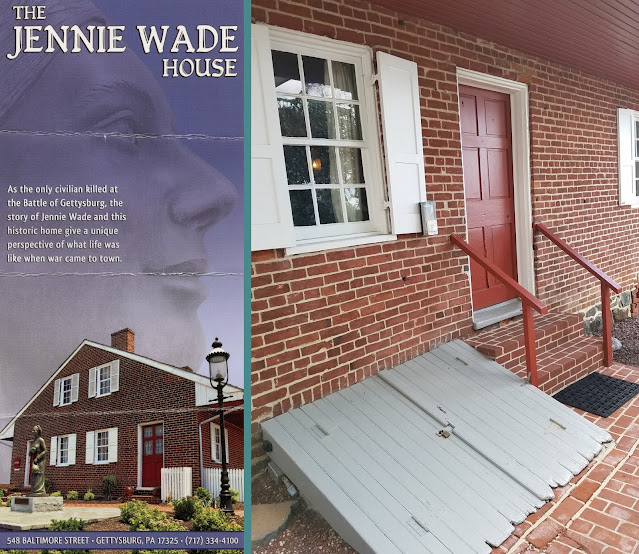 The Jennie Wade House
Gettysburg, PA
Twenty year old Jennie Wade was the only civilian who was killed in the Battle of Gettysburg.  She died in her home on July 3rd, 1863 when a stray musket bullet (one of over 150 that struck the house during the battle) went through the kitchen door and killed her instantly while she was baking bread. 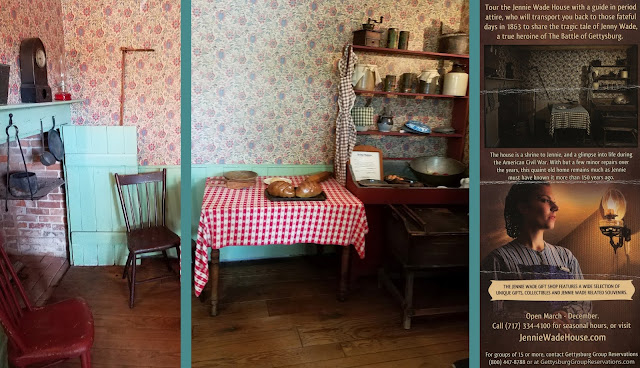 Jennie's home has been turned into a tourist destination.  It has had minor repairs, but it's been preserved exactly as it was during the Civil War. 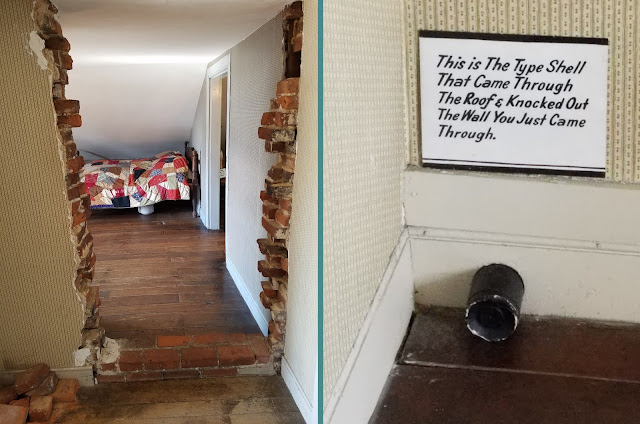 There were two families living in this house in 1863; a bit like a 19th century half double.  One of the artillery shells that struck the roof during the Battle of Gettysburg knocked out a large chunk of the wall that divides the house. 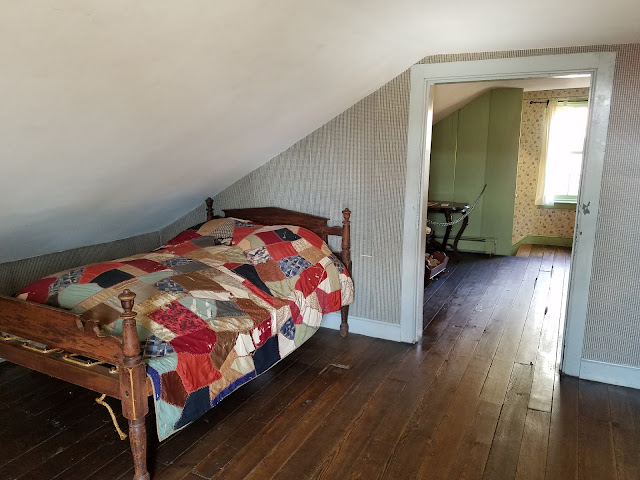 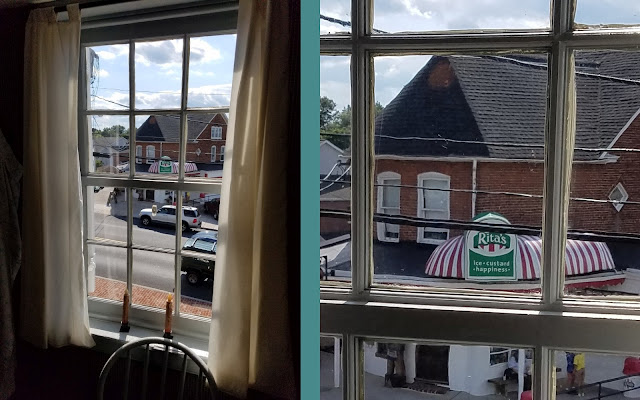 The folks in charge here have done a fine job of taking guests back to the time of 1863 during the guided tour.  However, if you pay them a visit, I would advise looking away from the windows.  There's something about seeing the striped awning of Rita's Italian Ice that takes you out of the moment.