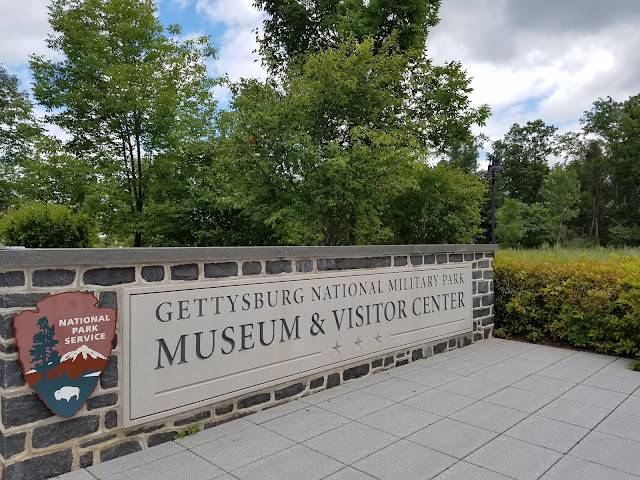 Gettysburg National Military Park Museum
Gettysburg, PA
We took a trip to the Gettysburg Museum today for my wife's birthday.  I enjoy going to museums, but Angie truly loves visiting them and immersing herself in the history and the artifacts on display.  She reads every word on every plaque, and I love to see the light in her eyes when she does.  It is her truly in her element. 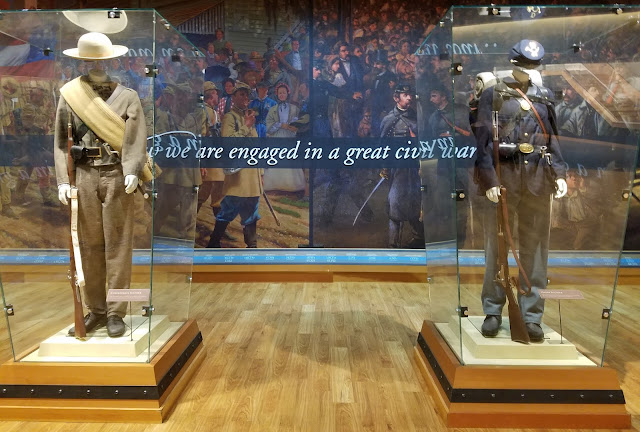 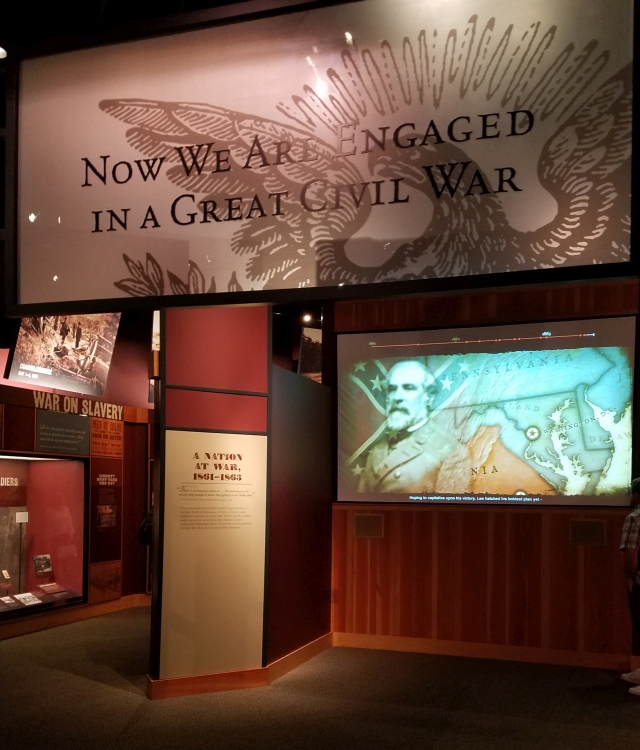 The Gettysburg Museum and Visitor Center was built to replace The Gettysburg National Museum and The Round Top Museum, both of which were acquired by the National Park Service.  It is very large and tells the story of the Battle of Gettysburg and the American Civil War in a way that no textbook could ever compete with. 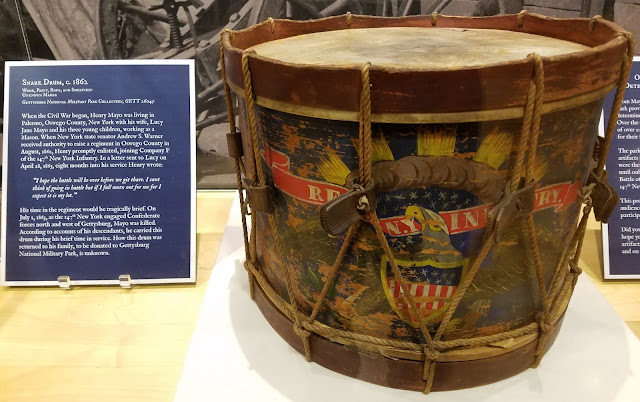 It would take hundreds of photos to show all of the artifacts that are on display at the museum.  Many have been donated by the families of Civil War veterans, while others were discovered on the battlefield. 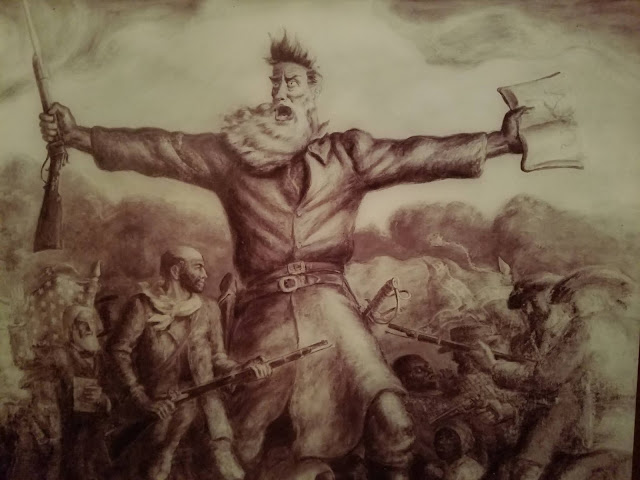 One of the most interesting things I learned on this visit was the story of John Brown.  Mr. Brown was an abolitionist, and an absolute bad ass, as shown in the artwork above.  Unlike most abolitionists of the time, he wasn't a pacifist.  He didn't just talk about being opposed to slavery; he took action.  When domestic terrorists attacked Senator Charles Sumner and the anti-slavery town of Lawrence in an attempt to intimidate officials into pursuing statehood as a slave state, John Brown retaliated by leading a group to Franklin County where they killed five pro-slavery advocates.  In my book, that alone makes John Brown a hero, but he didn't stop there.
On October 16th, 1859, he led a raid on Harper's Ferry in an attempt to initiate a slave revolt against slave owners.  Unfortunately, the three day battle was unsuccessful and Mr. Brown was executed, but whereas the slave owners won the battle, they lost the war.  John Brown's raid on Harper's Ferry is now looked back upon as a prelude to the Civil War. 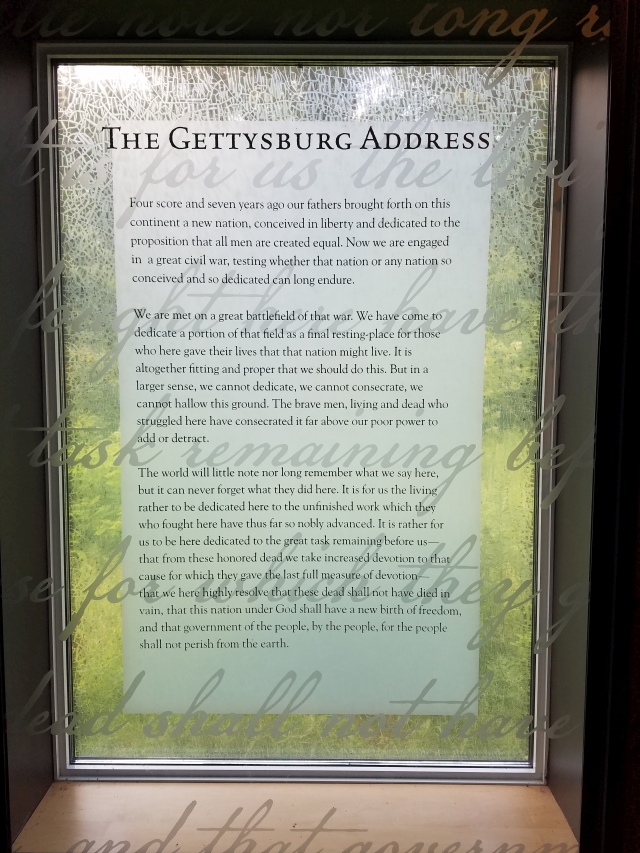 The Gettysburg Address was a speech given by President Lincoln on November 19, 1863 - four and a half months after the end of the Civil War.  It was given at the Soldier's National Cemetery in Gettysburg in honor of the Americans who fought against slavery and for the preservation of the Union.  It is only 271 words long, but it is arguably the most important speech ever given in the history of this nation. 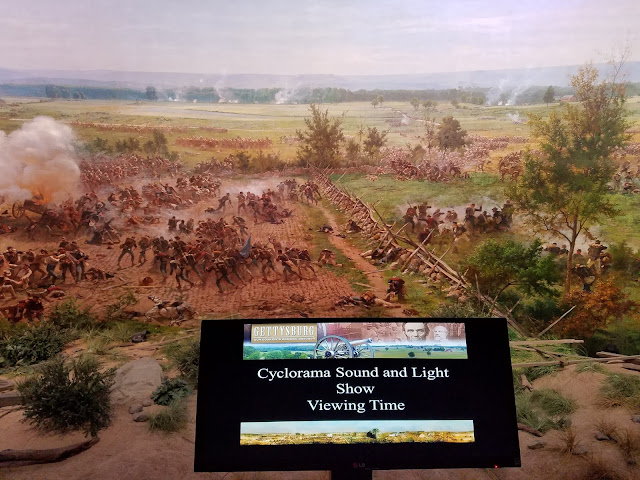 One of the most interesting parts of the museum was the Gettysburg Cyclorama.  It is a painting by Paul Philippoteaux of the Pickett's Charge, the climax of the Battle of Gettysburg.  It's 42 feet high, 377 feet long and is 360 degrees in circumference, covering the walls of an entire observation room.  That would be impressive if someone painted it today, but it was completed in 1883 - just 20 years after the actual Battle of Gettysburg.  They have it set up with an audio track and backlights that follow the story that is being told. 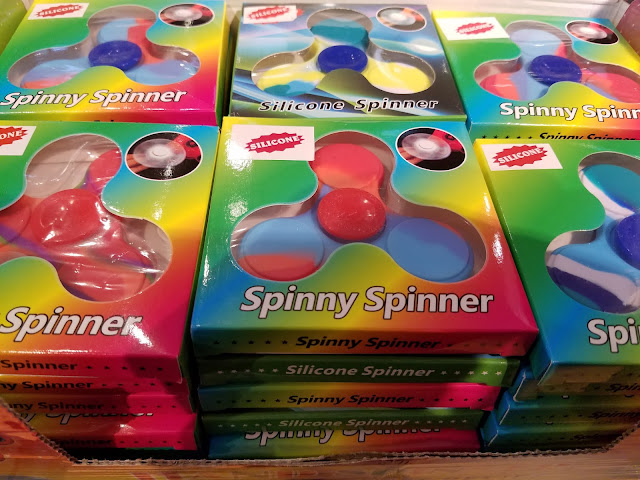 Last, and certainly least, was the inevitable stop at the gift shop where visitors could purchase souvenirs of their trip to the museum, including their very own Silicone Spinny Spinner.  I'm sure it's just like the one Abe Lincoln used to fidget with.
Sarcasm aside, this is a very nice museum and well worth the visit for anyone who is interested in learning more about American history.  I am not at all a Civil War buff by any means, but I learned quite a bit and I'm very glad that we came.