The Hall Of Fame Club 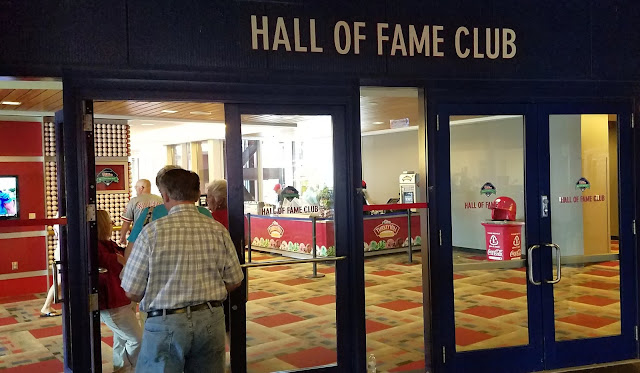 Philadelphia Phillies: Hall Of Fame Club
Citizens Bank Park - Philadelphia, PA
If you're a Phillies fan, you really owe it to yourself to attend a game with Hall Of Fame Club or Diamond Club tickets at least once.  It's not something that I can typically fit into my budget.  This is only my second time seeing it (the first time was a present for my 35th birthday), but it's definitely worth the extra money to be able to walk through the incredible museum that can be found inside the Hall Of Fame Club. 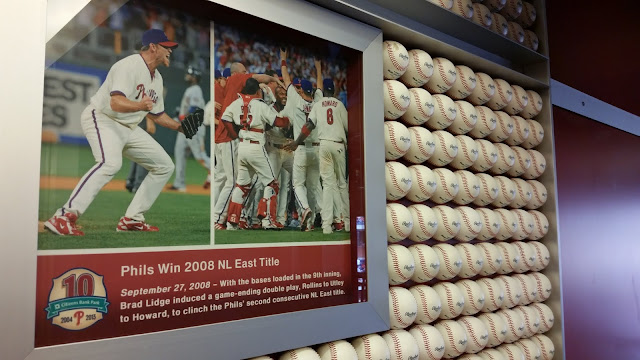 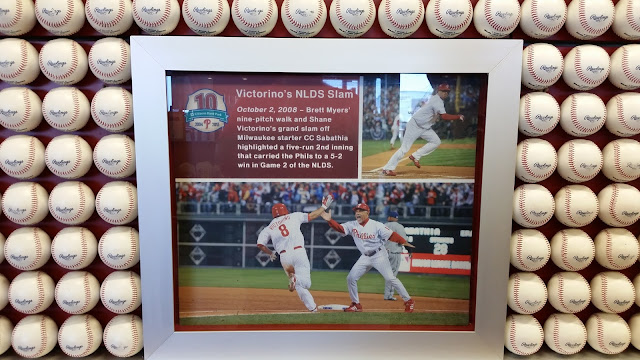 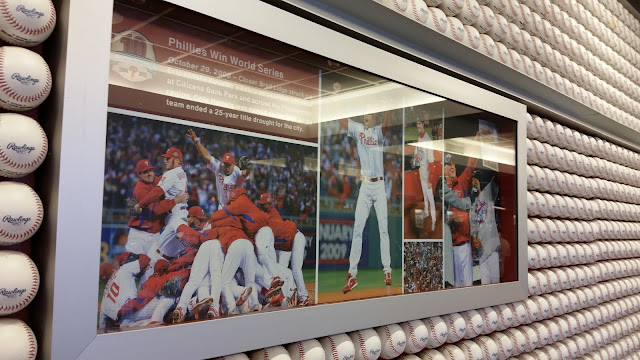 When you first enter the Hall Of Fame Club, you'll be in an air conditioned area with merchandise and food stands.  Some of the walls are lined with baseballs and framed displays of Phillies highlights.  There are exits to the left that lead out into the seating area of the ballpark, but if you keep going straight, you'll get to the museum. 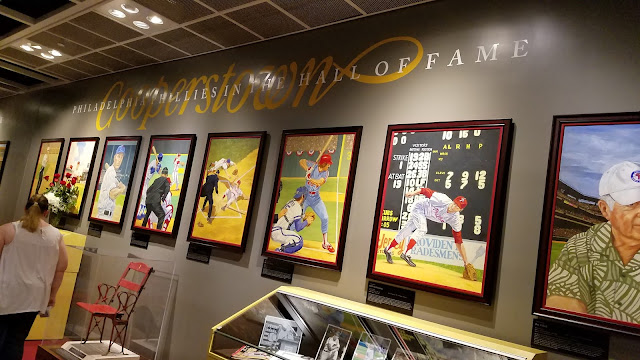 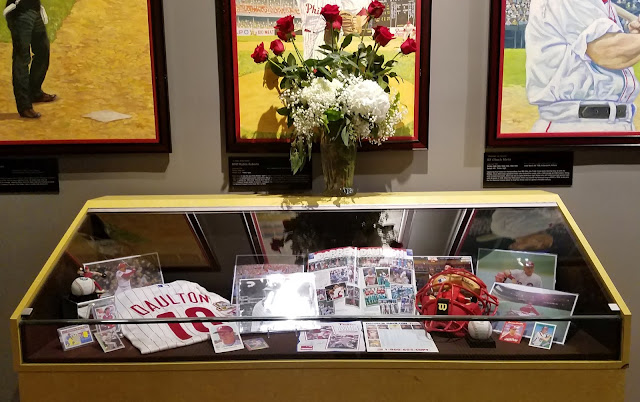 The museum includes a gallery of artwork by Donruss Diamond King artist Dick Perez.  There are also display cases that are dedicated to different players and eras of Phillies baseball.  The contents of these cases change throughout the year.  Presently, they are celebrating the life and career of 1980 World Series manager Dallas Green and Phillies legendary catcher, Darren Daulton, both of whom have unfortunately passed away this year. 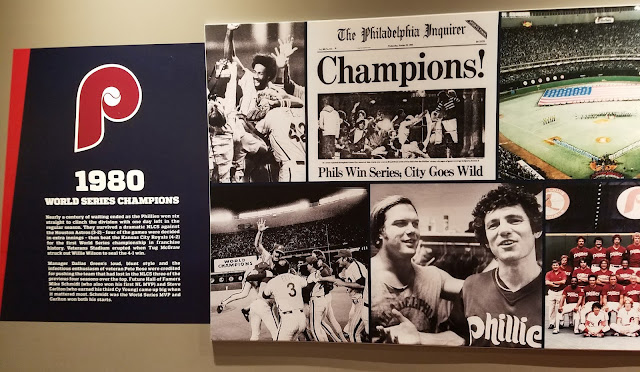 Further down, there are long photo collages that show the history of Phillies championship teams through the years. 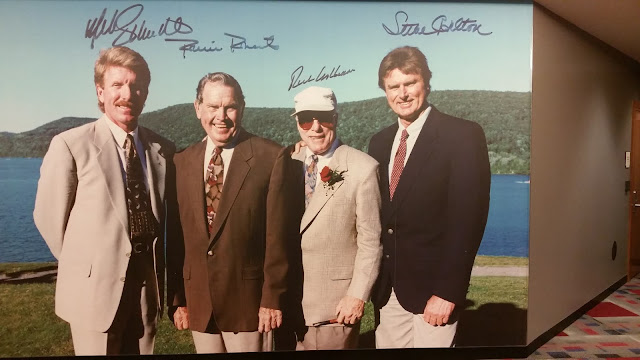 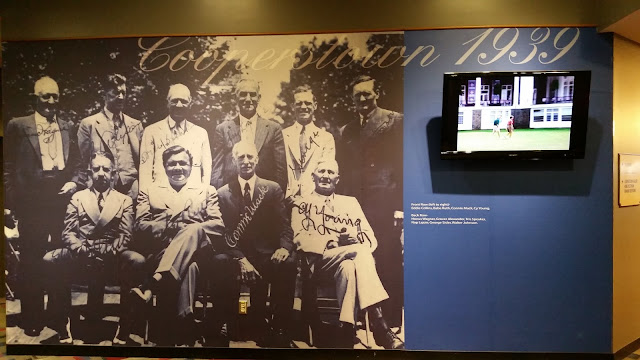 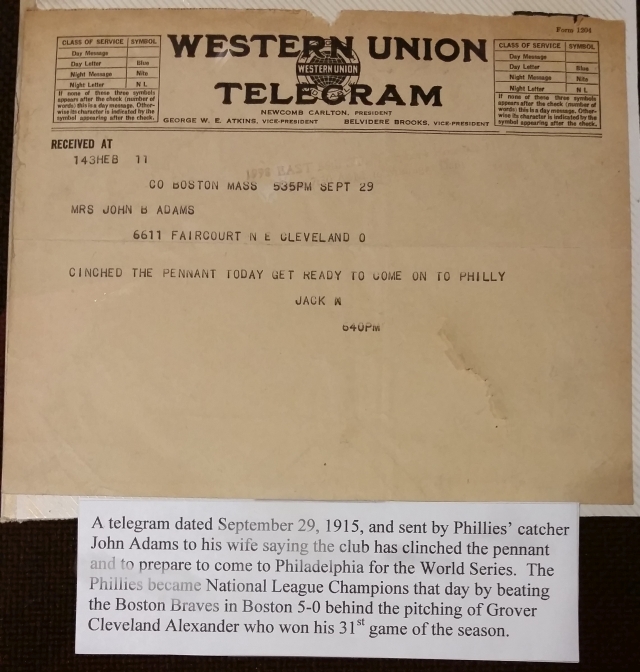 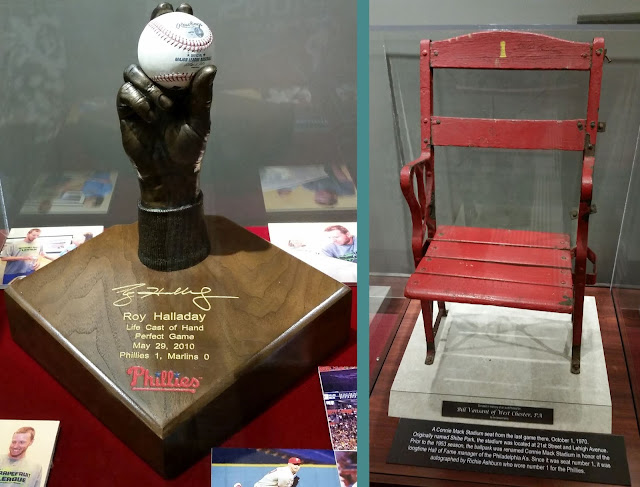 There are far too many things on display to show them all.  This collection of photos doesn't begin to do it justice.  If you have the opportunity, come early to a game with Hall Of Fame Club tickets and have fun exploring over 130 years of Phillies history.