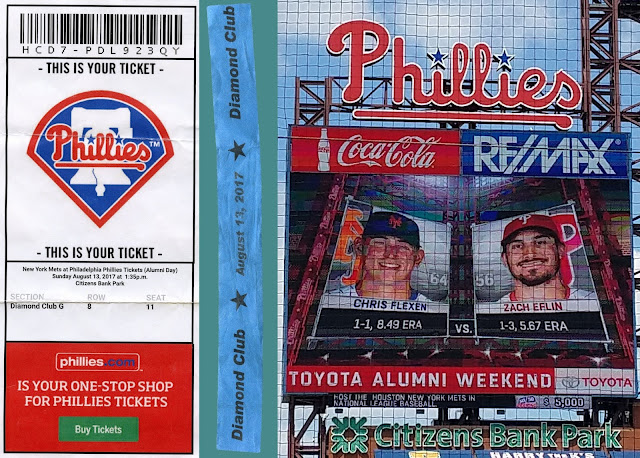 Pitching: Zach Eflin vs. Chris Flexen
Results: Mets defeated Phillies, 6-2
I don't often spring for Diamond Club tickets, but it's Alumni Day, when the most iconic players in the history of the Philadelphia Phillies return to be acknowledged by the fans.  Unfortunately, all-time hit king Pete Rose is not among them.  He was originally scheduled to be inducted to the Wall Of Fame yesterday and to attend the celebration today, but due to unproven allegations made by John Dowd on the radio, the invitation was rescinded. 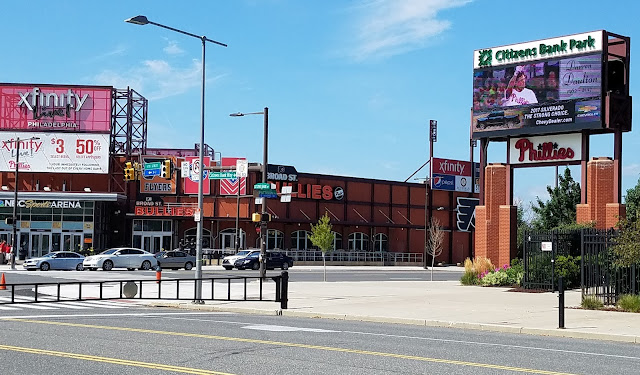 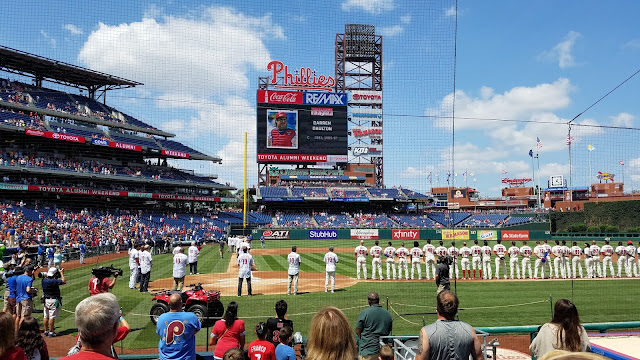 As unfortunate as Rose's absence was, it pales in comparison to the fact that Darren Daulton could not be here.  Dutch passed away last Sunday from brain cancer.  The Phillies legendary catcher was honored before the game and with his number 10 painted on the dirt behind home plate on the field. 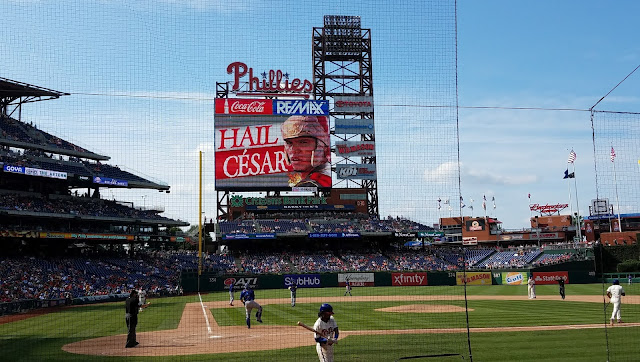 The Mets took an early lead in the top of the first after a Michael Conforto two run homer.  The Phillies looked like they would do some damage of their own in the bottom half of the inning.  Caesar Hernandez led off with a single.  Then, Freddy Galvis drew a walk and Odubel Herrera singled to shallow left field to load the bases with no outs.  Sadly, they only managed to score a single run when Rhys Hoskins grounded into a fielders choice for his first career RBI.  It was ruled a double play at first before it was challenged and overturned.  Nick Williams and Maikel Franco flied out to end the inning. 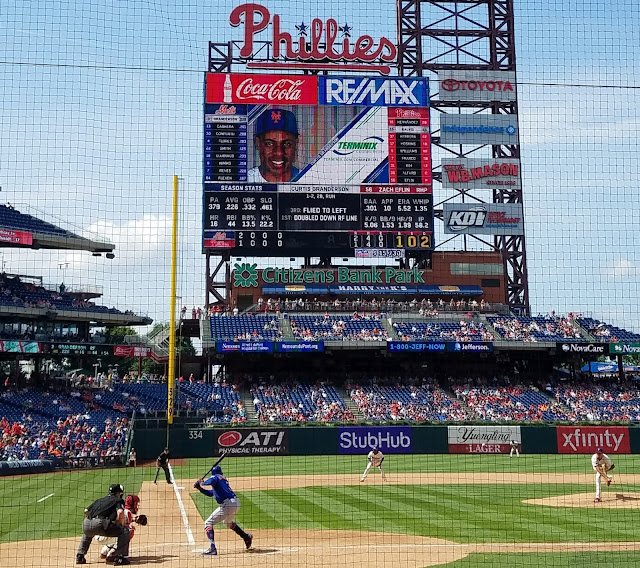 The score remained 2-1 until the top of the fifth when Curtis Granderson hit a two run homer off of Zach Eflin.
The moment that I'll never forget from this game happened in the bottom of the fifth.  Freddy Galvis led off the inning with a single.  Odubel Herrera then drew a walk to put a runner in scoring position for first baseman Rhys Hoskins.  The former Iron Pigs slugger made his MLB debut on Thursday and went hitless in the first three games of this series against the Mets.  With runners on 1st and 2nd with no outs, Hoskins hit a line drive to right field for his first hit in the big leagues.
For the second time, the Phillies had bases loaded with no outs, and for the second time, they only managed to score a single run, and that only came as a result of a wild pitch. 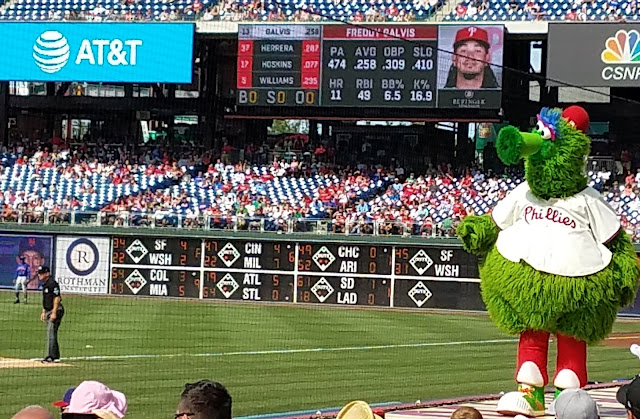 The story of this game was the lack of production from the bottom half of the Phillies lineup.  The 5-9 spots in the lineup combined to go 2 for 19 (both hits coming from Jorge Alfaro) with one walk and four strikeouts.  Nick Williams, Maikel Franco and Hyun Soo Kim were hitless on the night. 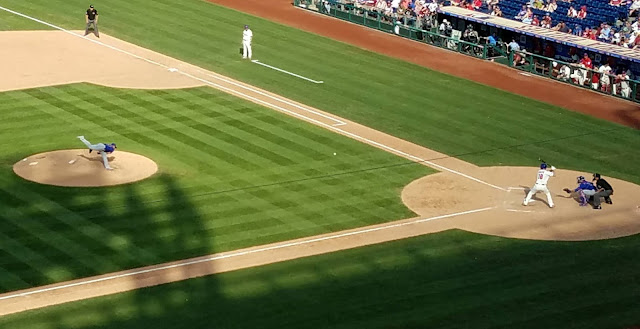 Meanwhile, the Mets continued to tack on runs with RBI singles from Curtis Granderson and Wilmer Flores off of Edubray Ramos in the top of the 7th to take a 6-2 lead that they held for the rest of the game.  Freddy Galvis struck out swinging in the bottom of the 9th for the final out. 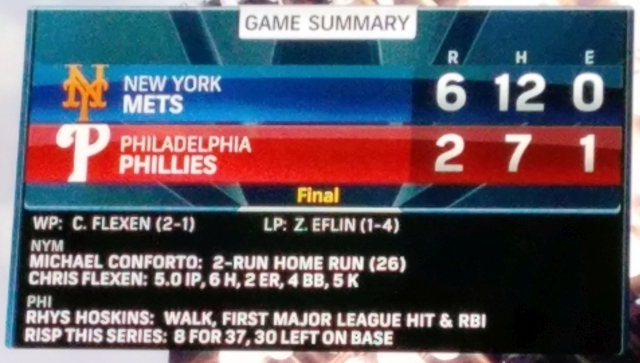 So, the Phillies lost three out of four to the Mets in this series to fall to 43-72 and just a mere 26.5 games behind the Nationals in the division.  Needless to say, it's not been an especially strong season for the rebuilding Phillies, but with Hoskins and Alfaro, there's reason to be hopeful for the future.