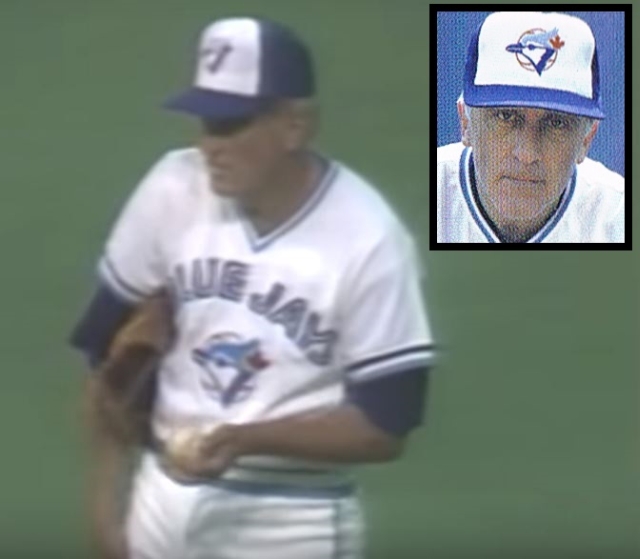 Phil Niekro
Toronto Blue Jays (1987)
Knuckeball throwing Hall of Famer Phil Niekro was traded by the Cleveland Indians to the Toronto Blue Jays 30 years ago today.  He was 48 years old at the time and finishing up what would be his last season in the league.

Niekro started three games for the Blue Jays and went 0-2 with an 8.25 ERA.  His last appearance for Toronto was especially brutal.  It was on August 29th, 1987 at home against the Oakland Athletics.  He started the game by giving up 5 earned runs on 4 hits, including a triple by Mark McGwire and a home run by Carney Lansford.  He also walked Jose Canseco and Dwayne Murphy.  He was pulled from the game with two outs in the top of the 1st inning after an RBI single by Mickey Tettleton.  Niekro was released from the Blue Jays two days later.

Thankfully, this was not the final start of his incredible career.  With just 12 days left in the regular season, Phil Neikro returned to the franchise for whom he made his major league debut back in 1964.  Niekro's only appearance for the Atlanta Braves in 1987 took place on September 27th against the San Francisco Giants.  While it was by no means a quality start (5 runs on 6 hits with 6 walks), he pitched into the 4th inning.  The Braves would lose the game, but their offense put enough runs on the board to spare Niekro from being the losing pitcher in his final start.