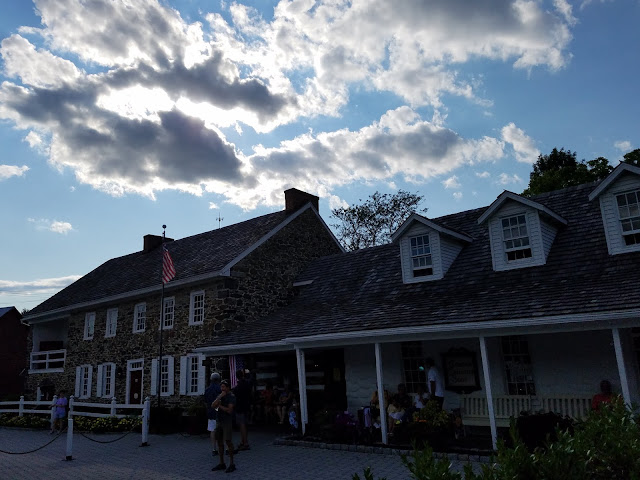 The Dobbin House - Springhouse Tavern
Gettysburg, PA
We had dinner at this restaurant two nights ago while we were in Gettysburg.  The building was established in 1776 and is the oldest standing structure in the city.  It was also believed to have been the first stop on the Underground Railroad in the years before the Civil War. 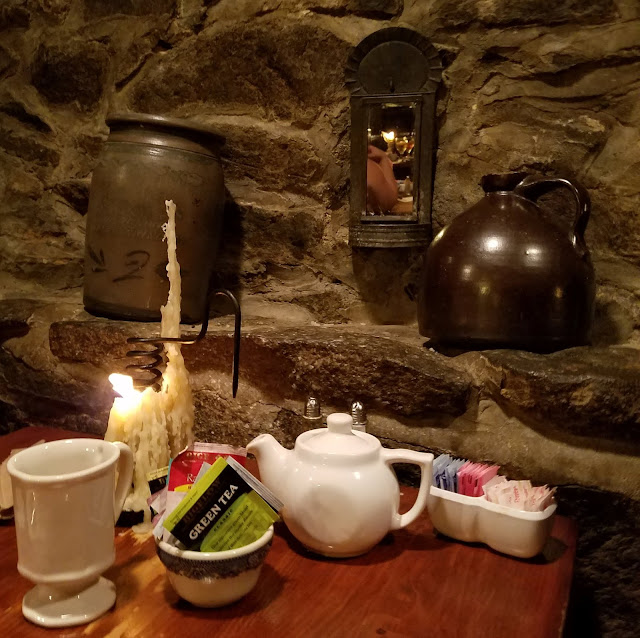 The Springhouse Tavern is in the basement, and it has an incredible atmosphere.  There are two fireplaces built into stone walls.  There's lots of dark and beautiful wood used for the bars and seating areas, and there are old candles and glassware at every turn.  I'm told there is actually a natural spring in the tavern as well, but I didn't see it.
Unlike most of Gettysburg which focuses attention on the historical role the city played during the Civil War, the tavern is based on the the colonial origins of the building and the Revolutionary War.  For example, the menu offers you a selection of tea.  You can choose from English Tea (for Loyalists) or Liberty Herbal Tea (for Patriots).  I had green tea, which I suppose is for folks like me of Hawaiian and Chinese descent.  They actually brought me a cup with a wide selection of teas to choose from, which was very nice. 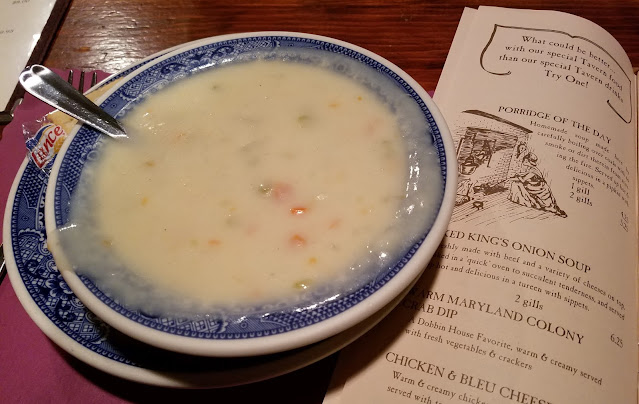 One of the appetizers on the menu is the porridge of the day, which is available in one or two gills.  I had two gills of potato chowder, which was delicious.

For dinner, we had a cut of rare steak that was perfectly done, and very tasty Maryland Colony crabcakes. 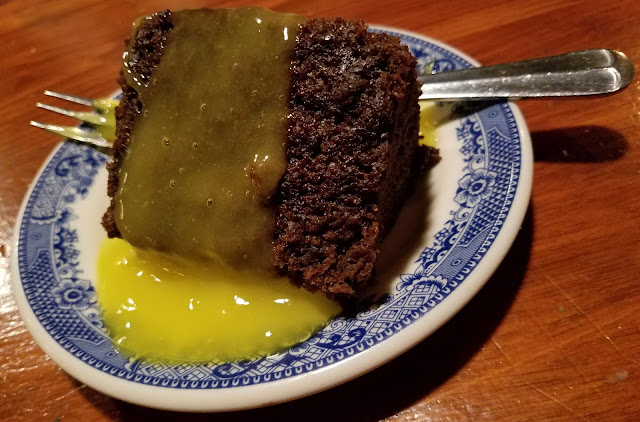 And finally, for desert, I had the Warm Colonial Gingerbread with lemon sauce.  It's not the kind of thing I typically have, which is exactly why I ordered it.  I gravitate to things that are specialties of the restaurant or something that I'm not likely to make at home or to buy in the grocery store.  This checked off all of those boxes, and it was a perfect end to an excellent meal.