You're A Tourist In Your Own Youth 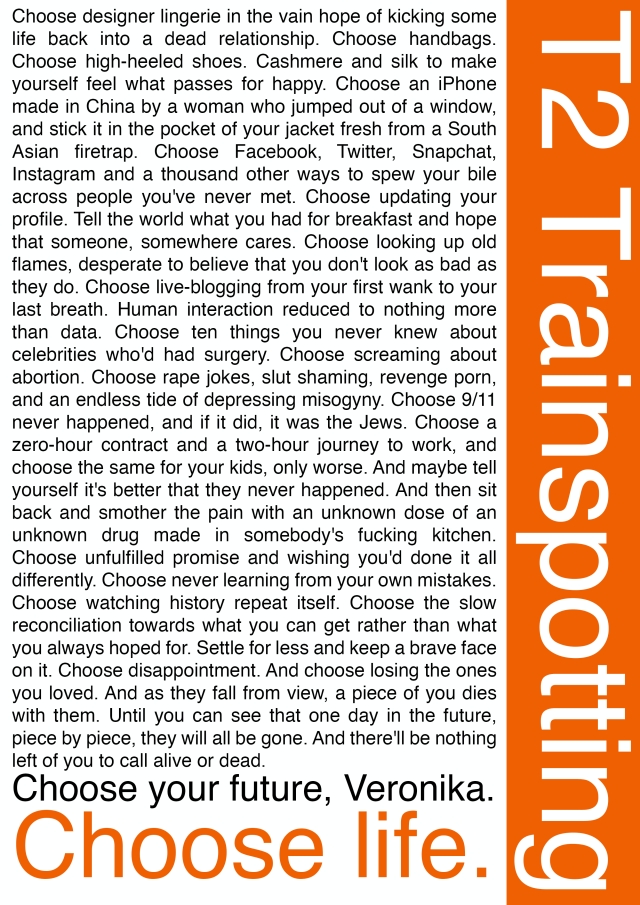 T2 Trainspotting
Sony Pictures (2017)
It's not often that a sequel to an iconic film is released over twenty years after the original.  It's even less often that such a sequel is not just a shameless cash grab and has a real story to tell.  To say that I was blown away by T2 Trainspotting would be an understatement.  This movie is absolutely brilliant.

Robert Carlyle, who plays Francis Begbie in both films, called it one of the best scripts that he'd ever read, and it will leave the audience with the feeling of "f*ck... what have I done with my life".  He's not wrong.