The Iron Pigs Are Going To The Playoffs 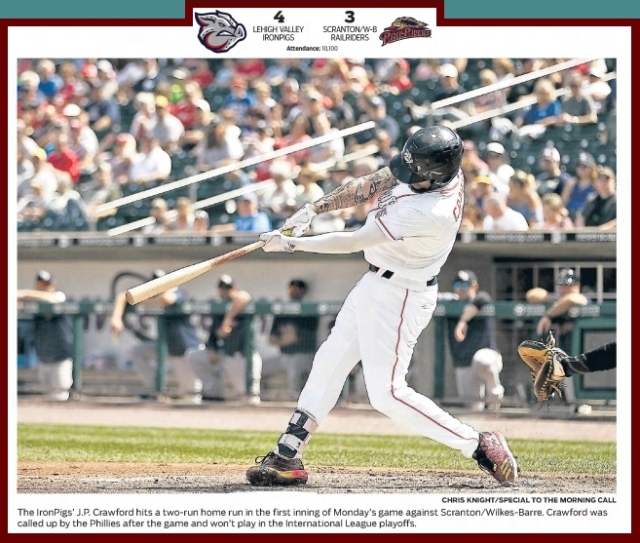 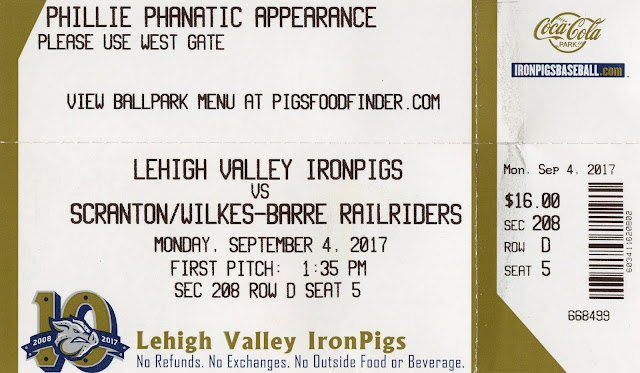 Pitching: Henderson Alvarez vs. Jose Pena
Results: Iron Pigs defeated Railriders, 4-3
This was the last day of the International League's regular season.  The Iron Pigs entered this game having won the first two games of this series against the Railriders.  A win would not only finish off a sweep of the division champions, but also clinch a spot in the post-season as the Wild Card. 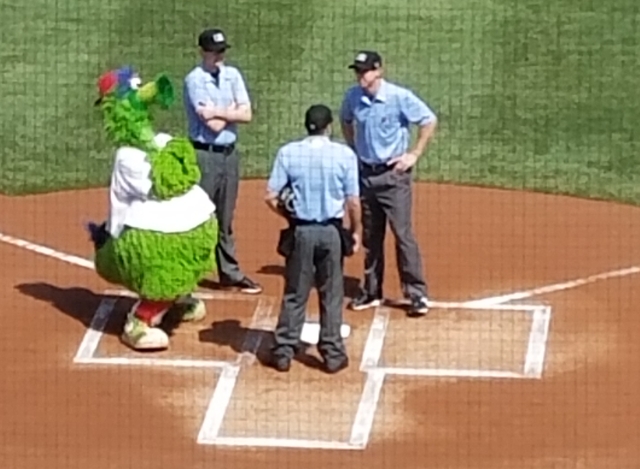 As an added bonus, the Philly Phanatic was in town for the game.  The best mascot in professional sports has a knack for making everything better.  I swear, he could make a funeral fun.  Phanatic or no Phanatic, going to see a game at Coca-Cola Park is always a very pleasant experience.  The ballpark is beautiful, they have an excellent selection of food, and there's really not a bad seat in the place. 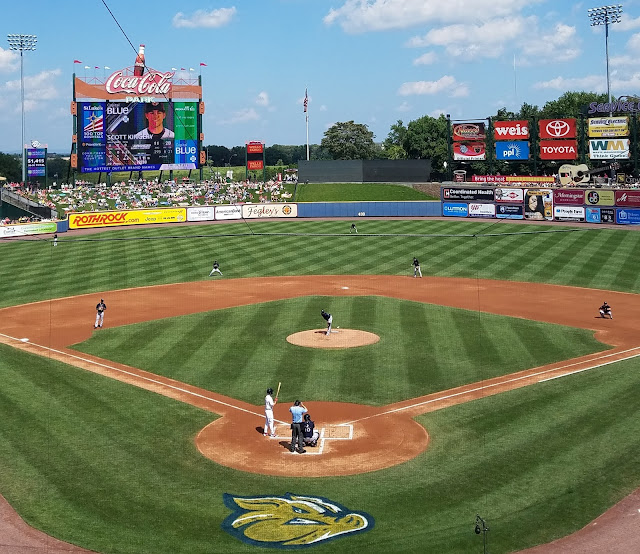 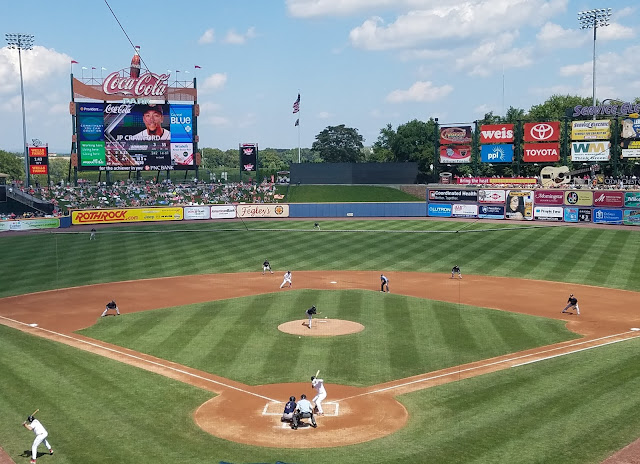 The game started off well for Lehigh Valley.  Scott Kingery drew a leadoff walk and stole second, after which the Phillies top prospect, JP Crawford, hit his 15th home run of the season.  They scored another run in the top of the 1st with a Dylan Cozens RBI single.  The Iron Pigs tacked on another run in the second to go up 4-0.  They wouldn't score for the rest of the game, but it was enough. 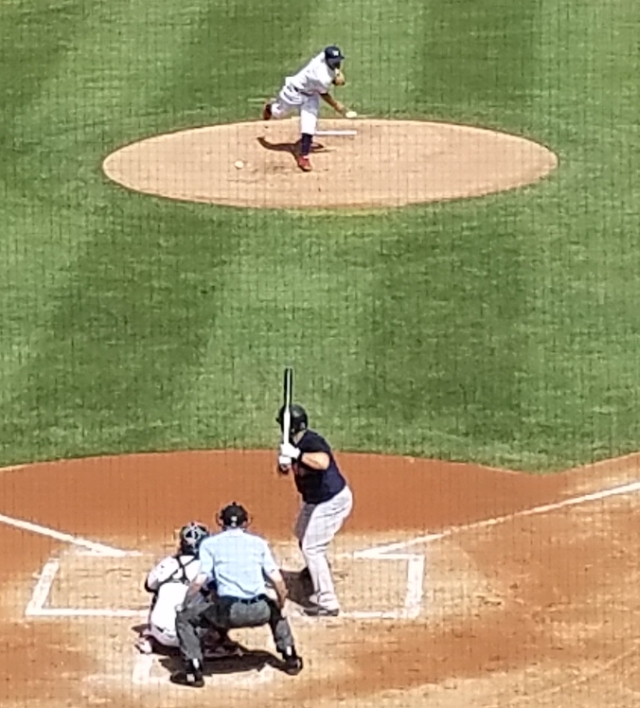 Henderson Alvarez pitched well for the Iron Pigs, giving up only one run on five hits in 7 innings of work.  He joined the Phillies organization just two weeks ago after spending parts of four seasons in the Major Leagues with the Blue Jays and Marlins.  The sinkerball pitcher is best known for the last game of the 2013 season in which he not only outdueled Justin Verlander. but also no-hit the AL Central Champion Detroit Tigers.  He was an All-Star in 2014 and was the Marlins Opening Day starter in 2015 before injuries derailed his career.  No one is expecting him to waltz into Philadelphia and pitch like he did in 2014, but he's definitely a bounce-back candidate.
The Railriders finally started to put together some offense in the 8th against Cesar Ramos and in the 9th against closer Pedro Beato, but each pitcher limited the damage to a single run which allowed the Iron Pigs to hang on to a 4-3 victory. 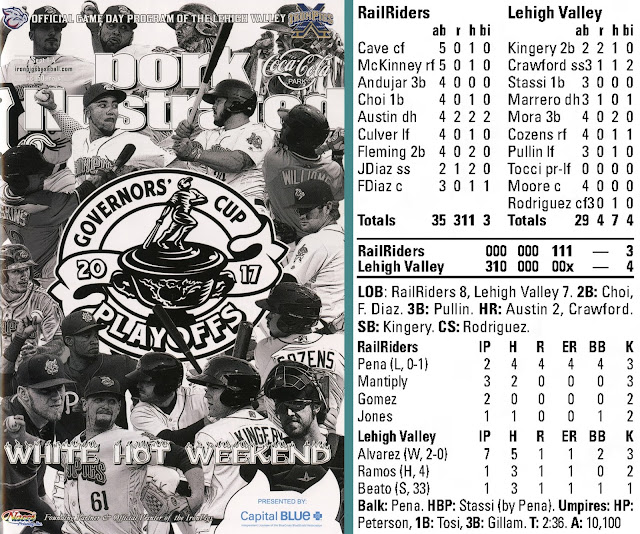 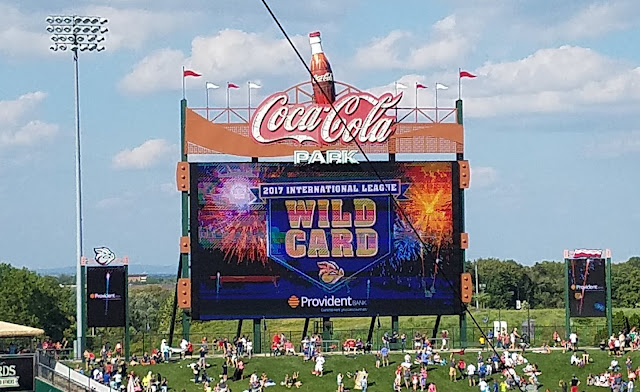 So, the Iron Pigs are the Wild Card team in the 2017 International League post-season.  Unfortunately for them, the team's biggest star, JP Crawford, was called up to the Phillies immediately after the game.  As much as I'm looking forward to seeing Crawford in Philadelphia, I'm not sure that this is the wisest move.  As much as Crawford would no doubt benefit from facing Major League pitching, I think he might benefit more from a post-season run in Triple A before he is called up.  I'm also not sure if he'll get as many plate appearances this Fall in Philadelphia with Freddy Galvis at shortstop.  Crawford's time in the big leagues will come, but if it were my decision, it would begin a couple of weeks later, preferably after an Iron Pigs championship.