The Evil Empire Strikes Back 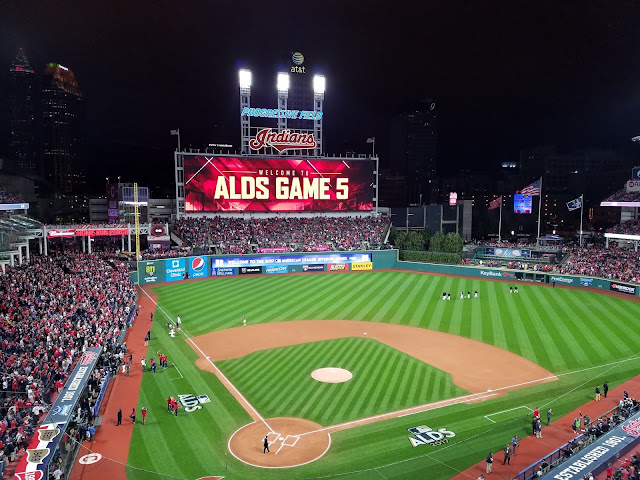 This game is a first for me.  I was living in Florida when the Phillies went to the World Series in 1993, and I moved back to Pennsylvania before the Marlins made it in 1997.  Then, the recent Phillies playoff run happened when I was in college.  I graduated in 2011, but then got married, got a new job, and bought a home, so both time and money were short.  By the time everything settled down, the Fightins were back in the basement of the NL East.  I've been to a lot of ballgames in my life, but I've never had the opportunity to be in attendance for a playoff game; not even for a minor league team.  As luck would have it, I'm in Cleveland for a few days with my job, and the Yankees managed to come from behind and force a Game 5 with the Indians in the ALDS, so I finally got to see a post-season game in person.
I haven't worn the gear of any other team besides the Phillies (or their minor league affiliates) since I was a kid, but I made an exception tonight.  Truth be told, I really didn't care who won this game, but I'm in Cleveland and they're playing against the Evil Empire, so of course I rooted for the Indians.  There's also quite a few icons that the Indians and Phillies have had in common in recent years, including Charlie Manuel and Jim Thome.  In fact, their current manager, Terry Francona, started his managerial career with the Phillies from 1997-2000. 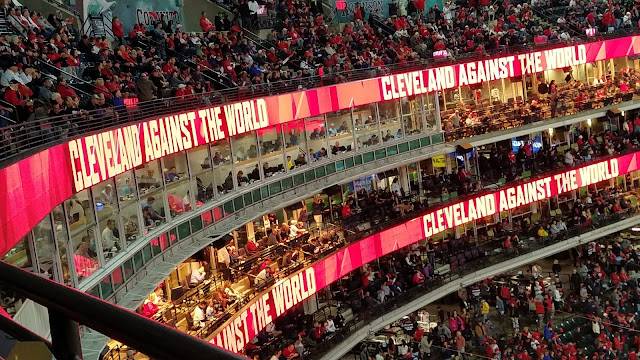 It was really easy to get into the vibe that Indians fans had going for this game.  Everywhere you looked, there were rally towels and playoff slogans, like "Rally Together" and "Cleveland Against The World".  Very cool. 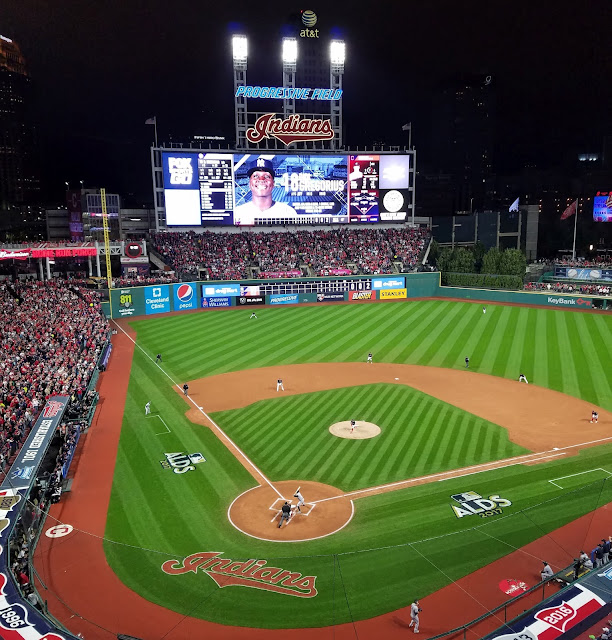 Unfortunately for Indians fans, the Yankees didn't waste too much time taking the wind out of their sails.  With one out in the top of the first, shortstop Didi Gregorius hit a solo shot to put the Yankees up 1-0, and they didn't give up the lead at any point after that. 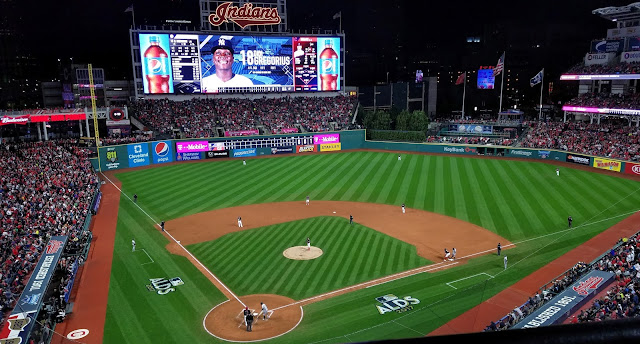 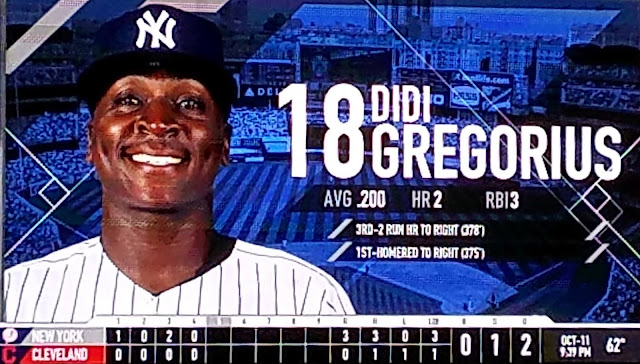 Didi wasn't done with Corey Kluber either.  With Brett Gardner on first in the top of the third, the Yankees shortstop hit his second home run of the night to put the Yankees up 3-0.
Meanwhile, CC Sabathia was masterful in shutting down his old team at the plate for the start of the game.  He didn't allow a baserunner until a Francisco Lindor single in the fourth inning.  The Indians finally managed to rally in the fifth.  Austin Jackson and Jay Bruce hit back-to-back singles, which was followed by back-to-back RBI singles from Roberto Perez and Gio Urshela.  After giving up four consecutive singles, David Robertson was brought in to relieve Sabathia.  He quickly got Francisco Lindor to ground out into a double play to end the inning and the Indians rally.  They wouldn't score again for the rest of the game. 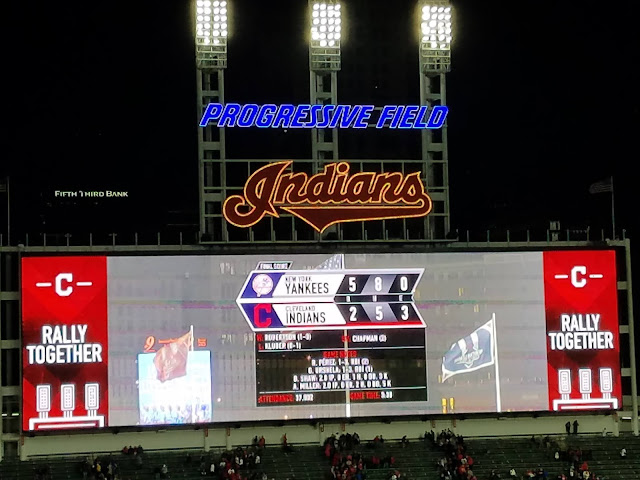 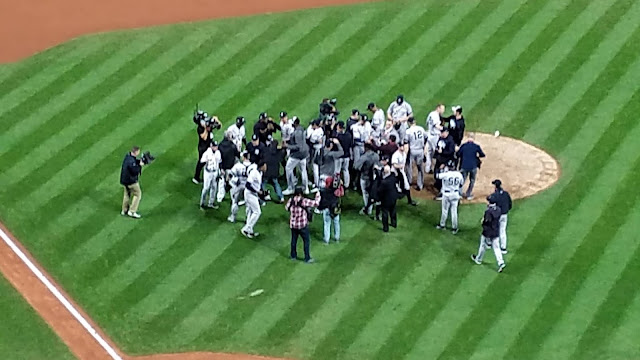 The Yankees tacked on two more runs in the top of the ninth after a Brett Gardner single, but they didn't need the insurance runs.  The Indians bats were ice cold against David Robertson and Aroldis Chapman.  The two relievers held the Indians hitless for the last four innings of the game, and allowed only two walks (Jay Bruce in the seventh and Jose Ramirez in the ninth).  As a mostly neutral observer, I felt pretty bad for the fans in attendance.  You could almost feel the life drain out of them after the rally killing double play in the fifth, and there wasn't much of anything for the rest of the game that they could get behind.
So, the Yankees are going on to the ALCS to face the Houston Astros.  Houston has been a juggernaut all season, but then again, so were the Indians and the Yankees managed to come from behind in the series to knock them out.  If I had to bet, I'd say that it's going to come down to the Astros against the Dodgers in the World Series, but it wouldn't surprise me a bit to see the Evil Empire continue to defy the odds and go all the way.