We Live In A Wheel Where Everyone Steals 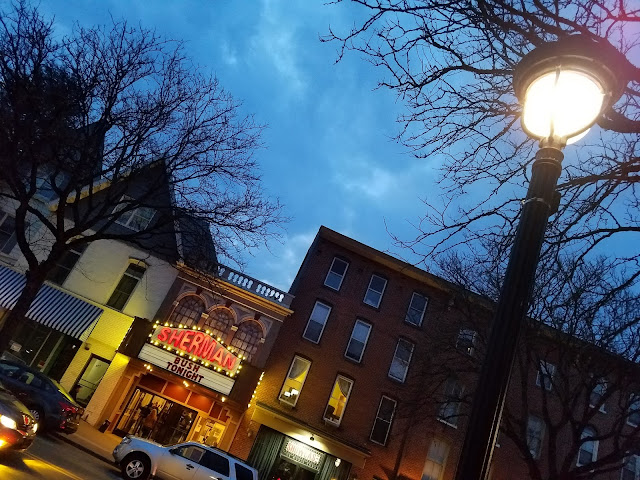 Atlas Genius - Bush
Sherman Theater - Stroudsburg, PA
Bush has been one of my favorite bands since I first heard them when I was 14 years old.  This is the second time that I got to see them live.  The first time was in support of their new album, Black And White Rainbows.  This time, they worked in a few more of their hits from the 90's and early 2000's.
The opening act was Atlas Genius.  I'm not super familiar with them, but I know that I've heard Trojans on the radio quite a bit.  It's a good song and they had a very good set, which included a surprise cover of the 1984 Dead Or Alive hit You Spin Me Round. 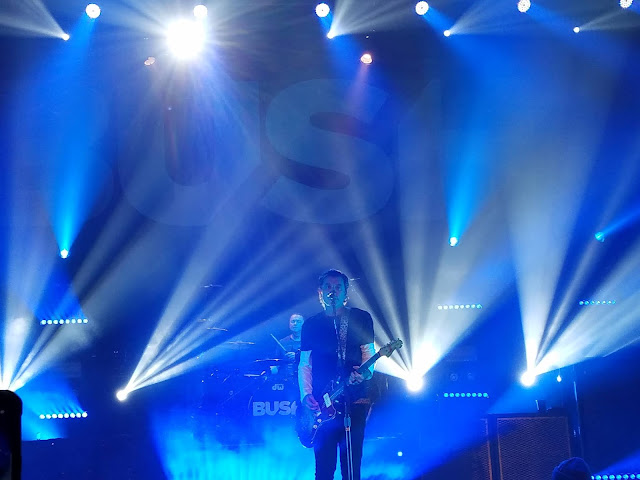 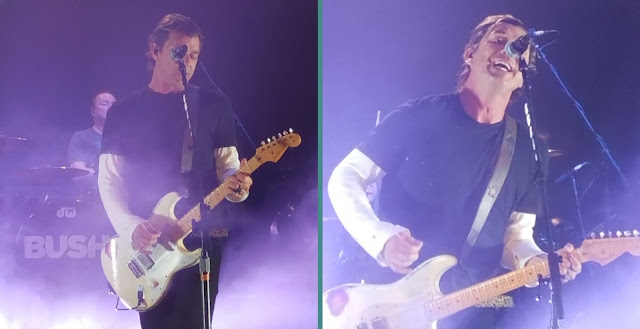 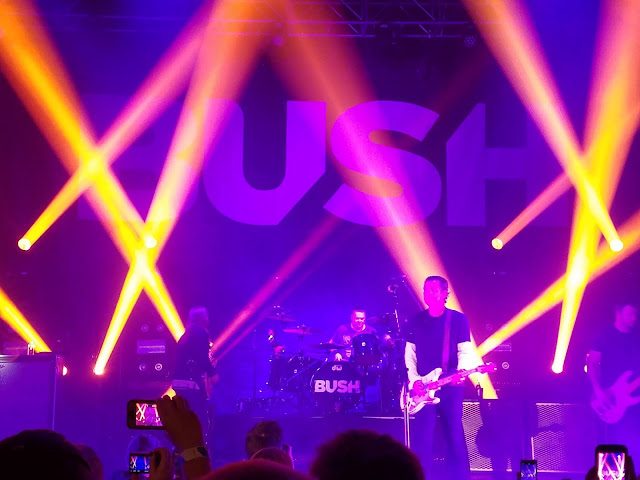 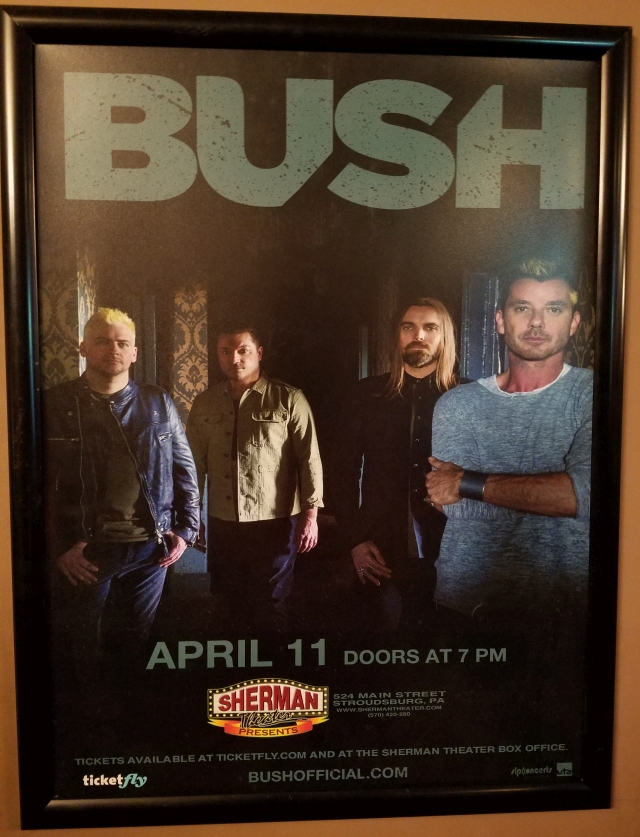 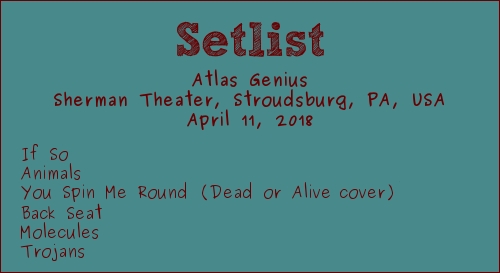 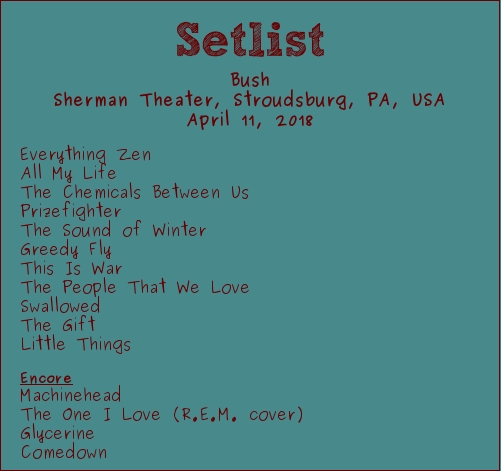