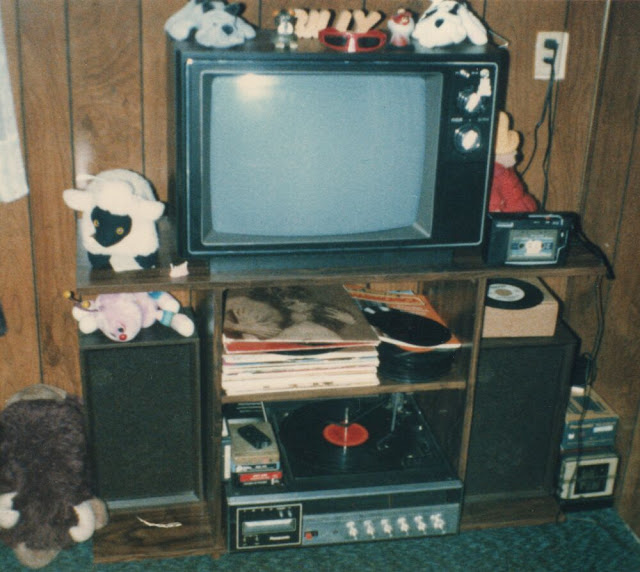 Random Photos From Childhood
This is my bedroom in Hazleton when I was a kid.  I spent a lot of time back then playing my mother's records and 8-tracks, discovering a love of music.  The cassette recorder was used mostly to record my family talking (usually without their knowledge), or to hold up to the tv to record episodes of Scooby Doo to listen to later on when I was coloring.

Some of my stuffed animals are hiding around here as well, including two little Pound Puppies on the top of the television, and a Lotsa Leggs on the left stereo speaker.  I think that might be Paddington Bear on the right hand side of the tv behind the cassette recorder.