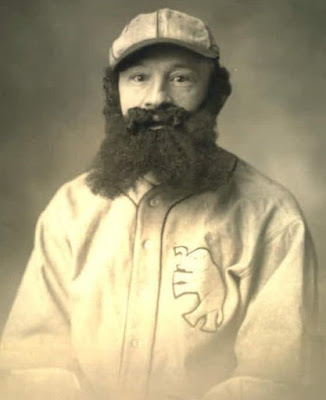 He finally made it to the major leagues in 1926 with the Phillies, appearing in six games with a total of nine major league at bats.  Stultz did not reach base, going 0 - 9 with two strikeouts and no walks.  The following season would be his last, playing 2B for the Martinsburg Blue Sox.  He died three years later on December 29, 1930 at the age of 37.

I could find no explanation for why he had the nickname "Satan", but I'm guessing that the wooly beard had something to do with it.