I Hope It Wasn't Greg Valentine 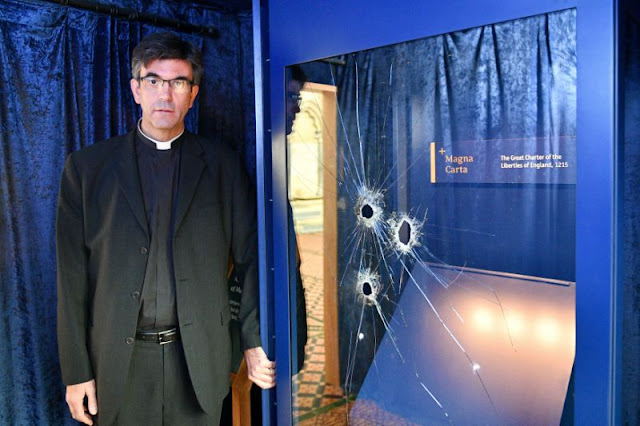 Yesterday, a man with a hammer broke through the protective case that housed the historic document and set off an alarm while attempting to steal it.  BBC News reported that the would-be thief was caught and arrested while trying to flee the scene.  The Magna Carta was not damaged, but it has been temporarily removed from the cathedral while they repair the display case.