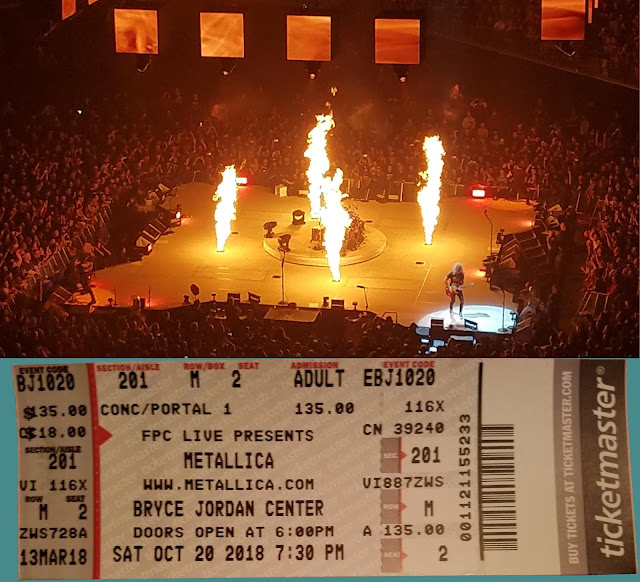 Metallica
Worldwired Tour
Bryce Jordan Center
State College, PA - October 20, 2018
Photo Album - Ticket
Traffic getting into this show was unbelievable, so we missed most of the pre-show with comedian Jim Breuer, but we didn't miss any of the concert.  It's the first time I ever saw a show in the round, so I wasn't sure what to expect, but the stage presentation was out of this world.  The highlight was the release of lighted drones during Moth Into Flame, a track off of their latest album that was inspired by the life of Amy Winehouse.

The setlist was a solid mix of classic hits, including Seek and Destroy, For Whom The Bell Tolls, Master of Puppets, One and Sad But True.  They also performed several tracks from their newest album, Hardwired To Self Destruct, which was given to everyone in attendance for free (either via download or a CD) in the months leading up to the show.  They closed with an encore trio of Blackened, Nothing Else Matters and Enter Sandman. 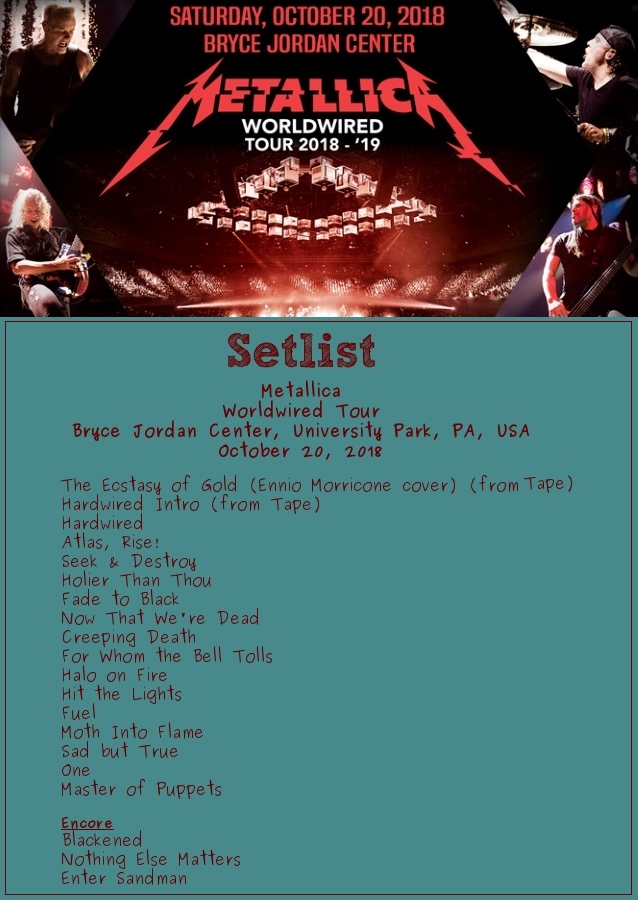 Update: it has been reported that the attendance for this show was 15,588.  This is an all-time attendance record at the Bryce Jordan Center.