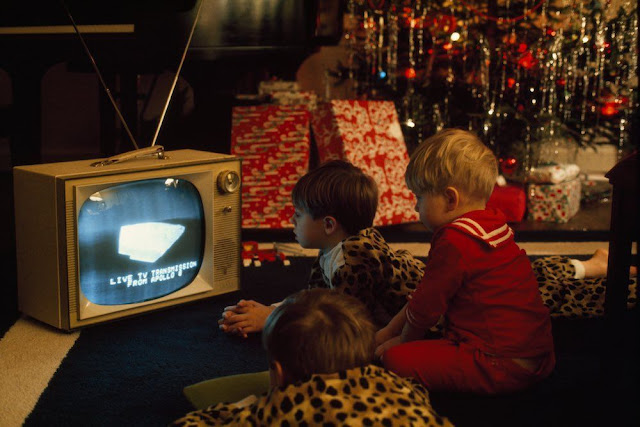 Apollo 8
Photo by Bruce Dale - National Geographic
On the morning of December 21st, 1968, the first human spaceflight to reach and orbit the moon launched from the Kennedy Space Center.  It reached lunar orbit fifty years ago today on Christmas Eve, and astronauts Frank Borman, James Lovell, and Bill Anders spoke to a live television broadcast that aired in 64 countries and was watched by an estimated 1 billion viewers.

This incredible photograph by Bruce Dale perfectly captures this moment with three young boys gathered around the television.  In this moment in time, the presents under the tree are an afterthought.