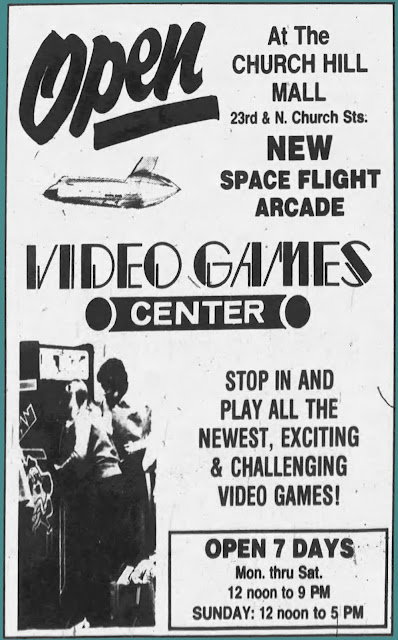 Aladdin's Castle in the Laurel Mall was the main arcade in town.  As new games were released, older games would be cycled out and would disappear.  When games like Bagman, Crossbow and Discs Of Tron were taken out and replaced with newer games, there was a good chance that I'd never get to play them again.  Most of the home ports of vintage arcade games on the Atari 2600, Sega Master System and Nintendo were very limited and bore only a faint resemblance to their arcade counterparts, while others weren't ported to home systems at all.  Many of the vintage arcade games of the late 70's and early 80's disappeared entirely until MAME and the emulation scene of the early 2000's brought them back to life.

Space Flight was my last chance I had to play these games before they disappeared.  Unlike Aladdin's Castle, it was an independently owned arcade.  They didn't get new games very often, so the old classics remained here throughout the decade.  This was the last place I would have the opportunity to play some of my favorite arcade games in my childhood, and for that reason, I will always remember it fondly.