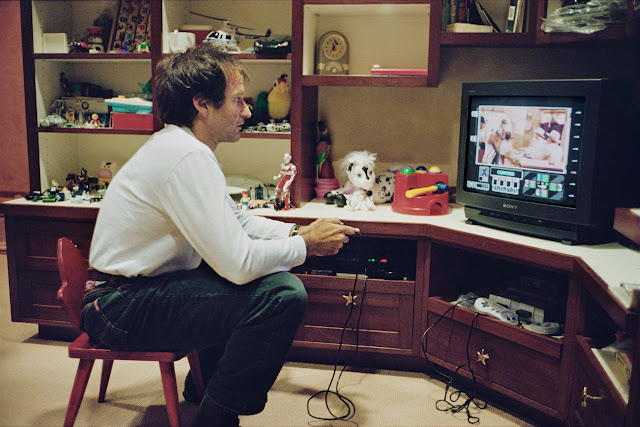 Robin Williams playing Sega CD (1993)
Photo by Arthur Grace - "Robin Williams, A Singular Portrait, 1986-2002"
I love this photo.  Robin Williams loved video games, and he looks completely enthralled by Ground Zero: Texas.  The little chair that Mr. Williams is sitting on and the toys on the shelves suggest that this was his daughter Zelda's play room.  He's playing on the original model Sega CD on the shelf to his left, and there's a Super Nintendo hooked up on the shelf beneath the television.